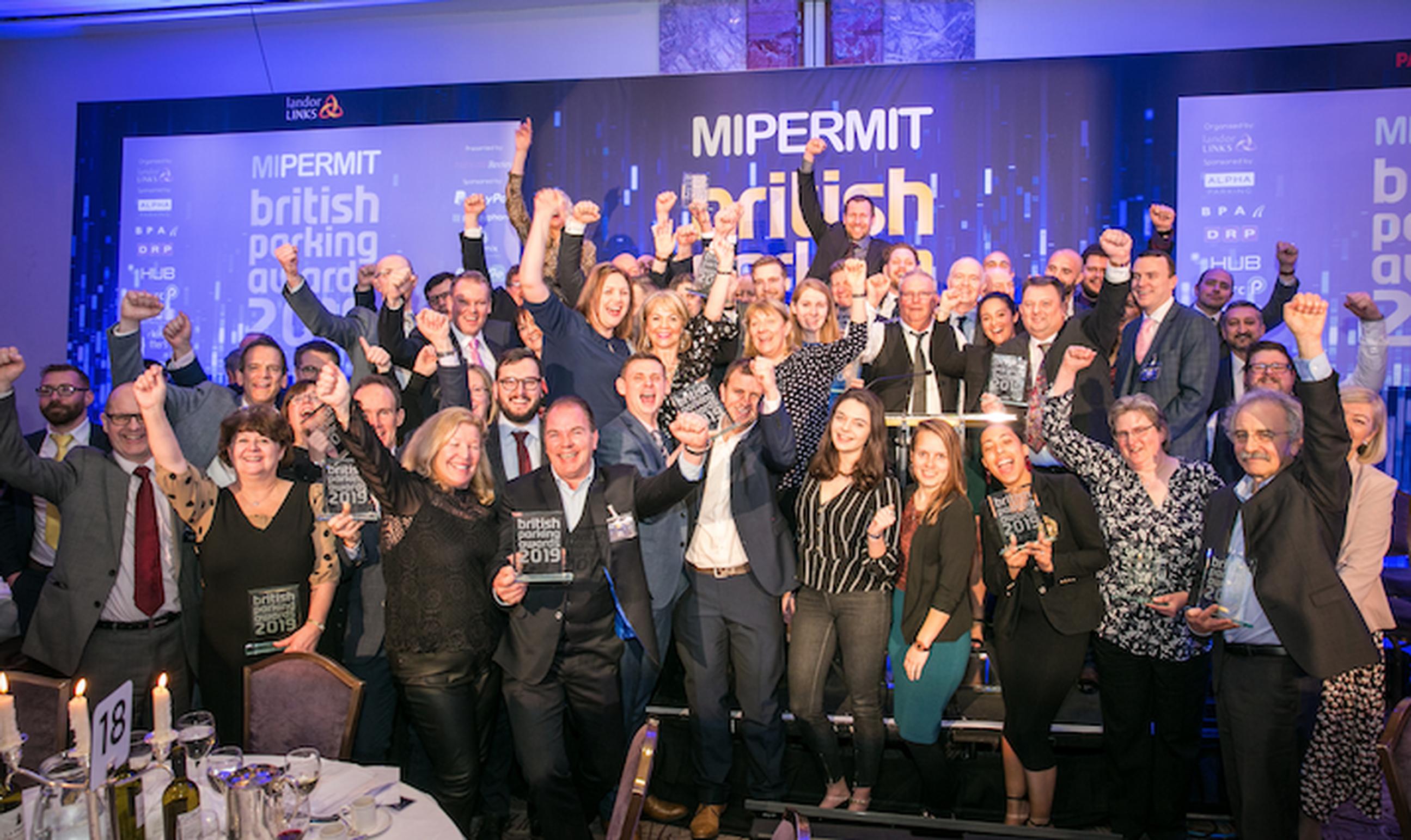 The British Parking Awards have been presented annually by Parking Review magazine since 2002, and the awards ceremony organised by Landor LINKS is the social highlight of the parking calendar.

The ceremony was compered by the comedian Shappi Khorsandi, who revealed that in being evicted first on I’m a Celebrity... Get Me Out of Here! actually made her the winner as she got to stay in a luxury hotel with her friends and family until all the other contestants were eliminated.

The event took place on International Women’s Day, which was referenced throughout the event by Shappi and awards presenters. For example, Paul Moorby OBE, speaking for headline sponsor MiPermit, struck an inspiring tone: “To every woman here: keep going, keep pushing the agenda and get to the top of your profession.”

The big winner on the day were a group of Essex councils, with the county’s parking partnerships collecting three trophies – the Parking Partnership Award, the Communication Award for the 3PR safer school streets campaign  and a Special Project Award for the remodelling of a car park in Colchester
Canterbury City Council in Kent won two awards for innovative partnerships with private sector technology providers – Parking as a Service with Imperial and a Parking Technology Award with Sagoss.

Manchester City Council and NSL were jointly presented with a Parking in the Community Award for tackling anti-social parking.  A community award was also presented to Bank Park, a company that raises funds for charity by running car parks.

The infrastructure categories saw the revamp of parking at the Bullring shopping centre receive the Refurbishment Award.

There was even an award for a car park that is no longer a car park: Southwark Council’s Peckham Levels cultural hub in south-east London.

The day saw the achievements of individuals working in the sector recognised. The Parking Person of The Year was David Taylor, head the Shared Parking Service established by the London Borough of Hammersmith and Fulham and the Royal Borough of Kensington and Chelsea.

Nigel Williams, managing director of Parking Matters, received a Lifetime Achievement Award for his service to the sector.

Inspiration Awards were presented to Marion Fisher, a well respected team leader in the Dorset Parking Partnership, and to Jo Abbott, who regularly represents the RAC Foundation on parking issues.

The next generation was recognised with Young Professional of the Year trophies being presented to Emily Adenuga of Your Parking Space and Antonia Hobden of Just Park.

The Jury Prize was presented to Penham Excel, Conduent and the British Parking Association for a campaign seeking  a change in the law to make it easier to enforce against persistent evaders.

There was also recognition for the Department for Transport’s Traffic and Technology Group, which was presented with the Parking Matters Prize for its support of work to develop international data standards for parking data.
www.britishparkingawards.co.uk