Free parking… will it save the High Street, the Universe and everything?

Probably not even the High Street, says John Siraut. (He is an economist, so trust him) 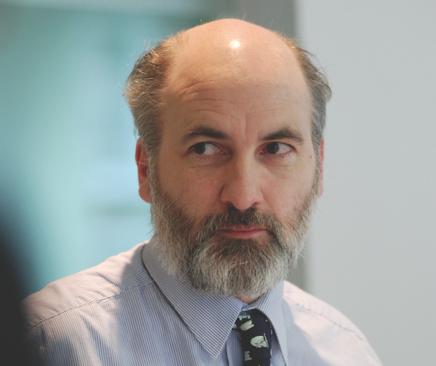 Economists see the world rather differently from other people. So, while the majority probably believe free parking is a good thing, as an economist I know it is not – except of course when I’m driving, in which case free parking is an excellent idea!

Few, if any, of us like to pay for parking. The writers of the sitcom Seinfeld made this point in a very male orientated way.

George Costanza to Elaine Benes: “My father didn’t pay for parking, my mother, my brother, nobody. It’s like going to a prostitute. Why should I pay when, if I apply myself, maybe I can get it for free?”

We don’t expect free food, free clothes, even free parking conferences. So, why is parking regarded as something that should ideally be free? I’m not sure why we make such a fuss about parking as we rarely pay for it. According to the RAC Foundation, only 6% of parking acts are actually paid for.

And the average amount spent on parking a year is just £60. Which perhaps might explain why parking provision is so poor – why would you provide parking if you are not going to get paid for it?

One reason why we don’t like paying for parking is that transport is, what we call in economics, a ‘derived demand’. The only reason why we spend money on it is to access something else  – whether that’s work, shopping, our family and friends. With a few exceptions, such as cruises or steam railway trips, we rarely travel for the sake of it. Even fewer people, I suggest, go for a car journey for the pleasure of being able to park a car, except members of the Car Park Appreciation Society (and that seems to have ceased to exist).

We tend to regard the cost in both money and time associated with transport as something to minimise as much as possible. So, a major reason we don’t like paying for parking is that we don’t get any direct benefit from it. A lot of economics hinges around the idea of the interaction of ‘demand’ and ‘supply’. As the demand for most product increases, its price rises. This encourages more people to supply that product until we reach a point where demand equals supply at a particular price.

When supply is fixed (it’s not easy to learn the knowledge, or add a new car park at a moment’s notice) and demand increases but there is no increase in price (e.g. it remains free) we end up with a situation of excess demand. Think about that long queue of people for taxis and no taxis in sight.

What happens when parking demand exceeds supply? The RAC Foundation has found that one-in-ten motorists say they are driving less because of the difficulty of finding parking spaces. Research by the consultant Atkins indicates that 30% of traffic congestion in town centres is the result of cars looking for parking. Traffic management can be put in place, but it is expensive.

A third economics concept I really need to flag up is ‘opportunity cost’. This is because we need to consider not only the cost of doing something, but also the cost of the next alternative option. If we provide space for parking we cannot use that space for something else, and there is a cost associated with not being able to do that something else.

There are plenty of stories about the unintended consequences of under-pricing a good, usually when we give it away for free. Plastic bags are one we are very familiar with. We apparently get through 8 billion plastic bags every year and many of them end up damaging our environment. By introducing a simple charge the number of plastic bags handed out in Scotland fell by 80%. A charge has now been introduced in England.

In transport the issues become more complex. Many of you will be familiar with crowded trains. I was involved in a project to increase the amount of rolling stock on a particular set of lines that were heavily overcrowded and where demand was expected to significantly increase. If additional rolling stock was not provided then a large number of people would not be able to travel. The additional rolling stock needed longer platforms.

The problem was that, even with the future large increase in passengers, the additional revenue received would not even cover the cost of leasing the new rolling stock. This meant the level of subsidy required for the service would have to increase in addition to the cost of extending platforms to lengthen trains

In parking demand exceeds supply usually because we don’t price it effectively or it is free. The result is we end up with chaos. Motorists give up trying to get to where they want to go. Traffic congestion is increased by people driving around trying to find a place to park – ideally a free parking space – even when there are paid spaces available.

One town, which will remain nameless, where Jacobs did a study, was looking at how it could increase parking supply to meet retailers’ concerns that current parking provision was inadequate. Parking was free but limited to two hours. It was costly to police the parking restriction and hence few checks were carried out. By monitoring parking we were able to show that around half the parking spaces were used by retail staff for all day parking – a common complaint in many areas where free parking is provided is that workers who arrive before the shoppers grab these spaces.

We touched upon the fact that parking is a derived demand and, in town centres, people are mainly parking because they are using the retail faculties. In reality, it is the strength of that retail offering which pulls in crowds, not whether or not parking is free.

Research also generally shows that it’s the availability of parking spaces that is the most important factor rather than its price. However, common sense states that not many people are going to pay £5 to park in your town centre if all you have to offer is a few charity shops and a newsagent.

Research done on behalf of ATCM and British Parking Association (BPA) examined the retail offer and parking costs in a large number of centres. Their findings made it clear that some smaller retail centres were charging a high price for parking given their limited offering. So, there needs to be a balance between price and the retail offer. And free pricing will rarely solve your retail difficulties.

It is notable that of 90% of shopping centres that had their own parking offer – a study by real estate manager JLL?found only 10% offered free parking – pay-on-foot was used rather than pay & display, which meant no penalty charge notices were issued. For these shopping centres it was important to keep the turnover of customers as well as covering the substantial cost of providing high quality parking.

Parking is not to blame

I would suggest the decline of the High Street has little to do with parking. The retail market is changing. Retail spend overall has recovered to where it was in 2007 before the financial crash, but bricks and mortar retail remains 10% lower and has barely moved in the last two years.

Remember opportunity cost? We must ask the question: Is parking cars a good use of space? What else can we use parking spaces for?

PARK(ing) Day is an annual worldwide event where artists, designers and citizens transform metered parking spots into temporary public parks. It is fun, but it there is serious side to the fun and frolics.

In a typical major town or small city, a parking space generates anywhere between £0 and £2,000 a year. In comparison, the space taken up by a car parking space could be rented for around £1,000 if it was used for retail and, if used, as part of a café could generate £30,000 of turnover.

People still need to get to our town centres to spend their money, but is on-street or surface parking the most sensible way of utilising our finite amount of land?

Certainly in London, and other major cities worldwide, we are seeing increasing pressure to take out parking space and use it for far higher value added activities – Paris has just announced its intention to take out 55,000 parking spaces a year for the next 10 years.

I’ll leave you with some back of the envelope calculations. There are probably 30 million off-street parking places in the UK, the vast majority of which are provided free of charge to users. They take up around 30,000 hectares. If they were all charged for we could perhaps free up 50% of them, giving enough room for 375,000 urgently needed homes, at present average build densities, or to grow enough wheat for 150 million loaves of bread a year. The real cost of free parking is a lot less homes and a lot less food.