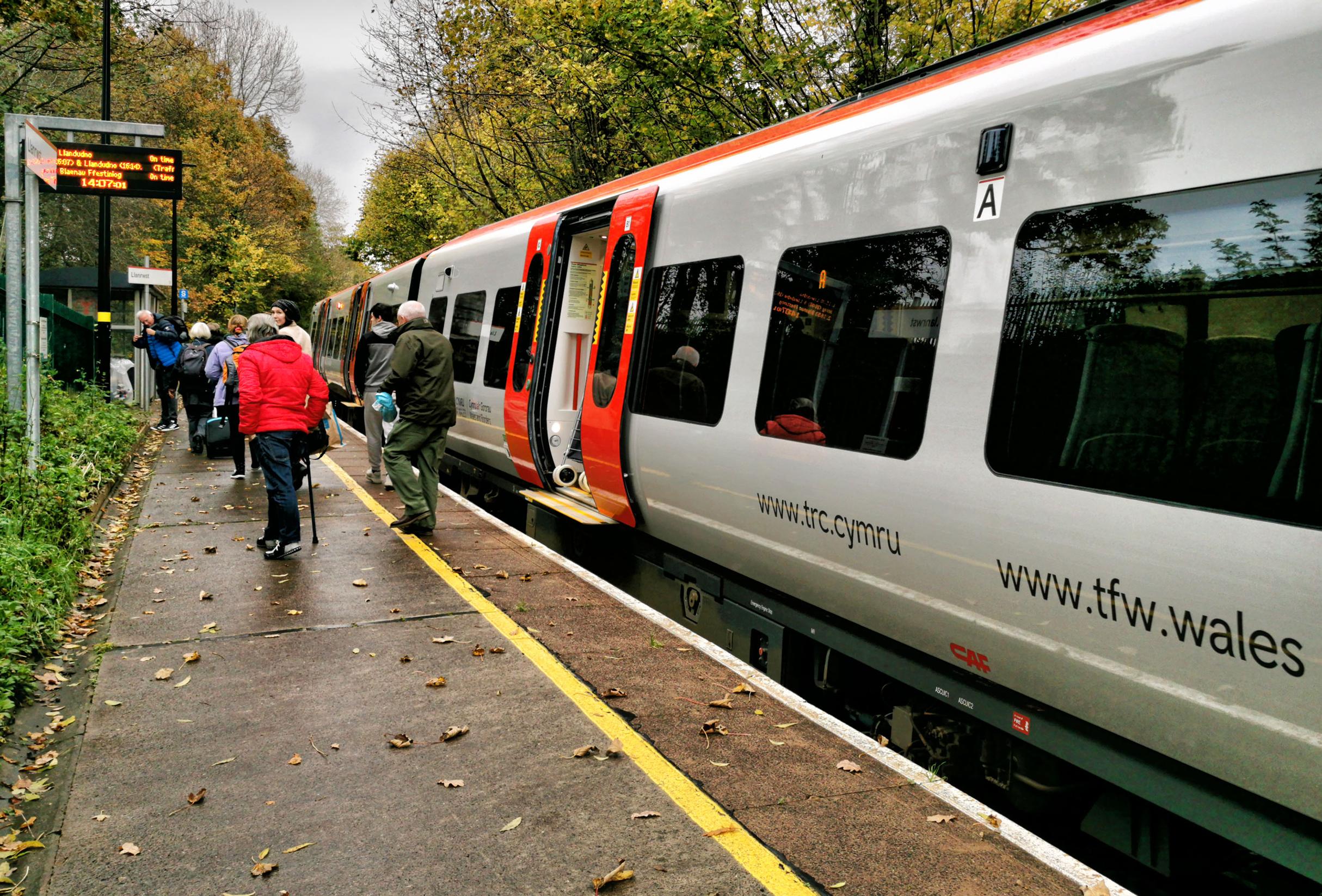 The first new train in 22 years on the Wales and Borders network has begun operation in North Wales. The diesel unit, built by CAF in Newport, entered service on 14 November on the scenic Conwy Valley branch line.

It is the first of 148 new trains ordered by the Welsh Government in 2018, with the aim that 95% of Wales and Borders journeys will be on new rolling stock. There will be 77 Class 197 diesel units from CAF for long-distance services and some shorter routes.

Stadler will supply tram-trains and tri-mode units for the Valley Lines, along with diesel units for local services which use the main line out of Cardiff Central. The Conservative UK Government cancelled electrification of the main line west of Cardiff in 2017.

The Class 197s will initially be rolled out on services operated out of Chester depot, including those to Liverpool Lime Street and Manchester Piccadilly. They are due to commence operations to Cardiff via Hereford in the spring, once enough South Wales traincrew have been trained on the units.

The last new trains on Wales and Borders services were the Class 175s, which First North Western introduced in 2000. When the first 15-year Wales and Borders franchise was procured three years later, the Labour UK Government rejected proposals from Arriva for new trains to replace Pacer units and the franchise was premised on almost no growth in demand and service frequency arising during the 15-year term.

Since 2003, Wales and Borders has struggled to provide sufficient capacity with its ageing fleet. Transport for Wales ordered old rolling stock from other parts of Britain as temporary cover for the withdrawal of Pacers last year, but some has proved unreliable and the fleet of former London Underground trains – due to enter service in May 2019 – has yet to carry any passengers.