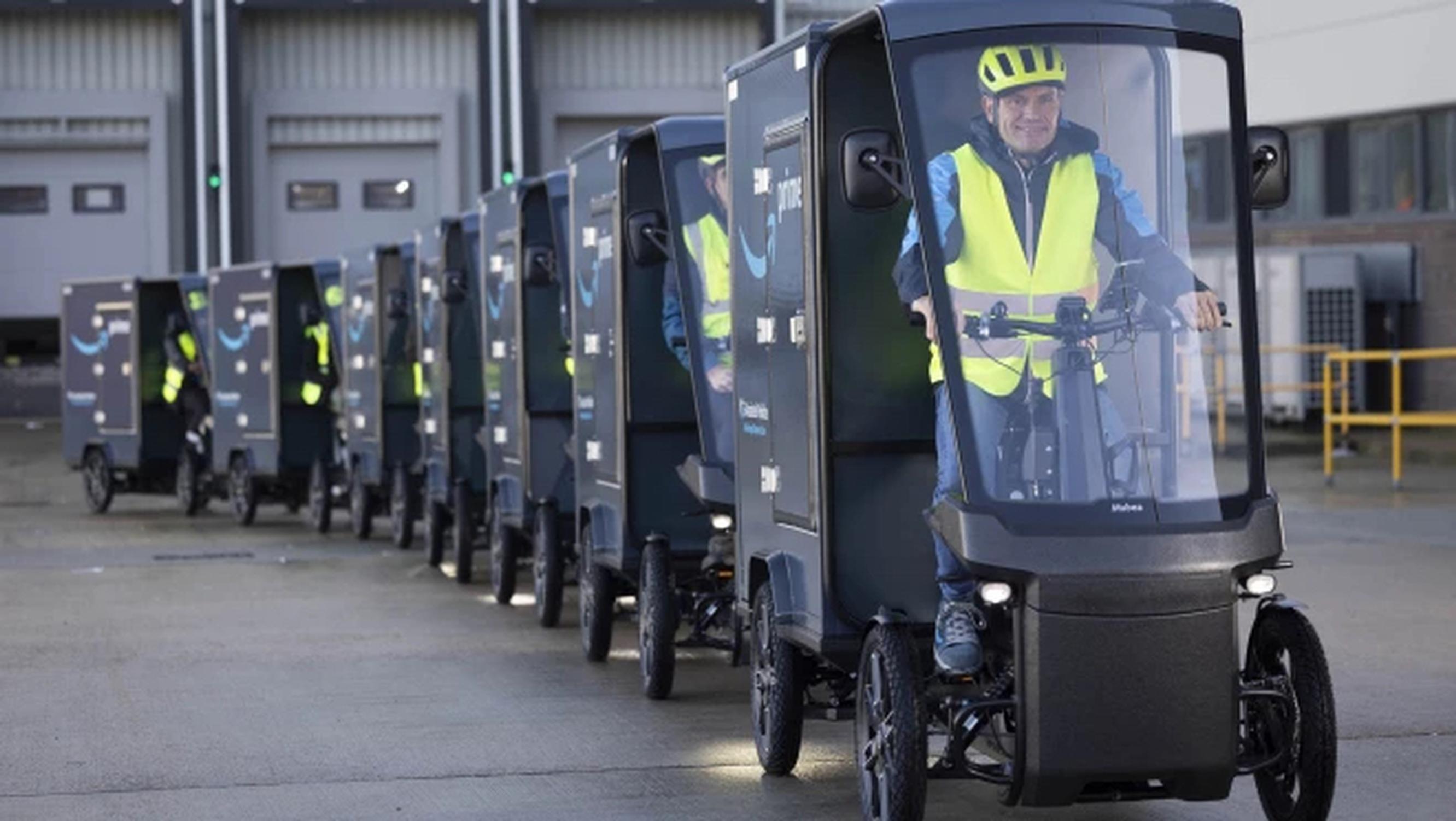 Unveiled as part of a five-year £300 million investment in the electrification and decarbonisation of the company’s UK transportation network, e-cargo bikes and walkers are now expected to make more than two million deliveries a year.

Amazon opened these new hubs ahead of Black Friday to deliver to customers with reduced emissions deliveries during this busy shopping period. The hubs join Amazon’s existing central London e-cargo bike fleet, announced back in July.

Amazon has already made more than five million deliveries so far in 2022 using its e-cargo bikes and electric van fleet within London’s Ultra Low Emission Zone.

Amazon also this week announced further micromobility expansion plans across France and Italy. E-cargo bikes and on-foot deliveries are now operational from hubs in more than 20 cities across Europe. In addition to this delivery fleet expansion, Amazon is investing in thousands of chargers across its European facilities.

“With more than €1 billion committed to electrifying and decarbonising our European transportation network over the next five years, including more than £300 million in the UK alone, we remain laser focused on reaching net carbon zero by 2040,” said John Boumphrey, UK Country Manager, Amazon.

“These new hubs will not only bring our customers more electric-powered deliveries, but also support local authorities looking for ways to reduce congestion and find alternative transportation methods. We look forward to expanding our e-cargo bike fleet further in the coming months.”

“E-cargo bikes can play a vital role in reducing emissions, and that’s why we’ve already helped hundreds of firms to use them for deliveries,” said Decarbonisation and Technology Minister, Jesse Norman. “With ever more people buying goods online, it’s more important than ever that we move to greener alternatives, and today’s announcement is one step closer to achieving that goal.”

More than 1,000 electric delivery vans are already in operation on UK roads, in addition to five fully electric Heavy Goods Vehicles – these 37-tonne vehicles are among the first in the UK, the first in Amazon’s fleet, and replace traditional diesel trucks.

Amazon is the co-founder of and the first signatory to The Climate Pledge, a commitment to reach net-zero carbon by 2040. With more than 375 signatories, including more than 100 from the UK alone, the Pledge signatories are working together on initiatives to preserve the natural world and invest in decarbonising technologies. Amazon also recently announced that it has surpassed 100 renewable energy projects across Europe. As the largest corporate purchaser of renewable energy globally, Amazon reached 85% renewable energy across its business by the end of 2021, on its path to reaching 100% renewable energy by 2025.