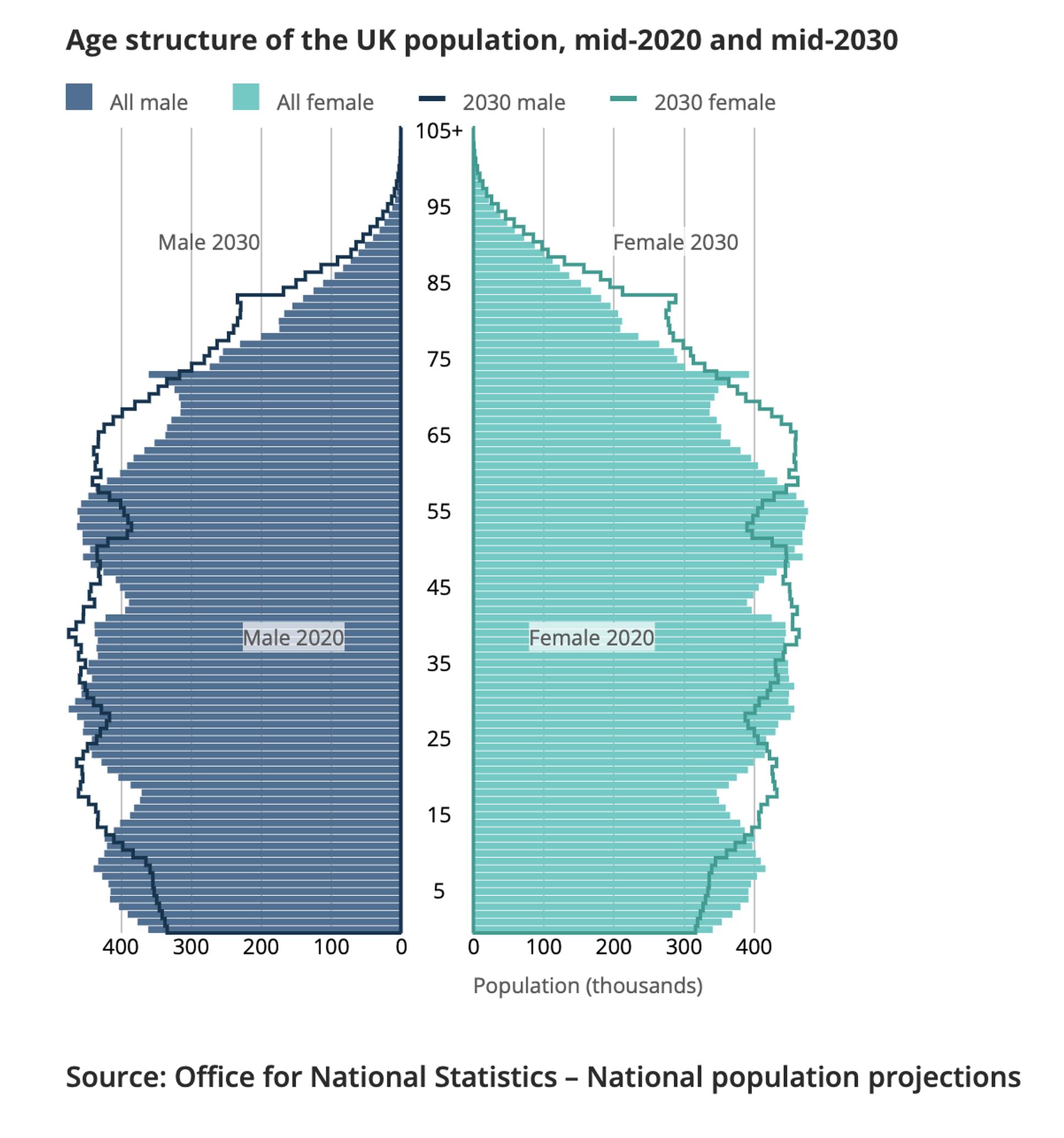 The UK’s population is growing at a slower rate than previously forecast, reveals a new report from the Office for National Statistics (ONS).

The information will raise questions over transport planning decisions, for example in terms of demand forecasts and housing plans.

This rise will be driven by a net 2.2 million people migrating into the country.

Over the next 10 years, there is projected to be a total of 59,000 more deaths than births, the ONS estimates. “This reflects lower projected fertility rates for all countries and an increasing number of older people as those born in the baby boom generations after World War Two and in the 1960s reach older ages.”

The ONS figures confirm recent evidence that the UK population is growing much slower than previously expected, said the consultancy Quod. However, Government guidance says that housing numbers should still be based on the old 2014-based numbers. “These new projections, however, are likely to inform any future changes to guidance on housing need,” said Quod director Barney Stringer.

Martina Juvara, director at consultant URBAN Silence, said the new projections from the ONS show that the population curve is flattening. “By 2032 (the target date of many Local Plans and Transport Plan) could be nearly 2.4 million people lower than using Government calculations,” she said. “This means a reduction of roughly 100,000 homes/year in the housing targets (30%!) and presumably a significant reduction in projected traffic. The problem of affordability remains, and the need to shift towards sustainable active travel too, but these ONS figures mean that all housing and traffic models are open to challenge: hopefully planners will be open to a rethink too, and fast!”