Still Dancing With Tears In My Eyes

Transport professionals must strive to ensure the Government’s Transport Decarbonisation Plan fulfils the upper limit of its aims, both in technological and behavioural terms, writes Glenn Lyons 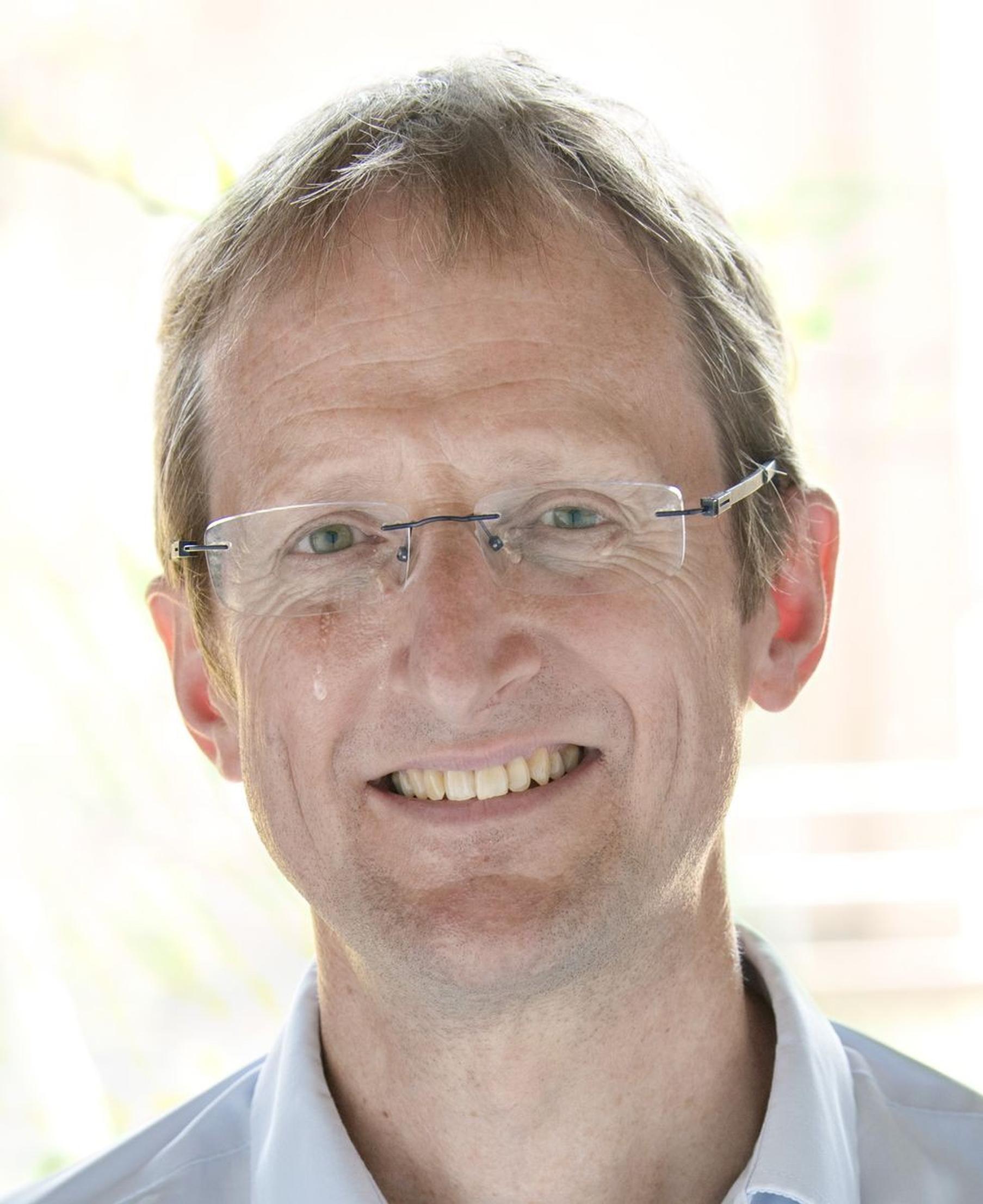 The dictionary definition of news is “newly received or noteworthy information, especially about recent events” (and also “information not previously known to (someone)”). The IPCC report on climate change that amounts to a ‘code red for humanity’ was news on 9 August 2021 when it was published. But the world can only pay so much attention and this news was soon eclipsed by news on 15 August that the Taliban had swept into Kabul, the capital of Afghanistan.

Indeed, on 29 August an article in the Express headlined “Extinction Rebellion morons danced as Afghans died” seemed to imply the impossibility of simultaneously worrying about a crisis in Afghanistan and (still) worrying about the planetary crisis.

The IPCC report remains noteworthy information, as does the UK Government’s Transport Decarbonisation Plan. On that basis, and especially if you didn’t see it first time around, it didn’t seem inappropriate to offer up this article again which I first wrote on 9 August and which was first published on the Greener Transport Solutions website on 12 August. It’s about the IPCC’s report, the Transport Decarbonisation Plan and Ultravox. I’ve made a few small updates.

Anxiety and the state of science

In the arms of my wife and with my six year-old son down the hallway, I eventually slipped into sleep on Sunday 8 August 2021, wrestling with climate anxiety as I anticipated the already trailed news from the Intergovernmental Panel on Climate Change (IPCC) due the following day. The next morning I watched the live briefing from the IPCC on its latest publication contributing to the Sixth Assessment Report which considers the physical science basis – a digestion of the state-of-science knowledge about, and assessment of, climate change.

The full report runs to a staggering near 4000 pages. At the start is a 41-page ‘Summary for Policymakers’. There is an important pre-publication approval session in which these 41 pages are subjected to “line-by-line scrutiny by government representatives in dialogue with around 70 report authors”. This session was conducted virtually for the first time, successfully addressing connectivity, inclusivity and transparency. With record attendance of 739 participants, there were zero technical hitches. It felt as though this achievement was being emphasised in light of the forthcoming COP26 for which many, many air miles will be generated to secure face-to-face dialogue and negotiation.

From the briefing and from a first look at the Summary for Policymakers report, the following was my initial takeaway: The science has got (even) better since 2013.

Almost all warming since the late 1800s (unprecedented in magnitude in the last 2000 years) is unequivocally human-caused: we are responsible for climate change and it is in our hands now to do something about it. As things stand, "nobody's safe and it’s getting worse faster". We are now living the consequences of climate change everywhere and should be prepared for more: "with further warming we can expect to see new extremes that are unprecedented in magnitude".

Of the five IPCC illustrative emissions scenarios, "[g]lobal surface temperature will continue to increase until at least the mid-century under all emissions scenarios considered". For the most optimistic very low future emissions scenario “it is more likely than not that global surface temperature would decline back to below 1.5°C toward the end of the 21st century, with a temporary overshoot of no more than 0.1°C above 1.5°C global warming". It would get worse before it gets better, but only better if we can achieve immediate, rapid and large-scale reductions in CO2 emissions. The question is now whether COP26 is able to commit to and, in turn, assure delivery of these?

Our anxiety [about climate change] can be eased if we each seek to play our part, collectively also putting pressure on those who wield more power to play theirs

Moving beyond the technology fix

Preceding the IPCC reporting above, the UK Government’s Transport Decarbonisation Plan was published on 14 July 2021, running to a comparatively modest 220 pages. Having led a piece of supporting work by Mott MacDonald and partners to develop a series of technology roadmaps for the reduction and removal of direct emissions from domestic transport, I was particularly keen to see what it had to say. The day after its release I published a LinkedIn article with my assessment which is titled “The Transport Decarbonisation Puzzle (TDP)”.

In the Foreword to the TDP is the following paragraph that has caught attention: “It’s not about stopping people doing things: it’s about doing the same things differently. We will still fly on holiday, but in more efficient aircraft, using sustainable fuel. We will still drive on improved roads, but increasingly in zero emission cars. We will still have new development, but it won’t force us into high-carbon lifestyles.”

Is this code for greening business as usual (as opposed to a response to code red)? The TDP certainly appears skewed more emphatically towards technology fix than behaviour change, though it refers to both.

Technology fix could take us a long way towards decarbonising transport by 2050 in terms of direct (‘tailpipe’) emissions, but it is by no means guaranteed and involves a complex series of transitional changes across modes, with fleet turnover and scaling of new infrastructure. This does not address other emissions including those associated with production, maintenance and disposal of vehicles, and with infrastructure. With the stark reminders in the latest IPCC report of what is at stake if countries around the world do not act swiftly to decarbonise, is the UK going to aspire to lead on areas other than technology fix when it comes to transport?

The thorny issue of a £27bn road investment strategy remains. There is no mention of road pricing in the TDP. ‘Fly less’ and ‘fewer flights’ are not mentioned. There are multiple references to behaviour change for surface transport including: “[a]s we build back better from the pandemic, it will be essential to avoid a car-led recovery”; “we must make public transport, cycling and walking the natural first choice for all who can take it”; and “[w]e want to reduce urban road traffic overall”. However, behaviour change in terms of any explicit measures to curb ongoing car dependence seems to have been left in the hands of others: “[l]ocal authorities will have the power and ambition to make bold decisions to influence how people travel and take local action”.

From a reference point of only a few years ago, having such a plan is a considerable achievement and source of encouragement. Yet it also reminds us of the huge task ahead and, together with the IPCC report, of the consequences of failing to deliver. Intention needs to be turned into action. Such action cannot only be in the UK (which has less than 1% of the world’s population) but is needed at a global scale.

Tears in our eyes - but still determined

Since the TDP was published more extreme weather events have occurred around the world. The haunting video of people on a ferry fleeing raging fires on the Greek island of Evia in early August has been described as apocalyptic, a scene from a disaster movie. The science is playing out before our eyes. Anxiety over climate change has been likened to anxiety over the threat of nuclear war in the 1980s. I’m a metalhead, but on the night of Sunday 8 August I had Ultravox on my mind as sleep eluded me. If you’ve not watched the 1984 music video “Dancing with tears in my eyes” I encourage you to do so now. You’ll understand how I was feeling. The video came two years before the Chernobyl disaster.

Addressing the threat of climate change is more a shared responsibility than that of addressing the threat of nuclear war. Our anxiety can be eased if we each seek to play our part, collectively also putting pressure on those who wield more power to play theirs. In this respect I understand why many joined Extinction Rebellion in August in London to peacefully call for change.

As transport professionals we must embrace and support the TDP and help push its intentions to the limits in both technological and behavioural terms and in terms of the timeliness and scale of positive impacts. A key focus of the 10-year review of the Transport Planning Professional qualification I led recently was the need for transport planners to bring constructive challenge to bear in their professional lives. I define this as “a capacity and willingness to question the appropriateness or robustness of orthodox approaches, consider how they might be improved or how alternative approaches might (also) be introduced”. The system needs challenging, constructively but robustly and urgently.