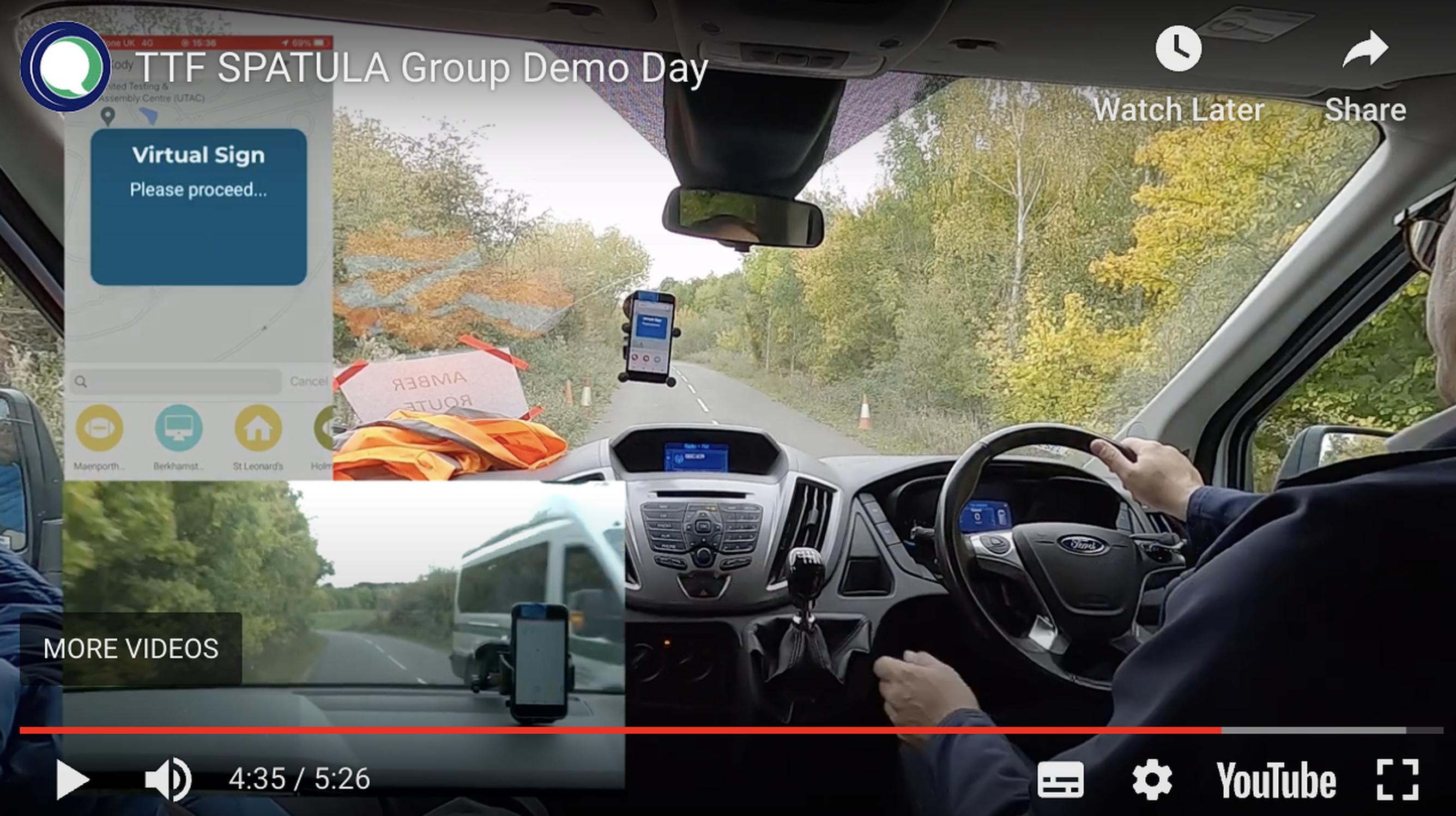 Ten months on, the Trustees are delighted to share this first progress report on Eloy’s Multi-Vehicle Coordination. The project is a collaboration with another Competition entrant, Phil Carey, and combines Phil’s short-listed idea for improving the experience of using single-track country lanes with Eloy’s Connected Vehicle Platform.

Eloy’s proposal uses connected vehicle software and artificial intelligence to coordinate road users – with one road user advised to wait at a suitable point to allow another user travelling in the opposite direction to pass.

It would allow all types of road users, including pedestrians and cyclists, to be aware of others on the same stretch, even though they might not be able to see one another due to blind bends or hedges.

Eloy is using a phased approach to test their service. The project has already moved through the prototype phase and was demonstrated live with vehicles at the connected vehicle demonstration at UTAC Millbrook, hosted by the Transport Technology Forum and organised by Trustee Andy Graham.

You can see a video of the demonstration in action, introduced by Rees Jeffreys Road Fund Trustee Steve Gooding.

This winter, Zenzic and the Centre for Connected and Autonomous Vehicles are supporting the next phase of tests across two of the UK’s Automotive Testbeds. The service and mobile application will be used by drivers on a closed private road circuit to test its reliability and benefits under different traffic conditions.

Chairman of the Trustees David Tarrant said, “The Rees Jeffreys Road Fund believe roads really matter to all of us. We saw how the Multi-Vehicle Coordination idea addresses directly the widely shared anxiety that people have using single track lanes – whether they are in a vehicle, or as a pedestrian, cyclist or rider.

"This novel idea would, with further investment, make for a much better user experience on minor roads across the country which are vital to local communities and the rural economy. We are delighted that the funding from Rees Jeffreys has enabled the project to get off to such a great start.”

Eloy’s Damian Horton said, “Without the funding from Rees Jeffreys Road Fund this product would have struggled to get beyond the drawing board, as there is no existing procurement framework for connected vehicle services from UK government. We are grateful the Judges believed in us to turn our ideas into reality, and we are already making plans for testing in 2023 involving hundreds, then thousands of vehicles.

"We are excited to be playing our part in bringing together technology that will make roads safer for everyone. This project will make a difference to road users today as well as into the future as we move into a world that includes autonomous vehicles.”

Eloy welcome contact from any potential partners or investors who are interested in supporting their project as it moves through to further stages of delivery, including through crowdfunding. Find out more here.