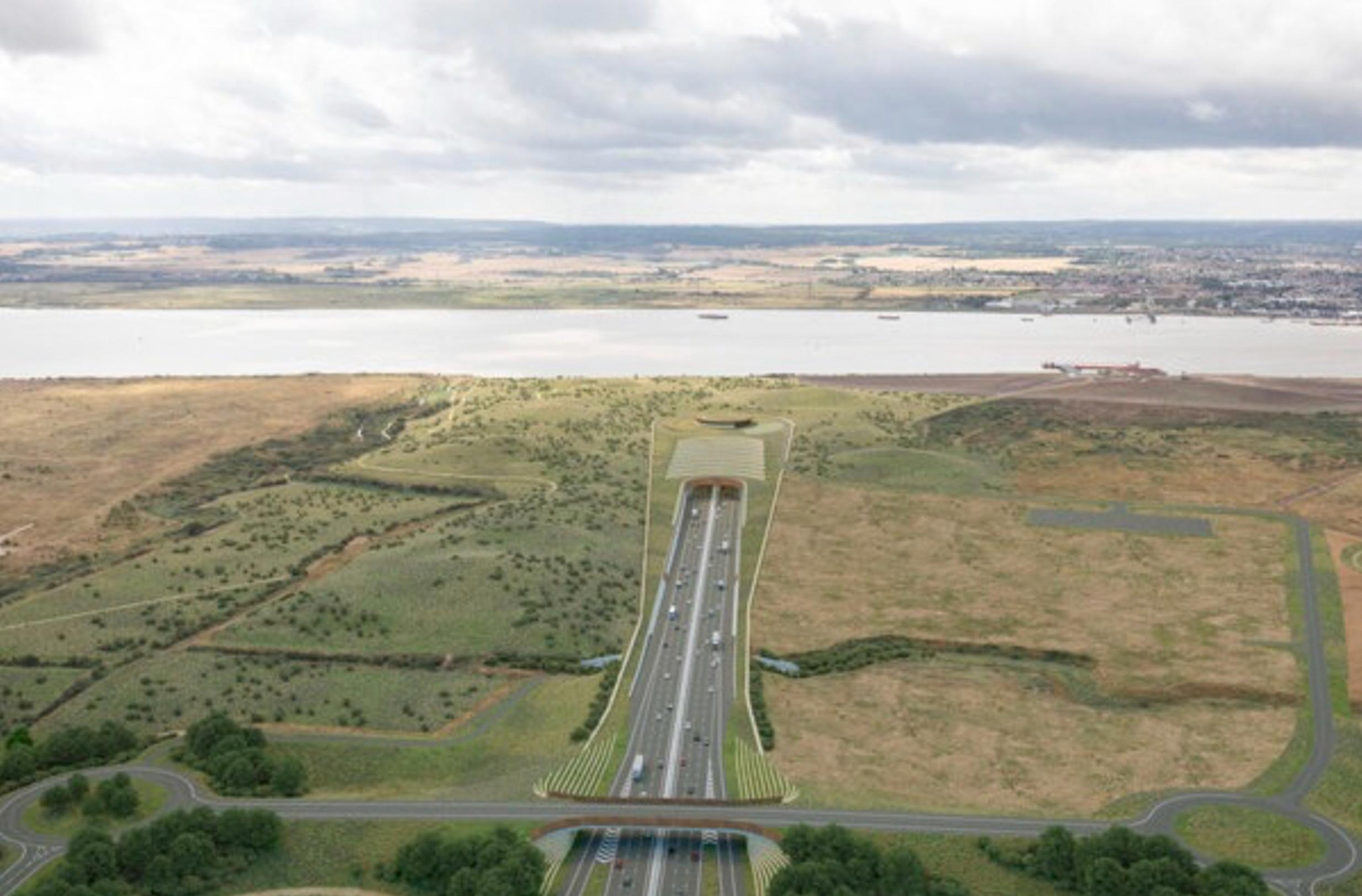 The Lower Thames Crossing would involve a 2.6-mile tunnel under the Thames,

The proposed Lower Thames Crossing would cut the 60-year forecast for carbon emissions in the area by at least 80%, according to National Highways.

The multi-billion pound scheme would involve a 2.6-mile tunnel under the Thames, 14.3 miles of new road connecting the M2/A2, A13 and M25 and around 50 new bridges and viaducts.

The Lower Thames Crossing (LTC) is designed to improve journeys for tens of thousands of people who get caught in congestion daily at the Dartford Crossing and nearby roads, said National Highways. “The Dartford Crossing is one of the UK's most vital links, connecting key ports, distribution hubs and manufacturing centres, but it is also one of the most unreliable roads as the huge volumes of traffic regularly leads to long delays and frustration,” it said. The LTC would almost double road capacity across the Thames east of London, said National Highways. “It would also reduce traffic on the Dartford Crossing by over 13 million vehicles per year, reducing congestion and improving air quality in the area.”

Within ten years of the crossing opening, the vast majority of cars are expected to be electric plug-in vehicles and all UK roads, including the Lower Thames Crossing, are included in the UK’s commitment to reach net zero carbon by 2050, National Highways said.

It points out that, as the design of the LTC has developed, “the carbon estimates from traffic have been calculated based on the latest design of the new road and forecasted proportions of petrol, diesel, electric and other vehicles”. When the preferred route of the crossing was assessed in 2016, the initial carbon estimate was 5.98 million tonnes, it points out.

“The latest estimate based on the current design and traffic forecasts shows this has fallen to 4.6 million tonnes.”

NH has undertaken an additional assessment to reflect the expected uptake of electric and other zero tailpipe emissions vehicles shown in the Government’s Decarbonising Transport Plan. “This assessment sees the forecast fall to less than a million tonnes - a reduction of at least 80% compared to the project’s initial 2016 baseline.”

Matt Palmer, Executive Director for the Lower Thames Crossing said:?“Our Strategic Roads play a critical role in keeping the country moving, now and in a net zero UK. Today’s announcement demonstrates that planned government policies would dramatically reduce carbon by accelerating the shift away from petrol and diesel vehicles.

"The modelling released shows that if those policies are successful, the cars and trucks that will use the Lower Thames Crossing will have lower or zero tailpipe emissions, removing pollution and supporting our country's movement to net zero.”

The new forecast has been challenged by the Thames Crossing Action Group, which is opposed to the proposed road project.

Chair of the campaign group Laura Blake said: “The LTC Development Consent Order documentation of 2020 shows that LTC traffic carbon emissions were estimated to be 2.74 million tonnes, and in their latest press release National Highways admit that the latest forecast is 4.6 million tonnes.

She added: “There is all the usual nonsense about improving journeys for those using the Dartford Crossing. Yet the design capacity for the current crossing is 135,000 vehicles per day, and it regularly sees 180,000 per day. That means we’d need to see a reduction of more than 25% in traffic, yet the proposed LTC would take as little as 4% of traffic away.  National Highways are not considering or planning for how traffic would migrate between the two crossings when there are incidents, if the LTC goes ahead, and there would not be adequate connections.

“Put simply, the proposed LTC would be hugely destructive and harmful, would not solve the problems at the Dartford Crossing. It is not fit for purpose and would be a complete waste of £8.2bn+ of taxpayers’ money.  This project needs to be stopped now.”