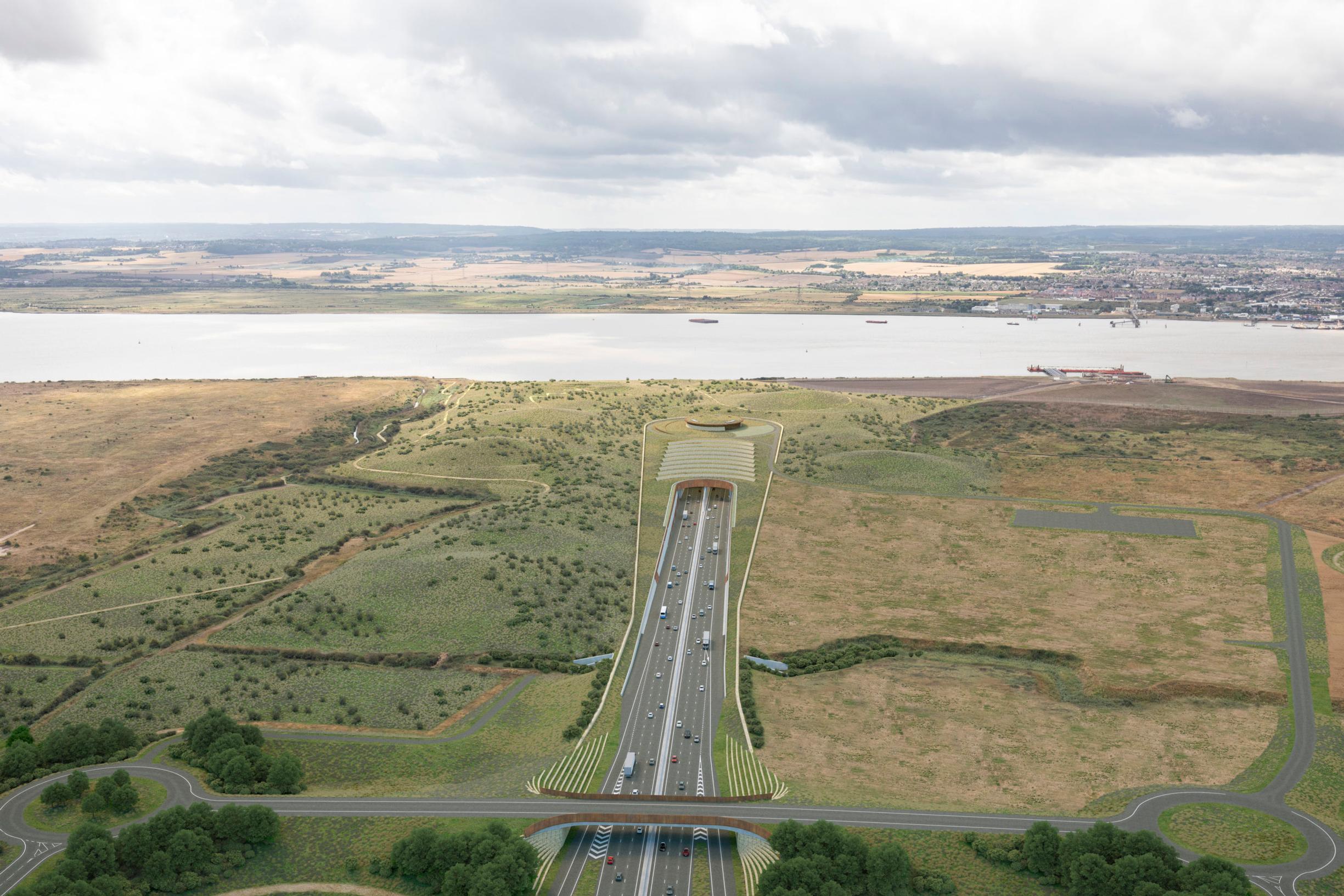 A multi-billion pound scheme that will involve building the UK’s longest road tunnel under the Thames is now open to a further round of consultation. National Highways said it has refined its plans for the Lower Thames Crossing to take into account feedback from previous consultations.

The project would involve a 2.6-mile tunnel under the Thames, 14.3 miles of new road connecting the M2/A2, A13 and M25 and around 50 new bridges and viaducts.

National Highways (NH) estimates the scheme will cost between £6.4bn – 8.2bn and would be completed by 2030.

After analysing the responses to the consultation, which runs until 20 June, National Highways plans to submit a Development Consent Order for the scheme by the end of the year.

A NH spokesperson told LTT: “The situation at Dartford Crossing is not sustainable.  Increasing traffic levels are causing daily frustration and delays. We explored 60 options when designing the Lower Thames Crossing and selected the best option available.

“The Dartford Crossing is designed for 135,000 vehicles a day but regularly sees over 180,000 vehicles a day. When open, on an average day the Lower Thames Crossing would bring traffic on the Dartford Crossing back below the level it was designed for.  It will almost double road capacity east of London across the River Thames and provide an alternative route for freight (DGVs over heights)

“On its busiest days it will make a dramatic improvement to what we experience now, making journeys safer, quicker, and more reliable. The Lower Thames Crossing would improve resilience of the network by providing an alternative crossing that would almost double capacity.”

NH said it is working to improve air quality across the region, and has pledged to create two new public parks and a new community woodland.

“The route was selected to impact as few communities as possible. With 80% of the route below ground or behind embankments or cuttings, and our use of low noise surfacing and planting, noise impact will be mitigated.

“Biodiversity in the area will see an increase, as the number of hedgerows, ditches, woodlands and ponds will increase. Existing habitats will be connected with new ones we are creating, allowing wildlife and plant life to move through the landscape more easily.”

The spokesperson said the Lower Thames Crossing will be designed to be the “greenest road ever built in the UK”, and has been designated a “pathfinder” project by National Highways, as it explores carbon neutral construction.

The spokesperson dismissed suggestions that the project would be at odds with the Government’s net zero targets. “Building new infrastructure in a net zero future is a challenge for our whole industry. ”

NH has designated the Lower Thames Crossing a ‘pathfinder’ project to drive change in the industry and find new ways to build and support economic growth, without contributing to climate change”.

The spokesperson told LTT: “Roads are an important part of the country’s net zero future and play a critical role in keeping people and the country’s economy moving.

“As a result of the government’s Transport Decarbonisation Plan, the sale of new petrol and diesel cars is due to end in 2030, the same period of the Lower Thames Crossing is due to open – therefore it can be expected that carbon emissions from road users will fall.”

The project is supported by Kent County Council but opposed by Gravesham, Havering and Thurrock Councils.

“The scheme’s impact on the local and strategic road network, existing road assets, the construction workforce, Shorne Woods Country Park and lack of environmental information were all raised at the last consultation and need to be addressed by National Highways. “It is for National Highways and the DfT to ensure that the new Lower Thames Crossing meets the Government’s net zero targets, an area the council takes a keen interest in, before the scheme is considered by the Planning Inspectorate.”

But Thurrock Council said that, having used NH data, it concluded that the LTC would only reduce Dartford Crossing traffic by 4%. This is far lower than the 22% NH predicted in the 2018 statutory consultation.

LTC data also shows that the total cross-river traffic will rise by around 50% in the AM and PM peaks, said Thurrock Council. A council spokesperson told LTT: “We will continue to emphasise the importance of constructive engagement from National Highways to resolve a range of serious issues with the proposed LTC scheme. If crucial issues remain unresolved when National Highways re-submit their DCO [development consent order] later this year then the council will have a duty to maintain its opposition through the Examination and beyond. We are aware that other local authorities share our concerns about many aspects of the scheme.”

Thurrock is also concerned that National Highways has decided to consult on design amendments before completing the analysis it agreed necessary to demonstrate that the proposed modifications will work, said the spokesperson. “Thurrock Council will be responding to the new LTC consultation and reiterating these concerns.”

Laura Blake, chair of Thames Crossing Action Group, said: “It has been apparent to us for years now that the Dartford Crossing would still be over capacity even if the LTC goes ahead.  Not only would the proposed LTC be hugely destructive and harmful, it would not solve the congestion and pollution issues at the current crossing.  National Highways have even admitted in public that it would not solve the problems.

“Not only that, National Highways are not considering or planning how traffic would migrate between the two crossings when there are incidents, if the LTC goes ahead, and there would not be adequate connections.  The result would be more chaos, congestion and pollution.”

The UK Government should follow the Welsh Government’s example, which last year paused most new road schemes to allow them to be reviewed by an independent panel, said Blake (LTT 28 June 2021).