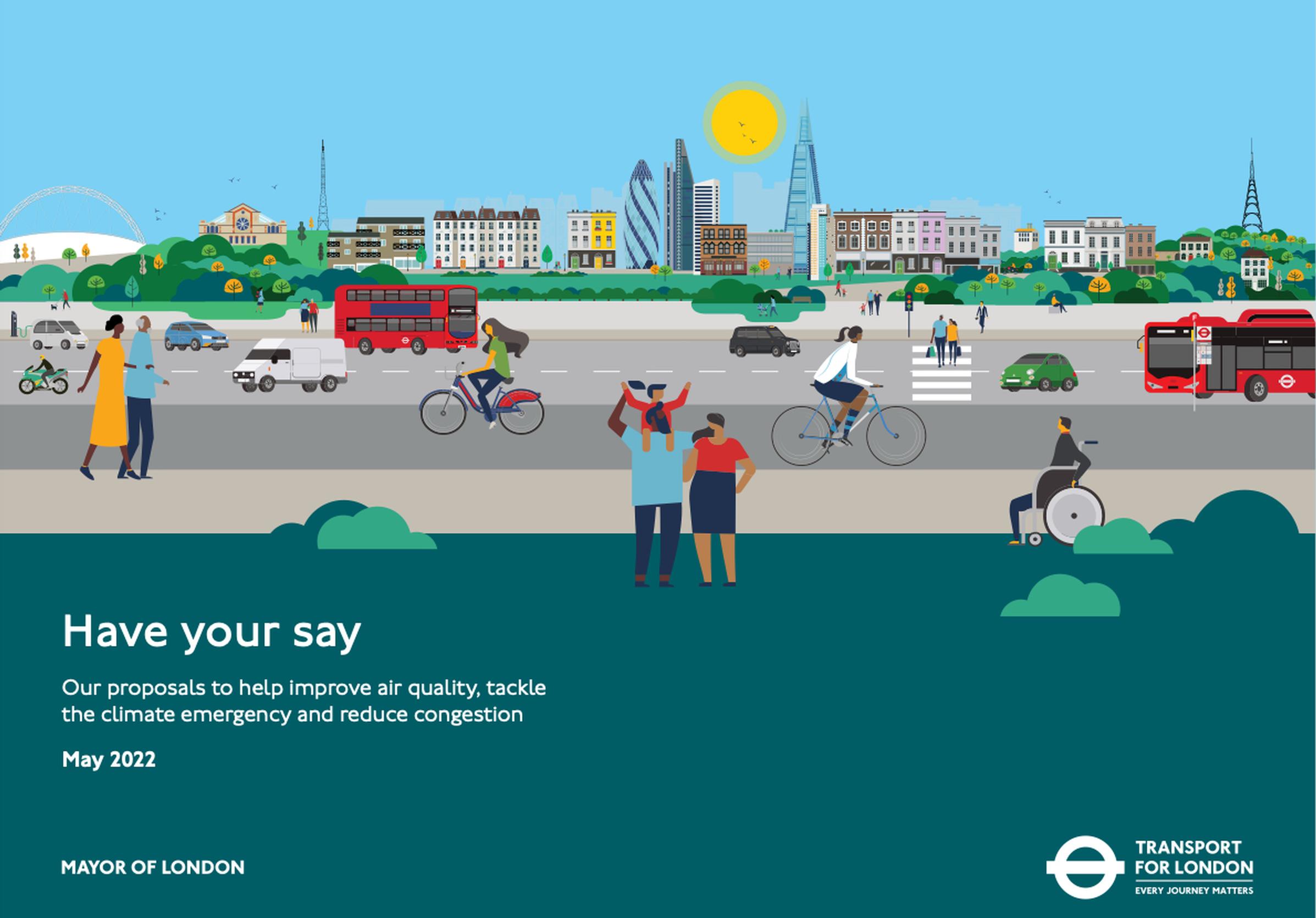 Mayor of London Sadiq Khan has unveiled plans for the Ultra Low Emission Zone (ULEZ) to extend out to cover almost the whole capital by August 2023.

The  ULEZ – which operates 24 hours a day, seven days a week – was launched in April 2019 but initially only covered the same area as the Congestion Charge.

In October 2021 it was expanded to all areas within the North and South Circular Roads.

The mayor and Transport for London have launched a consultation on the plans to expand the ULEZ, which runs until 29 July 2022.

According to Khan, expanding the ULEZ again will have the biggest effect on emissions relative to the cost to Londoners as a whole, as well as helping to tackle the climate emergency and traffic congestion.

Nearly two-thirds of the cost of congestion in London has been attributed to traffic delays in outer London, said Khan. “This comes at a cost to everyone, impacting businesses, bus customers and essential services.”

Last year, traffic congestion cost the London economy an estimated £5.1bn, said the mayor. Poor air quality resulted in around 4,000 premature deaths in 2019, with the greatest number in outer London, he said.

The proposed expansion would result in the number of vehicles not meeting ULEZ standards falling from 160,000 to 46,000 and the number of vans from 42,000 to 26,000, TfL estimates. These proposals would mean air quality around an additional 145 schools, mostly in outer London, would meet the interim WHO target for nitrogen dioxide, according to TfL.

The owners of vehicles that do not meet the standards must pay the £12.50 daily charge.

A TfL spokesperson told LTT: “On average there were around 47,000 fewer older, more polluting vehicles seen each day in the expanded inner London ULEZ, compared with the two weeks before the expansion, a reduction of 37%. There were also 11,000 fewer vehicles driving at all, each day.”

A month after the expansion of the inner London ULEZ, the vehicle compliance rate with the ULEZ standards was around 92%, said the spokesperson.  “Compared with compliance levels of 39% in 2017, the percentage of vehicles meeting the required standard more than doubled. This compliance rate was higher than we expected.”

As a result, the income generated from the ULEZ expansion has been lower than expected. This is  due to higher compliance, “demonstrating the success of the scheme”, the spokesman said.

“With the further expansion of the ULEZ, TfL expects compliance levels will further increase due to the increased numbers of vehicles that would need to upgrade to a cleaner alternative to comply with the scheme.”

All revenue raised by road pricing is  used to implement the Mayor’s Transport Strategy, so income received from the ULEZ is reinvested by TfL into improving the transport network – including its roads, cycleways, buses, and the Tube – and making London’s air cleaner.