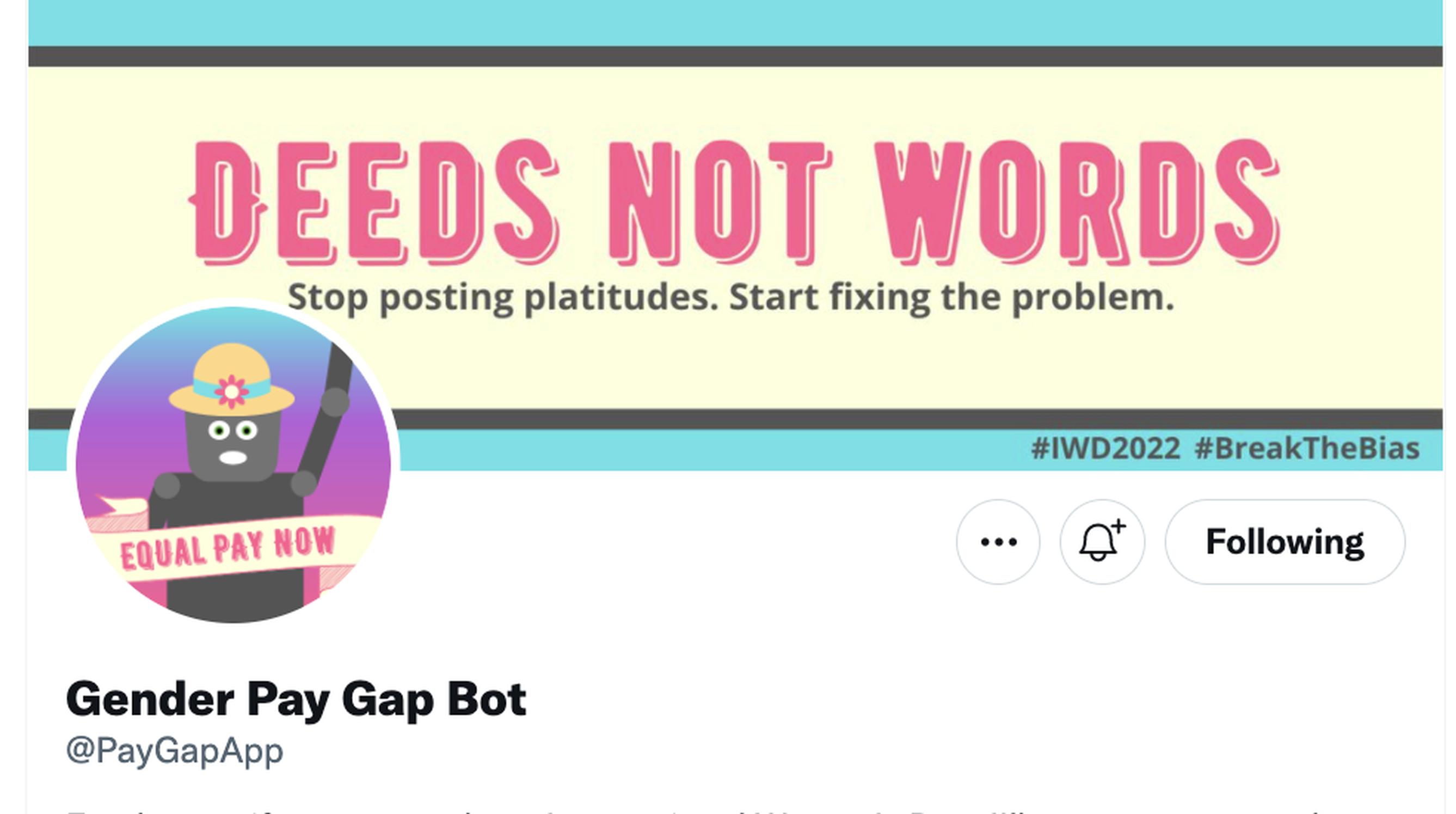 Another International Women’s Day, another barrage of articles, posts and tweets sharing and showcasing – usually heartfelt –  stories of support, gender equity and “breaking the bias” when it comes to levelling up the status of women in society.

This included many posts from companies across the transport and planning sectors – many of which are, indeed, doing admirable work in this space.

Issues range from safety at home, on public transport and in public space to equal pay and equitable treatment when it comes to women – and men – challenging traditional assumptions at home and in the workplace.

This also means being able to contribute in a meaningful way when it comes to looking differently at what constitutes ‘success’ and ‘achievement’, and to being able to develop support networks that enable such questioning.

This year, however, a genius idea from smart tweeters was aimed at boosting the level of actions and calling out the pretenders: Deeds Not Words!

And it did, by embarrassing companies with their own data.

Every time a UK-based organization tweets about the United Nations-endorsed International Women’s Day celebration using the hashtags #IWD2022 #BreakTheBias, @paygapapp automatically replies with the salary disparity between men and women in that organisation to its more-than 75,000 followers.

The bot culls salary data published on the UK government’s website, following a 2017 mandate that required every company in the country with 250 or more employees to calculate and report the difference in earnings between male and female workers.

Typically, following a worthy post empowering women, @paygapapp would respond: In this organisation, women's median hourly pay is 23.2% lower than men's – or whatever the shocking figure actually was. In by far most cases, the median for women's hourly pay was much lower than that of their male colleagues, although a few showed parity and in one very rare case, women earned more per hour...

Some companies have chosen to delete their tweets or change the hashtags rather than face criticism, reports Vice.com.

Another user’s thread @oldenoughtosay is collating all the deletions, and has already over 2,300 retweets.

Are we likely to see your company’s data in these posts?