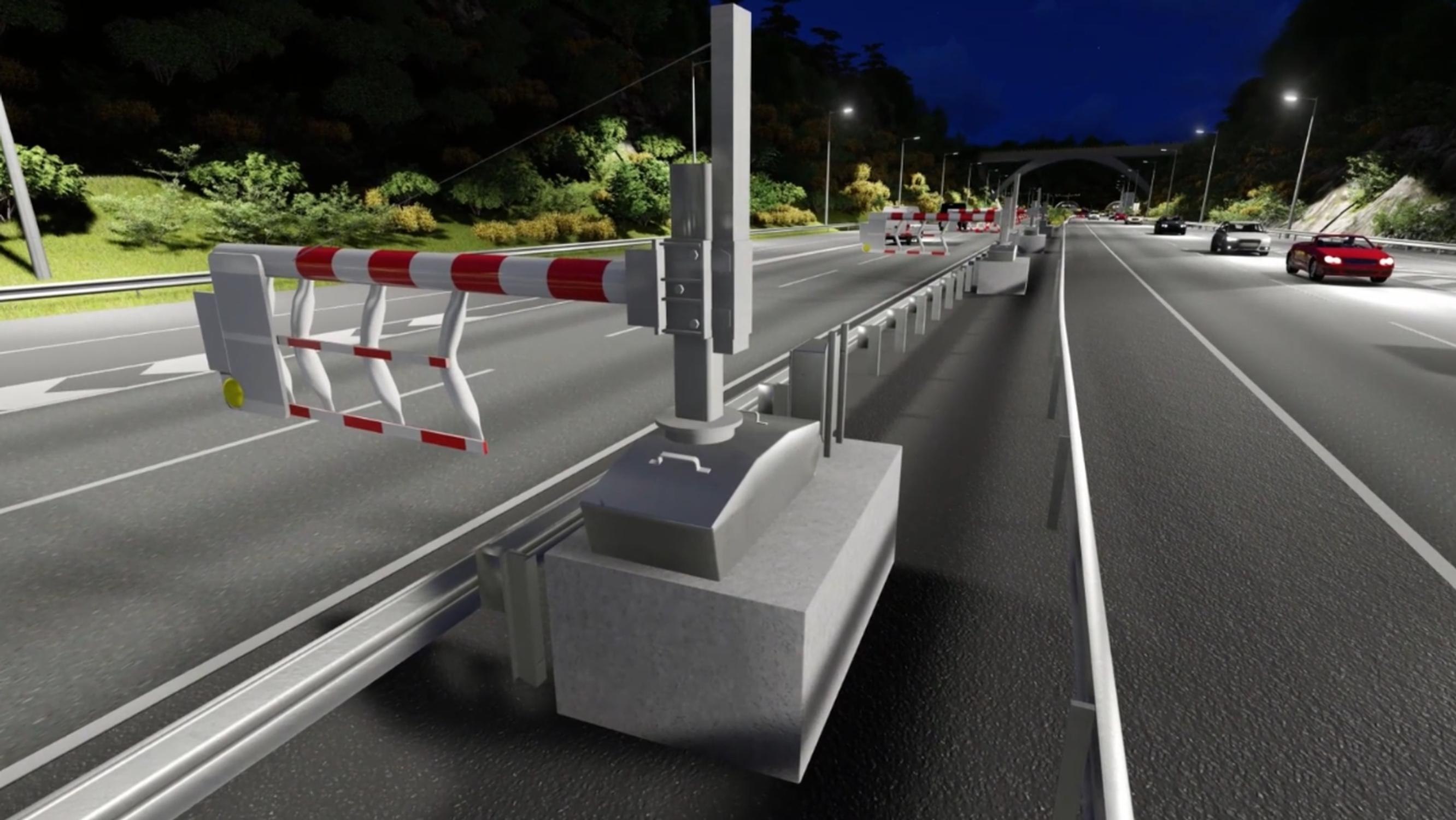 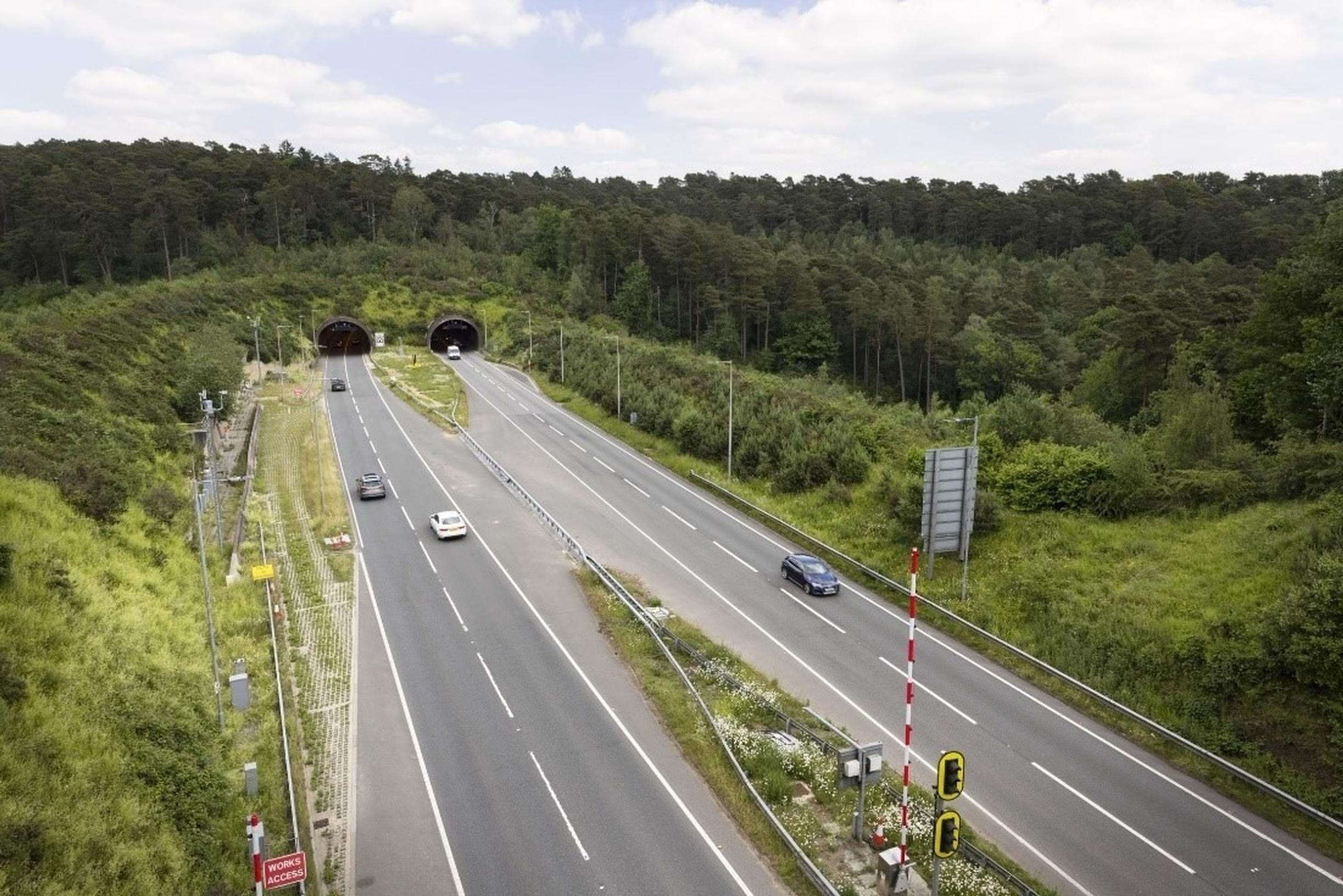 An automatic taper which can close off lanes in minutes could protect road workers having to put out cones in the face of oncoming traffic is to be trialled on the National Highways network.

The innovation, called SwiftGate, can be fully deployed in around five minutes compared to the 25 minutes it takes road workers to put out the taper of cones directing often fast-moving traffic away from a live lane.

SwiftGate is being installed at the A3 Hindhead Tunnel in Surrey which requires regular closures for essential maintenance work. To enable maintenance to be carried out safely, workers cone off the entrances on the north and southbound carriageways.

During 2019 there were 14 vehicle incursions into these roadworks putting the lives of workers at risk. National Highways has teamed up with Kier and Highway Care to trial the automated taper gates which will be installed on the north and southbound carriageways of the tunnel.

The gates filter traffic out of the traffic lane. Cones can then be put out beyond the taper to clearly mark out the closed-off lane. As well as avoiding the need for workers to manually set out tapers, the arms are designed to be a strong visual deterrent, which will help avoid incursions, particularly at night-time.

Martin Bolt, head of lean and continuous improvement, who has been overseeing the innovation for National Highways. “Installing and removing a taper of cones in the face of traffic exposes our road workers to risk, particularly on elevated sections of road, bridges or tunnels where there may not be an embankment or place of safety,” he said.

“If successful, SwiftGate is another step to zero live lane working for our workforce as we work towards our goal of ensuring nobody is harmed while working or travelling on our roads. The automated tapers free up workers to do other jobs and can be put out in just 50 seconds meaning work can begin straight away with less disruption for road users. We look forward to seeing SwiftGate in action at Hindhead Tunnel.”

Kier Highways senior project manager Mark Sheppard, said: “The SwiftGate project will give us a great opportunity to trial something that is completely new to the National Highways network, that will modernise the standard approach to road worker protection.

“Traffic management installation can be a high-risk activity, so the opportunity to introduce an automatic solution that has the potential to remove the need to put our workforce in the ‘firing-line’, is a worthy project.”

Highway Care business development director Ben Duncker added: “We are confident that the system will be a success in not only improving the safety of our traffic management operatives but also improving customer journeys through the faster and more efficient closing and reopening of lanes. Safety through innovation is our priority and the ability to trial such new solutions with National Highways is a testament to their commitment to making the roads safer for all users.”

The SwiftGate pilot follows trials of an automated cone laying machine by National Highways, Highway Care and Kier. The Falcon ACLM vehicle puts out and retrieves cones, avoiding the need for a two-man team to lift and drop cones from the back of a moving vehicle. A second automated cone laying machine being developed by King Highway Products through the National Highways’ innovation fund is due to undergo further off-road testing shortly.

National Highways has a ring-fenced pot, the Innovation and Modernisation Fund, to fund technologies such as automated vehicles. It is part of National Highways’ Digital Roads 2025 vision which will fundamentally change how our roads are designed, built, operated and used. The strategy sets out how the growth of digital technology and the move to electric, connected and autonomous vehicles will create the roads of the future.