The winners of the first stage of the 2021 Rees Jeffreys Road Fund Competition, run by the Trustees in order to celebrate 150 years since the birth of the charity’s benefactor William Rees Jeffreys, were revealed in an online event 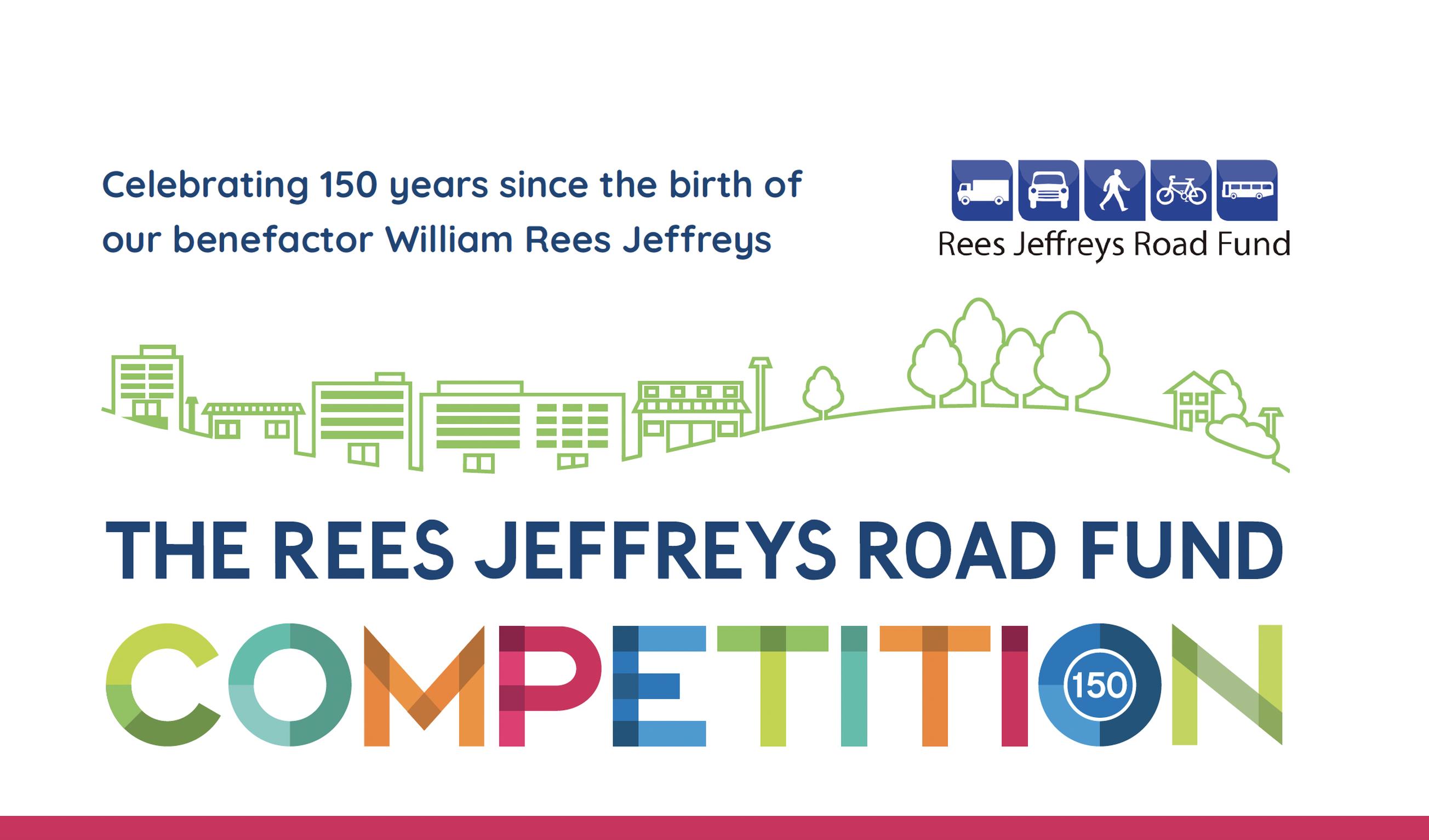 Seven organisations were awarded £5,000 development grants, and will now have three months to develop their ideas in competition for the final grant of up to £150,000.

In each of the two schools categories – primary and secondary – one winner was awarded £5,000, and two runners-up each received £2,000. The judges also awarded a special £2,000 discretionary prize.

The winners' announcement webinar is online here, free to view

All the shortlisted entries can be seen here

The competition – which was run this year for the first time – attracted an amazing 142 entries, which especially pleased the Trustees.

Says Ginny Clarke, Trustee and Chair of the Judging panel: ‘On behalf of the Trustees, I’d like to thank each and every person who contributed to these 142 entries. The standard was consistently high, and we were thrilled to receive so many entries in the Competition’s first year.

‘We were also really pleased to see that so many entrants responded to our “be creative and innovative” brief, sending in entries that included songs, poems, videos, paintings and fly-thru models.

‘As Trustees, we will be reaching out to many new individuals and organisations in future, several of who came to our notice through this Competition.’

The final winner – or winners – of the £150,000 fund, to be selected from those in receipt of the £5,000 development grants, will be celebrated at a Gala Reception on 28 March 2022, at Prince Philip House, home of the Royal Academy of Engineering, Carlton House Terrace, St James’s, London.

The competition was managed on behalf of the Rees Jeffreys Road Fund by Landor LINKS.

Royal Society for the Prevention of Accidents (RoSPA) - Cycle Smart: a vision for safer and better cycling

This project uses technology from cyclists' bike lights, which also act as bicycle sensors, to predict where collisions involving cyclists are likely to occur, and then puts in place measures to prevent them.

The development of an augmented reality app would increase engagement, reducing time-consuming consultation periods, therefore giving more people the opportunity to speak out and share their views on plans.

Connected and Autonomous Vehicle (CAV) behaviour should be directed using ‘ethical goal functions’ (EGFs). This concept embeds the ethical interests of society into functions against which CAV developers can optimise the performance of their systems; developing and assessing these behaviours in simulation before deploying vehicles on real roads.

Connected vehicle services are vital for road innovation and should be incorporated into SATNAV systems and existing in-vehicle experiences. This project would build a connected vehicle partner platform, enabling partners to use Eloy’s technology to create their own new services and so reduce R&D cost, complexity and the need for testing.

A proposal for a new management regime for the many UK minor roads not wide enough for two vehicles to easily pass each other. Wistle uses the functionality of basic vehicle-to-vehicle communication, combined with data and detailed mapping, to alert vehicles to safe passing options.

Children’s journeys to school should be enjoyable, safe and healthy. This project builds on existing air-quality monitoring in local schools and embeds 'rainbow routes' within a new research project collecting smartphone app-based data on active travel. The aim is to close data gaps and speed up interventions that favour safe, active and independent travel for children.

This concept aims to identify priority accident spots and replace current hard surfaces (steel, concrete and asphalt) with dynamic materials that change under different loads to soften impacts on roads and footways.

The class invented a system so that any mobile phone in a vehicle that drove above the speed limit would lock out for 48-hours. The children – eight and nine year olds – don't have phones themselves, and they thought it would be "brilliant" if their older family members had a phone lock-out – to make sure the parent/driver stayed below the speed limit.

All Saints’ School is committed to promoting walking, scooting, cycling and other sustainable methods of transportation to and from school. To do this, the school has a peer-elected group of children who work together as ‘Active Travel Champions’ who encourage new ways to promote active journeys to and from school, including for those who live further away.

Deri Primary School, Bargoed – Moving motorways: A safer way to travel for you and our planet

This team has designed a moving motor way! The solar powered motorway, made out of recycled plastic, will move like a conveyor belt to transport cars across long distances.

Flica is part car, part aeroplane, and can fly and travel on roads by using a vertical take-off and landing system, powered by long term, lithium-ion batteries.

The pupils of this school have been talking about the roads of the future and are looking forward to seeing new things happen. The panel were impressed with the video of the children setting out challenges they saw for the future of roads, and their preferred solutions. This entry really embraced the spirit of the competition. The young people set out a range of ideas and the general approach would have met with approval from William Rees Jeffreys.

Oban High School came up with 7 great ideas, including using super conductors and magnets to levitate a “car”, hover cars, and underground tunnels that allow cars to clip onto a train that shuttles them up and down the country, thus reducing the chance of accidents by involving less driving.

The judges made a special prize award of £2,000 to Oban High School.