Mask wearing made compulsory on transport in England 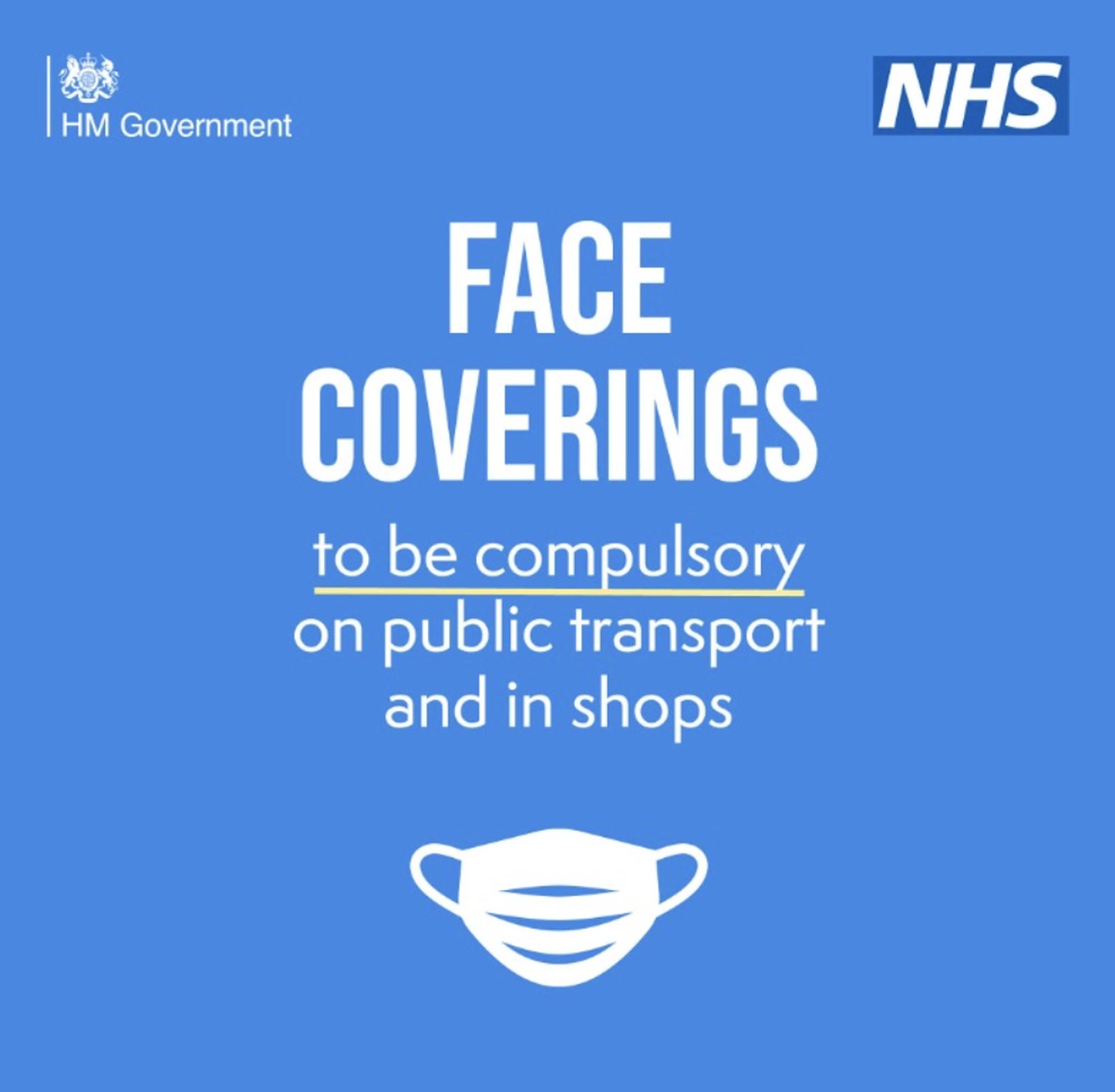 In addition, all international arrivals at UK airports will have to take a Day 2 PCR test and self-isolate until they receive a negative test. All contacts of suspected Omicron cases must self-isolate, regardless of their vaccination status. They will be contacted by NHS Test and Trace.

Meanwhile, pupils at English secondary schools are being “strongly advised” to wear face coverings in communal areas. The guidance also applies to staff and visitors at all schools and childcare settings.

However, the UK government has stopped short of extending vaccine passports in England and issuing advice to work from home, which are part of its Plan B, a contingency plan if intervention on Covid is needed to protect the NHS. This means that, while face coverings will be made compulsory in shops and on public transport, all hospitality settings will be exempt.

At a Downing Street news conference on Saturday, the prime minister called the new measures temporary and precautionary. The measures would be reviewed in three weeks, just before most schools break up for the Christmas holidays.

The prime minister as confirmed the new measures following the emergence of the Omicron variant in the UK. Two Omicron cases had been detected in Brentwood, Essex, and Nottingham. Officials said the cases were linked and connected to travel in southern Africa, where the new variant was first identified.

Boris Johnson said: “We need to slow down the spread of this variant here in the UK, because measures at the border can only ever minimise and delay the arrival of a new variant rather than stop it all together.”

Travel restrictions have been implemented to slow the spread of the variant. From 04:00 on Sunday 28 November South Africa, Botswana, Lesostho, Eswatini, Zimbabwe and Namibi, Malawi, Mozambique, Zambia, and Angola were added to the UK’s travel red list.

Johnson said: “On Wednesday we received news of a new variant - the so-called Omicron Variant - I want to express my deep gratitude to scientists in South Africa who identified this new variant and shared this information widely and immediately. This variant is spreading around the world, with two cases so far identified here in the UK. As always, and I must stress this, as always with a new variant, there are many things that we just cannot know at this early stage. But our scientists are learning more hour by hour, and it does appear that Omicron spreads very rapidly, and can be spread between people who are double vaccinated.  There is also a very extensive mutation which means it diverges quite significantly from previous configurations of the virus, and as result, it might - at least in part - reduce the protection of our vaccines over time.

“So we need to take targeted and proportionate measures now as a precaution while we find out more. First, we need to slow down the seeding of this variant in our country. We need to buy time for our scientists to understand exactly what we are dealing with. And for us to get more people vaccinated and - above all - to get more people boosted. As well as to help our NHS prepare in what is an already challenging winter. We are not going to stop people travelling, I want to stress that. We’re not going to stop people travelling, but we will require anyone who enters the UK to take a PCR test by the end of the second day after their arrival, and to self-isolate until they have a negative result.”

“Second, we need to slow down the spread of this variant here in the UK. Because measures at the border can only ever minimise and delay the arrival of a new variant, rather than stop it altogether. So in addition to the measures we are already taking to locate those who have been in countries of concern over the last ten days, we will require all contacts of those who test positive - with a suspected case of Omicron - to self-isolate for ten days, regardless of your vaccination status. We will also go further in asking all of you to help contain the spread of this variant, by tightening up the rules on face coverings in shops and on public transport.

“And third - and most importantly - we need to bolster our protections against this new variant. We don’t yet exactly know how effective our vaccines will be against Omicron, but we have good reasons for believing they will provide at least some measure of protection. And if you are boosted – your response is likely to be stronger.”

Health secretary Sajid Javid has announced PCR tests for all overseas arrivals would be required as soon as possible once agreed by the four nations. While the reintroduction of PCR tests for travellers was waiting on approval from the four nations, the government website states the test would be a requirement from 04:00 GMT on Tuesday.

Speaking on Javid told BBC’s Andrew Marr Show on Sunday, Javid said: “The reason we've set out these measures yesterday is to protect the progress we've made so we can all continue to enjoy Christmas with our families.”

The Omicron variant contains a large number of spike protein mutations as well as mutations in other parts of the viral genome. Work is ongoing internationally to fully understand how these mutations may change the behaviour of the virus with regards to vaccines, treatments and transmissibility.

Early indications suggest this variant may be more transmissible than the Delta variant and current vaccines may be less effective against it. A rapid rise in infections in South Africa has been attributed to the spread of this new variant of Covid-19.

International efforts are now underway to gather as much data and information as possible about the new variant, with more detailed information expected over the next three weeks. The UK government said that it is due to South Africa’s extensive surveillance system and transparency that it has been able to have early warning of the new variant and begin collecting data.

As of Monday morning, six cases of the new Covid Omicron variant have been identified in Scotland. Some of the people identified have no travel history and have caught the virus variant in the community.

Face covering rules around the UK

Scotland: Face coverings are still compulsory on public transport and inside places like shops. All school staff and secondary pupils are to wear face coverings indoors. People are advised to working from home where possible. Physical distancing rules remain in healthcare settings such as hospitals, GP surgeries and dentists, where the 2m (6ft) rule applies. Indoor hospitality venues must collect customer contact details. All over-18s required to prove their vaccine status at nightclubs and other venues.

Wales: Face coverings are already face coverings compulsory on public transport, in shops and hospitals. People are advised to work from home where possible and NHS Covid Pass needed for entry to nightclubs, cinemas, theatres, concert halls and many other indoor and outdoor events.

Northern Ireland: Face coverings compulsory in shops, indoor seated venues and visitor attractions, public transport and some other settings, while vaccine passports for venues including nightclubs, bars and cinemas, and there is a limit of 30 people from different households mixing indoors in domestic settings.