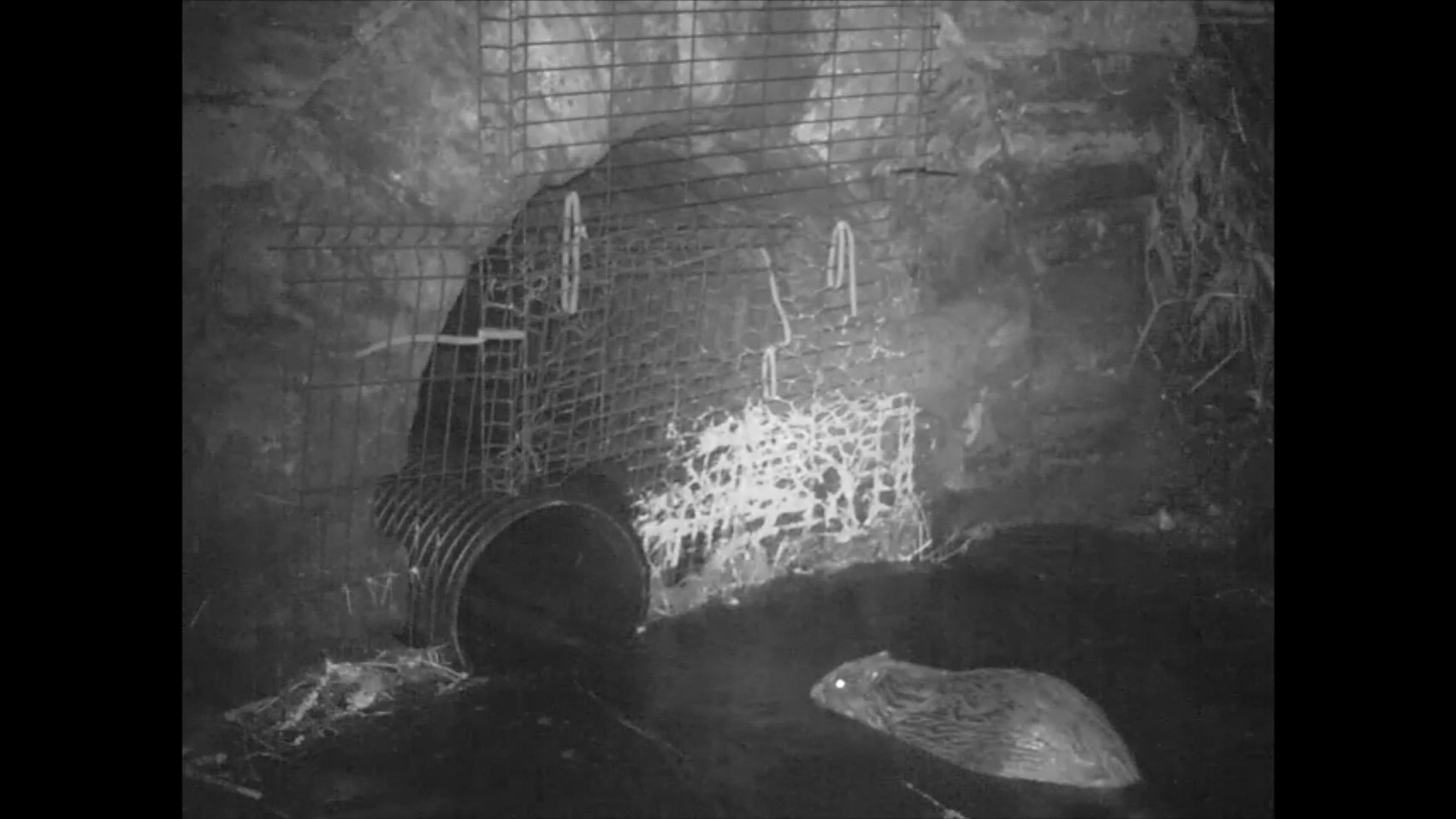 A ‘beaver pass’ has been created under the Highland mainline in Perthshire, Scotland. The tunnel has been constructed to help the protected species pass under the railway and to help prevent flooding issues caused by the animals building dams across drainage culverts under the line.

As part of the project an additional 45mm pipe has been inserted through an existing larger culvert drain with wild mesh fitted either side to protect the railway while still allowing the movement of wildlife.

The Tay catchment around Perth has a growing beaver population and is a recent example of an area where their impact was felt on the rail network and a solution was needed to a flooding issue caused when a resident pair of  beavers damned a culvert under the track.

A culvert near Gleneagles was blocked by part of a beaver lodge – leading to flooding on an area of land which formed part of a Site of Special Scientific Interest (SSSI) designated for wet woodland, scrub and fen meadow habitats.

After obtaining the appropriate licenses to work in the SSSI and working with species specialists at NatureScot, the Network Rail team pumped the water out of the area over a number of days before removing the 2m high 5m wide beaver dam by hand.

When the culvert was clear, the beaver pass was installed and wild mesh fitted at either side of the tunnel, in line with SEPA best practice guidelines for altering culverts, to enable wildlife, including beavers and otters, to pass safely under the railway.

James Morrison, ecologist, with Network Rail Scotland, said: “To a beaver, a culvert probably looks like a hole in a dam – the barriers they build to restrict the flow of water – so they are very popular damming spots. The action we took near Gleneagles is the first beaver pass installed in the country that we are aware of. It is a repeatable solution which works to protect Scotland’s Railway as well as safeguarding the beaver populations and other wildlife.

"The beavers will naturally expand across Scotland and as they do it is possible they could occasionally impact Network Rail's infrastructure through felling trees on to the line, flooding caused by their dams or burrowing into railway embankments. However, they are an important keystone species and we need a proactive approach and sensitive solutions that allow us to co-exist.”

NatureScot advised Network Rail throughout the process. Dr Roo Campbell, a member of the beaver mitigation team, said: “Beavers are an important component of a healthy ecosystem whose presence usually brings a host of benefits, including creating ponds and wetlands where other species thrive, alleviating downstream flooding, and improving water quality. But occasionally they can cause issues. Our team advise on and provide mitigation against beaver issues across Tayside, but this situation is definitely one of the most challenging we’ve faced.”

Their protected status means it is illegal to capture, injure, disturb, harass or kill a beaver or to damage, disturb or obstruct a beaver’s resting or breeding place. Licences from Nature Scot are needed to disturb beavers, remove their dams, exclude them from their lodges and to trap and translocate them. Network Rail has a duty to remain legally compliant with wildlife and habitat legislation, so understanding the ecosystems on and around the railway is essential and means we can prevent risks to wildlife and the infrastructure and apply for licenses to carry out work legally.

The team at Network Rail could not take machinery in to the SSSI without removing lots of woodland and destroying protected habitat, and the dam was too far in the culvert to be reached otherwise. The safest option was to pump the water out and over the embankment and under the track. Permission to access through the SSSI and to remove the dam and close out a beaver lodge was granted by NatureScot.

Three pumps were deployed and were fitted with screens and floats to prevent trapping wildlife. When the water levels were low enough, specialist divers entered and stretchered out the dam in pieces. It took one and a half days to remove the material once the team could safely get in to do so.

Once the water was flowing through the culvert, weldmesh screens were fitted to either side of the tunnel and a 450mm wide culvert pipe fitted through the drain  to allow wildlife (including otters) to pass through in line with SEPA best practice for altering culverts.

Further work will be carried out in the near future to widen the pass to a 600mm pipe to ensure even the biggest adults can get through with ease.