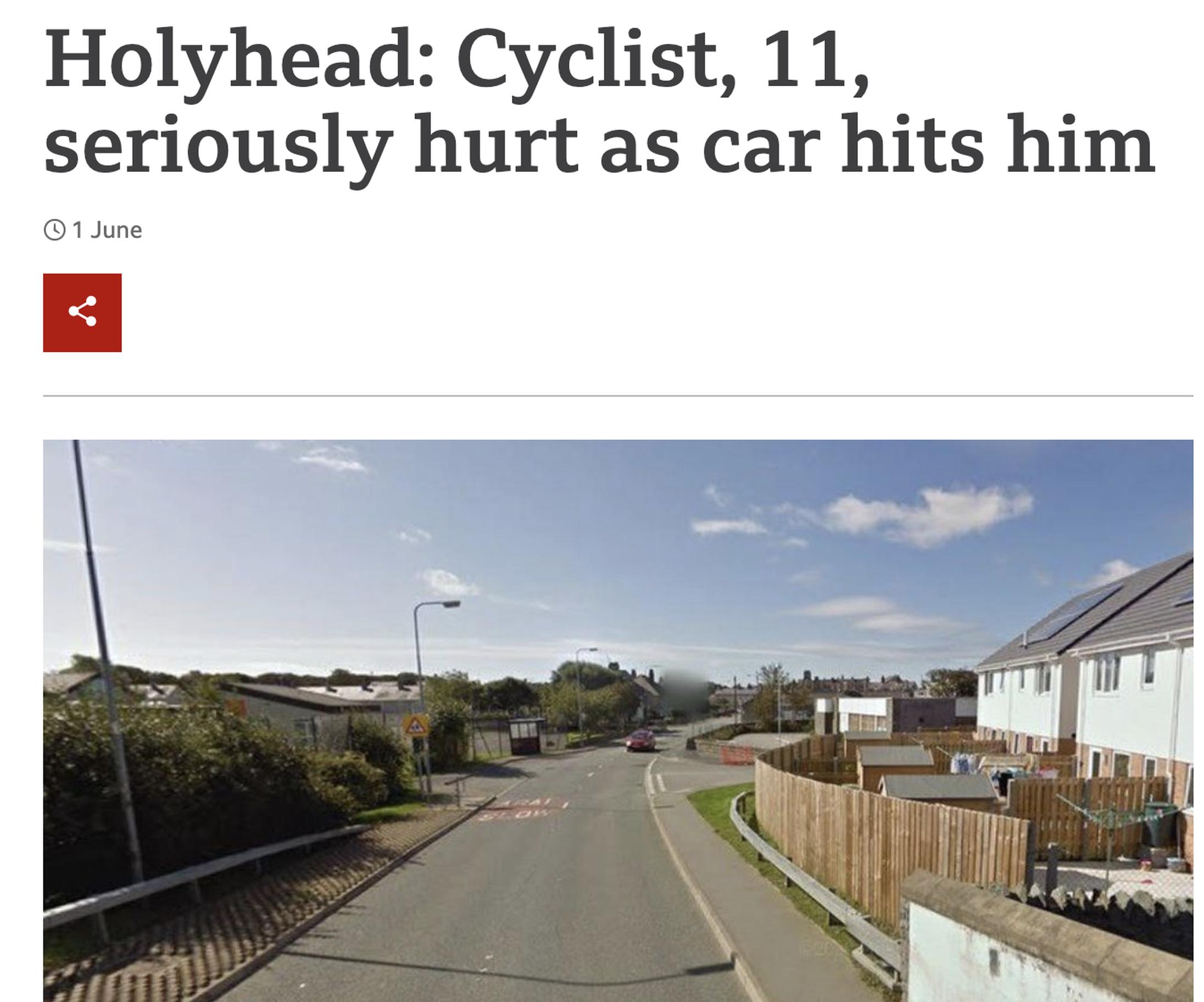 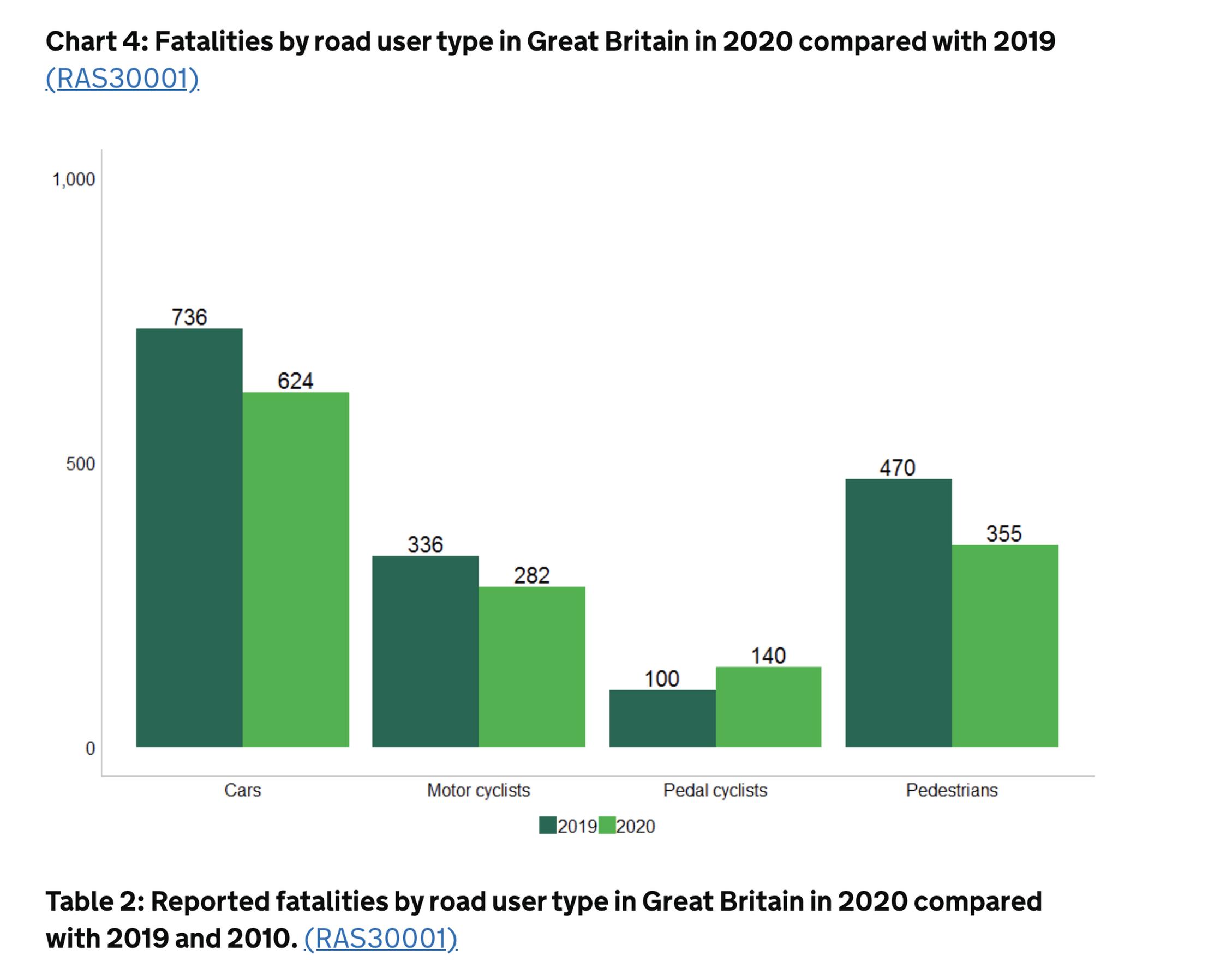 Back in May 2021, the Active Travel Academy (ATA) at the University of Westminster said it was ‘delighted’ to finally launch the UK’s first media reporting guidelines for road collisions during UN Global Road Safety Week 2021. However, most media still reports collisions with 'cars' and not 'drivers'

Cyclist fatalities on British roads rose by 40% in 2020, according to the latest Department for Transport figures and reported in The Guardian. The reduction in road traffic due to COVID lockdowns decreased by 21%. There were 1,472 fatalities in reported road accidents in 2020, a decrease of 16% from the previous year. The overall trend in fatalities between 2010 and 2019 was broadly flat.

Road traffic over the year 2020 decreased by 21%, impacted by the pandemic. As a result, fatality rates – measured per billion vehicle miles – increased by 6%.

And while cyclist and pedestrian injuries or deaths on the road are tragic, they are also avoidable. However, despite a set of media reporting guidelines being approved earlier this year, far too many news headlines are still screaming out ‘car hits cyclist’ or 'car in pedestrian accident'. This is  not the way to raise awareness of what is actually happening on our roads.

Back in May 2021, the Active Travel Academy (ATA) at the University of Westminster said it was ‘delighted’ to finally launch the UK’s first media reporting guidelines for road collisions during UN Global Road Safety Week 2021, published with supporting information on an online hub. ‘We hope the Guidelines will help reinforce existing codes of conduct for the highest standards of reporting in broadcasting, online and in print.’

Media has a powerful role to play in shaping public discourse, added the ATA, and our public consultation on draft Guidelines in Autumn 2020 received almost 200 respondents from members of the public, road safety organisations, media, legal, and policing professions, 72% of whom agreed with the Guidelines’ principles, with a further 21% supporting its aims.

Every 20 minutes someone is killed or seriously injured on UK roads, said the ATA. Much of the reporting around these incidents portrays collisions as unavoidable, obscures the presence of certain actors or omits crucial context as to why crashes happen and what we can do to prevent them.

These Guidelines were produced in consultation with road safety, legal, media and policing organisations and individuals, to supplement professional codes of conduct and support the highest standards of reporting in broadcast, print and online.

Despite decades of research showing most collisions are preventable by tackling speeding, distracted driving and drink and drug driving, road danger is too often seen as inevitable, and action on it too little too late.

The resulting ten Guidelines, co-ordinated and authored by journalist Laura Laker, are supported by prominent road safety and road user organisations and professionals, including the AA, the FIA Foundation, RoadPeace, the Transport Research Laboratory, and Transport for London, British Cycling, Sustrans, Cycling UK and Living Streets.