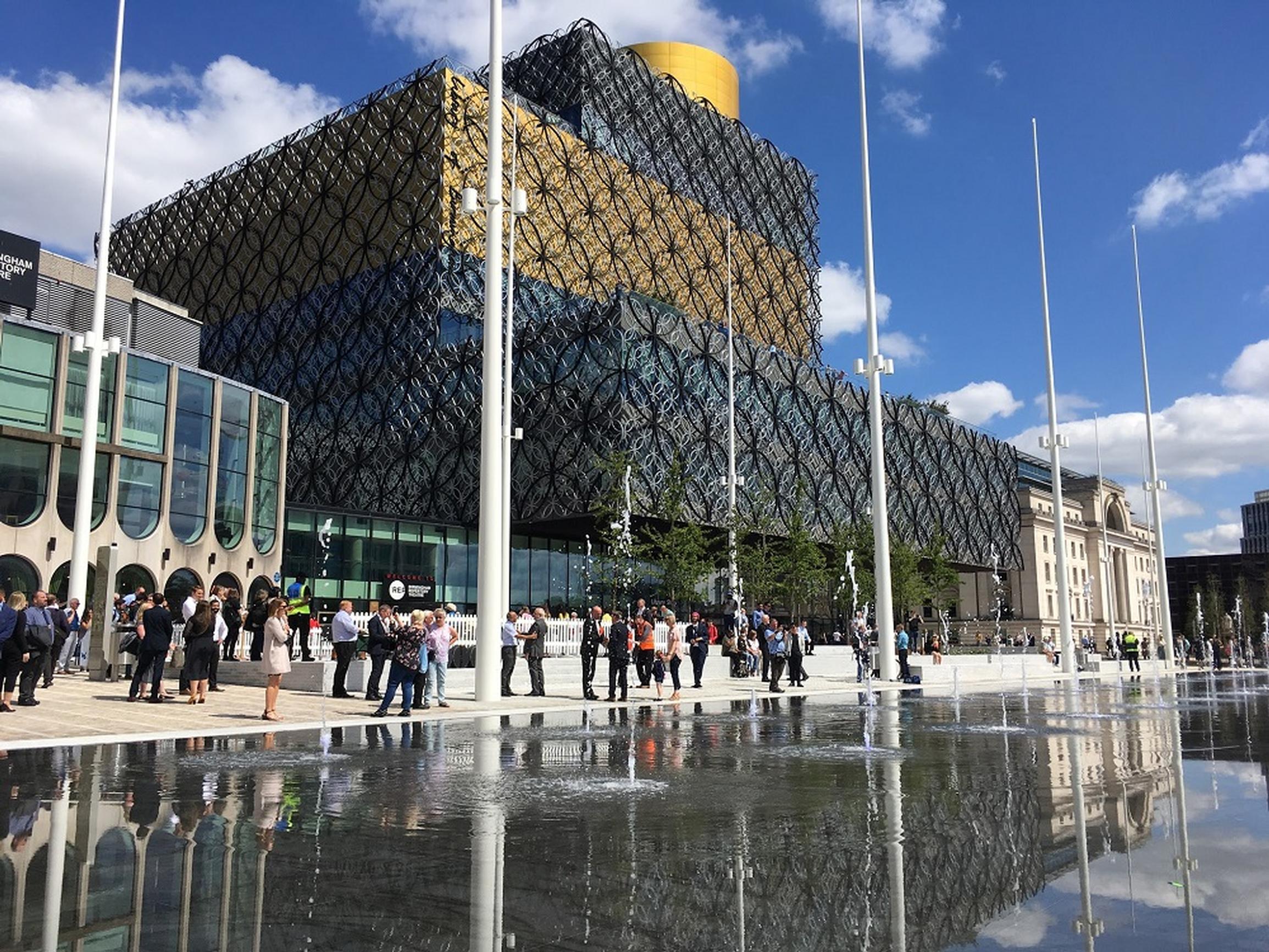 Centenary Square, a major public space in central Birmingham’s, has reopened to the public after extensive remodelling works.

The redesign project was launched with a competition in October 2014, after the new Library of Birmingham had opened, to help regenerate the square and the Westside area of the city.

The winning entry, designed by Edinburgh-based firm Graeme Massie Architects, includes a mix of trees, small plants alongside a new reflection pool and integrated seating. Graeme Massie said: “We are delighted with the completion of our competition-winning proposals for Centenary Square, and now look forward to seeing it evolve into a key gathering place for the people of Birmingham and visitors to the city.”

Cllr Brigid Jones, deputy leader of Birmingham City Council, was joined by the Lord Mayor of Birmingham, Cllr Mohammed Azim and the Lady Mayoress, Bushra Bi, to open the square by switching on the pool’s 28 water jets.

Cllr Jones said: “This is the next important stage in the re-imagining of Centenary Square: it is no longer just a space to pass through – it is now a world-class public space where people can stop, relax and socialise and take in the incredible things around them.”

Tim Pile, chair of the Greater Birmingham and Solihull Local Enterprise Partnership, said: “The opening of this world class space reinforces Birmingham’s status as a global city. This high quality public realm can be enjoyed by those living, working and visiting the city, and is the perfect centrepiece for the surrounding landmark buildings and developments.

“It will provide a key focal point for the broad range of public and private sector investments currently taking place adjacent to Centenary Square at Paradise, Arena Central, Symphony Hall and West Midlands Metro, and hopefully help to attract even more.”