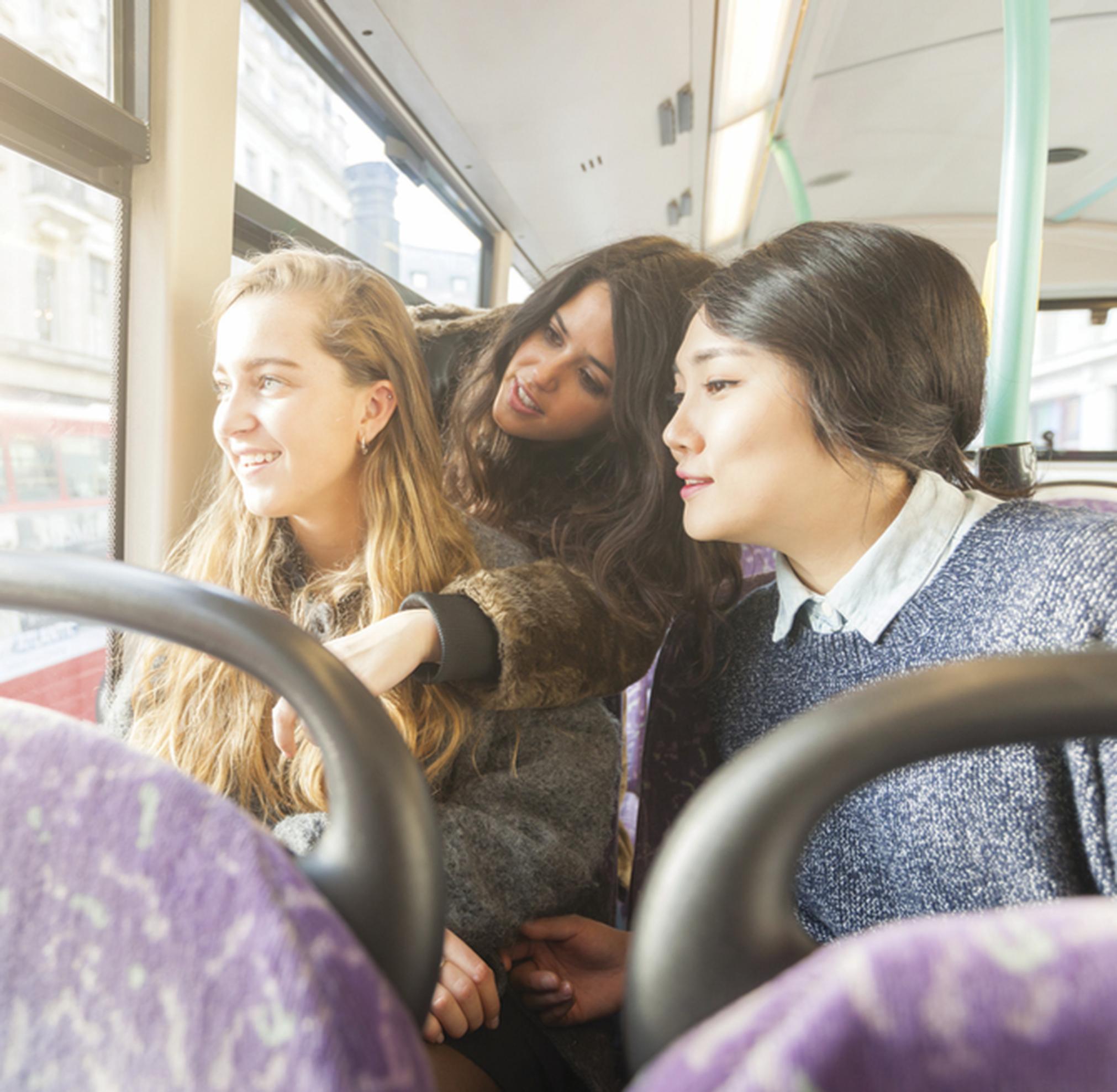 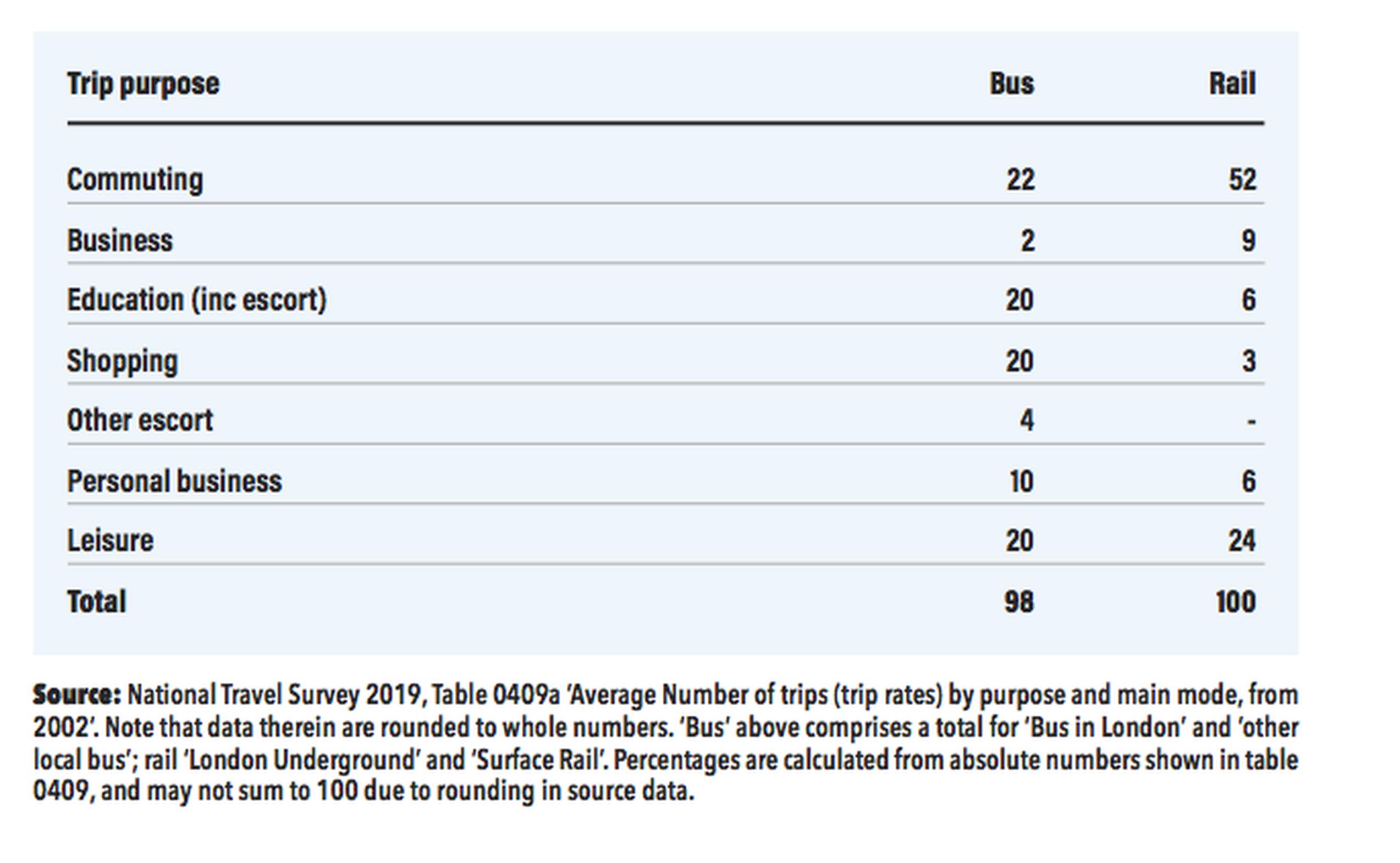 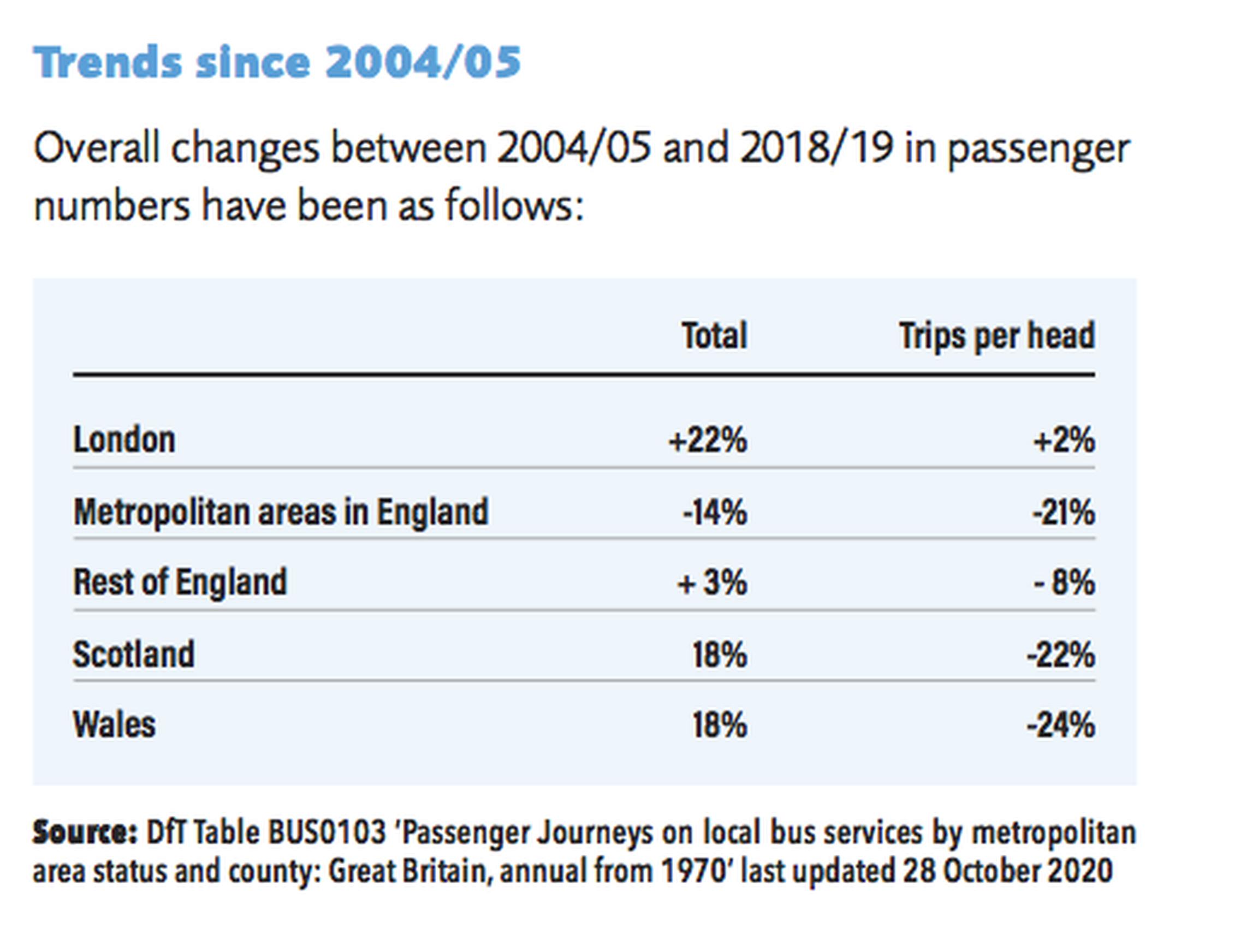 Bus ridership in Great Britain has declined in passenger terms over recent years, but there is potential to increase patronage, says a new paper published by the Chartered Institute of Logistics and Transport’s (CILT) Bus & Coach Policy Group.

Between 2004-05 and 2018-19 there were significant passenger number reductions of more than 20% in Wales, Scotland and England’s metropolitan areas, while in London and in the English counties’ passenger numbers had increased.

Bus ridership in Great Britain has declined in passenger terms over recent years. Between 2004-05 and 2018-19 there were significant passenger number reductions of more than 20% in Wales, Scotland and England’s metropolitan areas, while in London and in the English counties’ passenger numbers had increased.

However, variations exist, with southern England cities such as Brighton, Bournemouth and Bristol, and in Scotland, Edinburgh, seeing growth in bus use. In Wales, the TrawsCymru interurban bus network bucked the overall trend with an increase in its passengers from 0.473 million (2007-8) to 2.033 million (2018-19).

In England, the bus customer base pre-Covid was comprised of education and commuting trips (42%), followed by shopping (20%) though the latter has been falling for some years partly, it is suggested, by increased out of town centres that are not serviced by bus.

Bus demand in Britain has been strongly affected by the pandemic. Service levels are now restored to their March 2020 levels on most routes with government support plugging the financial gap.

A wide range of published research evidence on bus demand has been reviewed by Cole and White, including sensitivity to fares and service levels, along with other factors.

Simpler fares structures may help to attract passengers such as zonal prices or a multi-ride/multi-operator ticket or contactless bankcards. These bring lower operating costs through shorter dwell times at stops.

The authors write that competition from the car, cycling and walking is critical, especially in terms of overall journey time, particularly where bus priority is limited.

Recent surveys have examined the factors that will attract passengers to buses: some of these factors also appear in the Bus Strategy for England.

The full report is available here