Natural habitats can remove carbon from the atmosphere 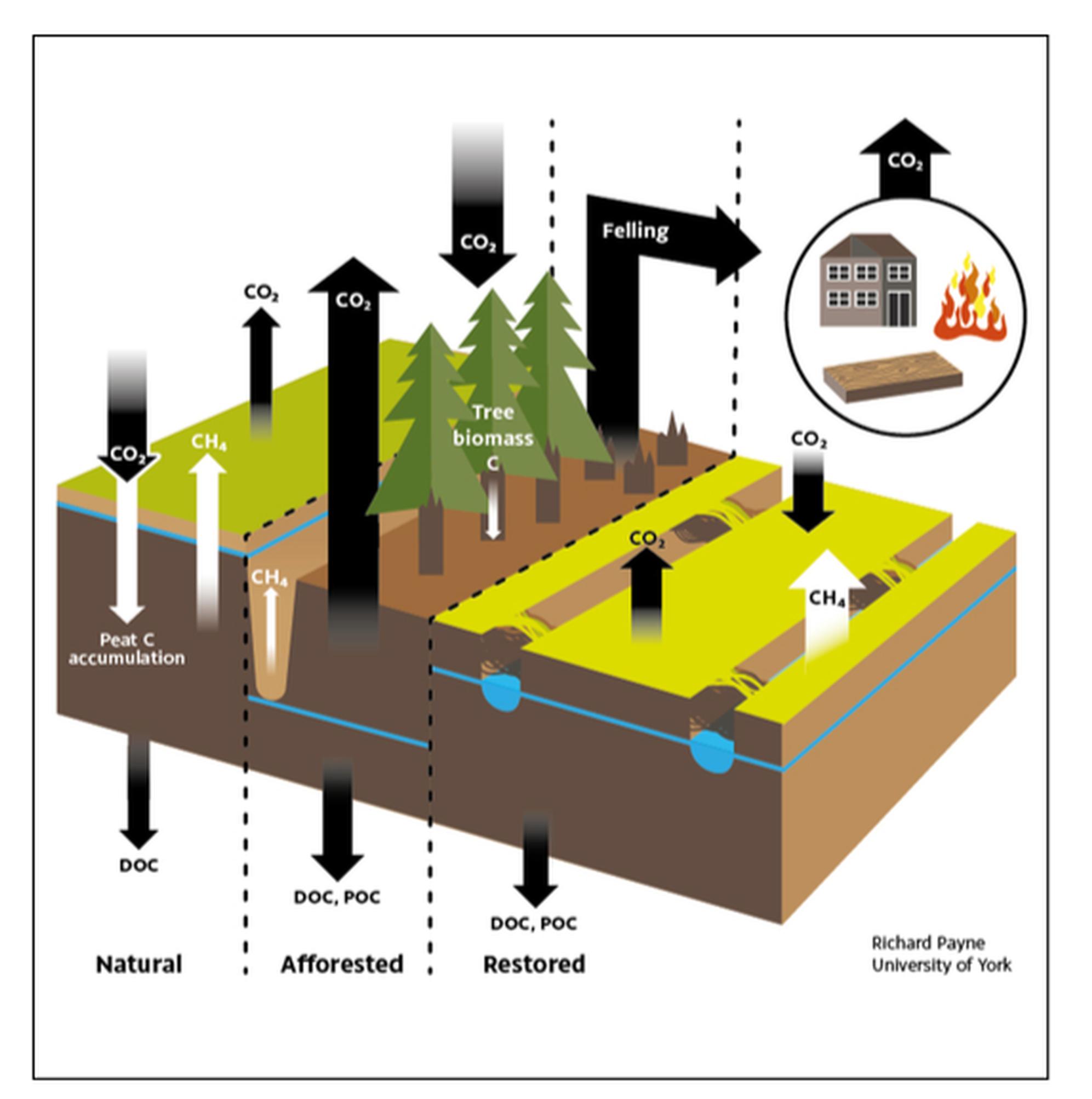 Peatlands and native woodlands are the habitats that have the greatest capacity to store carbon, reveals a study into the role landscape can play in carbon storage and sequestration.

Researchers from Natural England have developed a picture of the impact that different UK habitats can have in taking carbon out of the atmosphere whilst delivering for both biodiversity and conservation.

Alongside peatlands and native woodlands, the report shows that many other habitats, including coastal and marine habitats such as saltmarsh and sea grass meadows, have a significant role to play a role in helping the UK hit net zero by 2050.

The report highlights the importance of protecting traditionally managed habitats such as hedgerows, hay meadows, heathlands and old orchards as a way of preserving carbon stocks and wildlife that may have taken centuries to develop.

It suggests that there are also good opportunities to create new patches of habitat and hedgerows within farmed landscapes for biodiversity and carbon storage.

Future environmental land management schemes for farmers and land managers will reward farmers for the creation and maintenance of habitats, such as native woodlands and peatlands. The Landscape Recovery scheme, for example, is being designed to incentivise major land management changes and habitat restoration within our wooded and peatland areas across England.

Dr Ruth Gregg, senior specialist for Climate Change at Natural England and lead author of the report, said: “Our natural and wild places will play a crucial role in tackling the climate crisis. This study gives the most complete picture of the impact of habitats around us in delivering carbon storage and sequestration. As well as highlighting the well-known importance of carbon stores such as peatland and woodland, we now have a much better understanding of the full impact of other habitats such as hedgerows and saltmarshes, and how we should manage these going forward.

“Not only do our habitats capture carbon, but they provide many other benefits for biodiversity and the wellbeing of society. For habitat creation and restoration to achieve its full potential in helping the UK achieve net zero by 2050 we need to act now, basing decisions on robust science and taking a strategic approach. This report will support Natural England, the government, and environmental organisations across the country to do just that.”

The study looked at a wide range of the UK’s natural habitats, finding that:

Tony Juniper, chair of Natural England, said: “This research reveals the fundamental importance of conserving and enhancing our natural environment in meeting the climate change challenge. Taking carbon out of the atmosphere to be stored in ecosystems, including woods, peatlands and salt marshes, is a vital part of our journey to net zero, and if done in an integrated manner will help meet our ambitions for nature recovery and also climate change adaptation, such as reducing the risk of flooding.

“By combining different policies and strategies on land and at sea, then major climate related benefits can be achieved. Woodland creation incentives, peatland recovery, action on farms, renaturalisation of the coast and landscape-scale nature recovery projects can all contribute. The climate change and nature emergencies are two sides of the same coin and with this kind of information the UK can lead in showing how we can go low carbon and high nature at the same time.”

English Heritage hopes the research will provide a resource for government as part of its upcoming action plan for trees and woodlands, alongside a package of measures to promote the restoration of peatlands.

It is also expected to help environmental groups, local authorities and land managers work together to deliver biodiversity benefits and help the UK achieve net zero greenhouse gas emissions by 2050, while increasing the economic benefits for society through nature, as set out in the Dasgupta Review.

Darren Moorcroft, chief executive of the Woodland Trust said: “The Woodland Trust’s State of Woods and Trees 2021 report provided new evidence for the substantial levels of carbon held in ancient woods, storing 36% of total UK woodland carbon, despite comprising only 25% of all woodland.

“These carbon stores are expected to double over the next 100 years, demonstrating the importance of protecting and restoring these irreplaceable habitats. Acknowledging the significance of native woodlands and other valuable habitats as natural solutions to climate change and nature recovery is vital for tackling the climate crisis and we welcome this contribution from Natural England to the growing evidence base.”