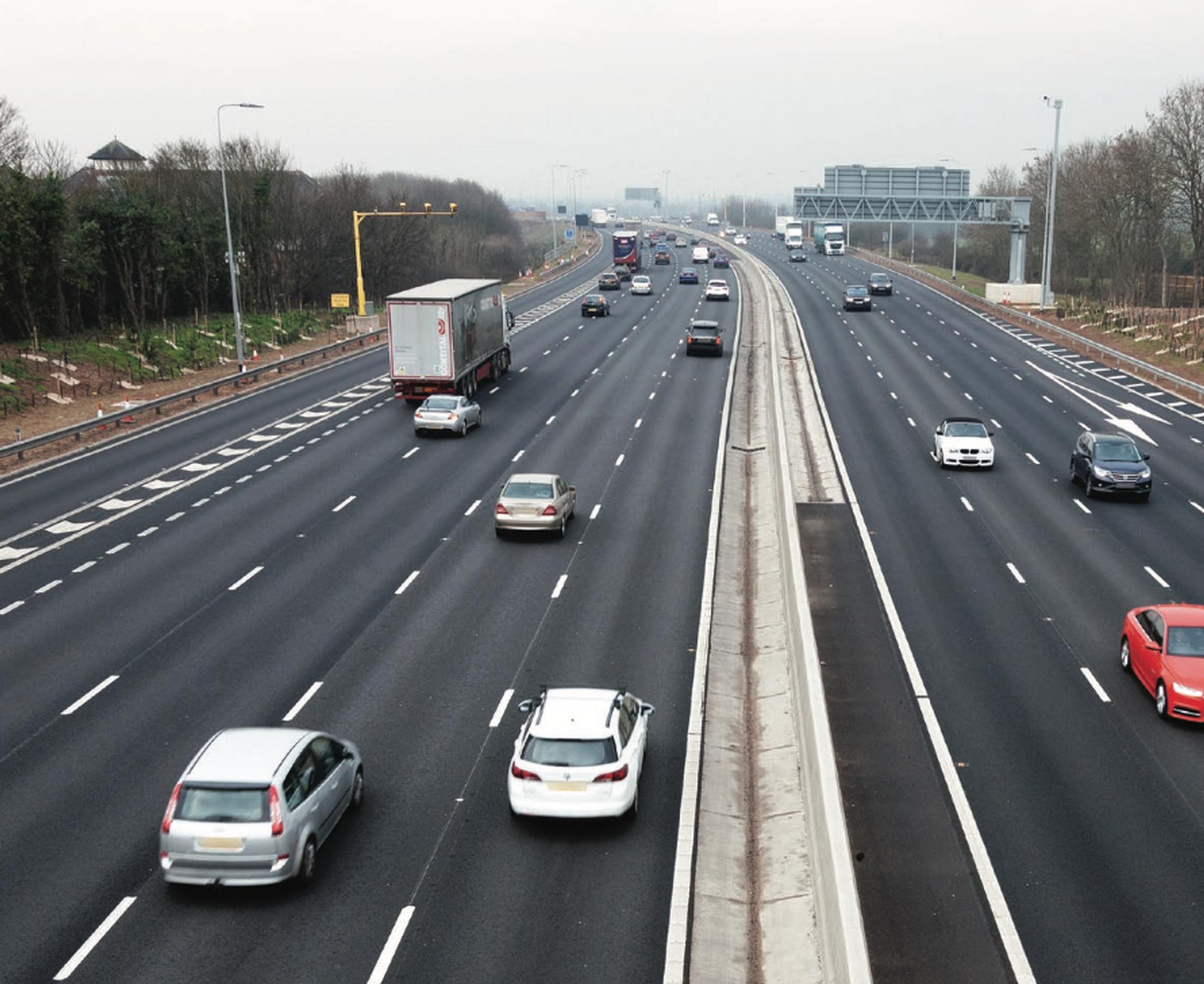 No new section of All Lane Running (ALR) motorway will be opened in the UK unless it has stopped-vehicle detection, the government has announced.

ALR motorways do not have hard shoulders, instead relying on technology and features not seen on conventional motorways, such as set-back emergency areas and red X signs on gantries, to manage breakdowns. In addition, radar detection to spot stopped vehicles is also being rolled out. The government says that all existing ALR motorways will have radar technology fitted six months earlier than originally planned.

The pledge comes as Highways England publishes a first year smart motorway safety evidence stocktake and action plan, which the Department for Transport says, is backed by a £500m investment.

The first-year progress report includes commitments to speed up the completion of safety measures, as well as the latest safety data.

To accelerate improvements, by the end of September 2022, Highways England has committed to:

Work to update the Highway Code to provide more guidance about driving on ALR motorways will also be bought forward and is due to be published this year.

The smart motorway concept is controversial. Some families of victims have dismissed the proposed measures and demanded hard shoulders be reinstated. This criticism was endorsed by the Labour Party and trade unions.

However, the government said data from the progress report, covering the five years from 2015 to 2019 inclusive that ALR motorways are one of the safest types of road in the country. Drivers on a conventional motorway are 33% more likely to be involved in a fatal accident than drivers on an ALR motorway. The government data also demonstrates that the fatality rate on strategic road network A roads is three-and-a-half times that on ALR motorways.

The figures have been compiled on a five-year basis because single-year figures are too low, and fluctuate too much to draw conclusions from, the government stated. For the year 2019, there were 9 fatalities on ALR motorways, one less than in 2018, and a total of 15 fatalities on motorways without a permanent hard shoulder, four more than in 2018.

The increase in fatalities in 2019 was accounted for by so-called ‘Dynamic Hard Shoulder’ motorways, where the hard shoulder operates only part-time. All these motorways are being withdrawn and replaced with ALR motorways.

Transport Secretary Grant Shapps said: “Despite the data showing that fatalities are less likely on All Lane Running motorways than on conventional ones, this doesn’t mean all drivers necessarily feel safe on them. That is why I tasked Highways England last year with delivering an action plan to raise the bar on safety measures even higher. This progress report shows the extensive work already carried out, but we want to do more.

“Alongside the raft of measures already undertaken, today I am announcing that all new All Lane Running motorways will open with stopped vehicle detection technology in place, as well as a programme to speed up the roll-out of the technology on previously built stretches of All Lane Running motorways to next year. This will help us further reduce the risk of accidents on the country’s roads.”

“So-called smart motorways started to be built in 2001 and I am determined to ensure that technology and exacting standards are in place.

Highways England’s acting chief executive Nick Harris added: “I want Highways England to continue to be an organisation that listens and puts the safety of road users first. We’ve made good progress delivering the improvements set out in the 2020 stocktake, but we are not complacent and are examining ways to improve safety further. We will continue implementing the findings, and will work with drivers to make increasingly busy motorways safer for everyone who uses them.”

The government quoted a positive reaction from independent road safety campaigner, Meera Naran, whose 8-year-old son Dev died in a motorway accident on the M6 in 2018, said: “This is a positive step in the right direction in making our roads safer through the use of available technology. I’m determined to ensure there is an ongoing commitment from ministers and executives that we continue to improve road safety and implement all the changes from the action plan.”

There was also support from Steve Gooding, director of the RAC Foundation, said: “We welcome this acceleration in the retrofitting programme. Whilst the casualty numbers suggest smart motorways may, overall, be safer than conventional motorways with a hard shoulder that doesn’t mean they can’t be safer still.

“Ministers acknowledge a gap remains between what the data suggests about the safety of smart motorways and what many drivers believe to be the case: the numbers mean nothing if it’s your car that breaks down and you can’t reach an emergency refuge.”

Gooding drew attention to the need to tackle the perception of drivers. “The challenge for Highways England is not just doing the upgrade work but communicating to road users that all lane running requires a different mindset from drivers – only then will they start to turn public opinion around.”

Road safety charity IAM RoadSmart has previously given a cautious welcome to the government’s plans to improve the safety of smart motorways. It supports the earlier introduction of stopped vehicle technology (SVD) and more frequent refuges but also point out the need for better education and information for smart motorway users. However, despite the reassurance that smart motorways are ‘safer’ than traditional motorways, a recent IAM members poll shows that over 80% feel less safe on a smart motorway.

Tony Greenidge, IAM RoadSmart chief executive, said: “Our survey results have given us a strong platform with which to work in partnership with Highways England and Department of Transport to help increase confidence among motorway users. We believe that high quality and frequent education is needed to deliver ongoing reassurance to drivers and riders. A new education course and swift penalties for those drivers who put others at risk is also being proposed, to be effective this must be backed up by more traffic police to ensure the new powers are used. The plans to automatically enforce Red X violations from 2022 are much needed.”

The Road Haulage Association (RHA) welcomed the government’s progress towards making smart motorways safer and has pledged to help ministers do more to raise awareness across the industry. RHA chief executive Richard Burnett said: This is a positive move from the government, and we welcome the programme of improvements they’ve promised. Smart motorways increase journey efficiency, but more needs to be done to help people understand how they work and boost their confidence in using them to improve safety.”

However, Burnett wants officials to make the roads even safer by shortening gaps between refuge areas, and better educating road users. He said it is essential that a Driver CPC module dedicated to using smart motorways is mandated for commercial vehicle drivers. The RHA welcomed ministers’ commitment to updating the Highway Code with new guidance on using high speed roads, and urged them to undertake a comprehensive campaign to increase awareness. “We will support the government to promote smart motorway safety across our sector,” he added.

There were critical voices. The Labour Party said it would press Grant Shapps to reinstate the hard shoulder immediately while full safety reviews were undertaken. Jim McMahon, shadow transport secretary, said: “Ministers appear to have decided to ignore the pleas of those who have already lost loved ones, and of the coroners who investigated their deaths.”

The Prospect trade union said declining numbers of traffic officers undermine safety. Garry Graham, the deputy general secretary, said: “Technology can identify breakdowns but you need an operator to spot the problem, and then you need traffic officers to resolve it.”