COVID-19 walking and cycling gains need to be locked in, reports CREDS and Decarbon8 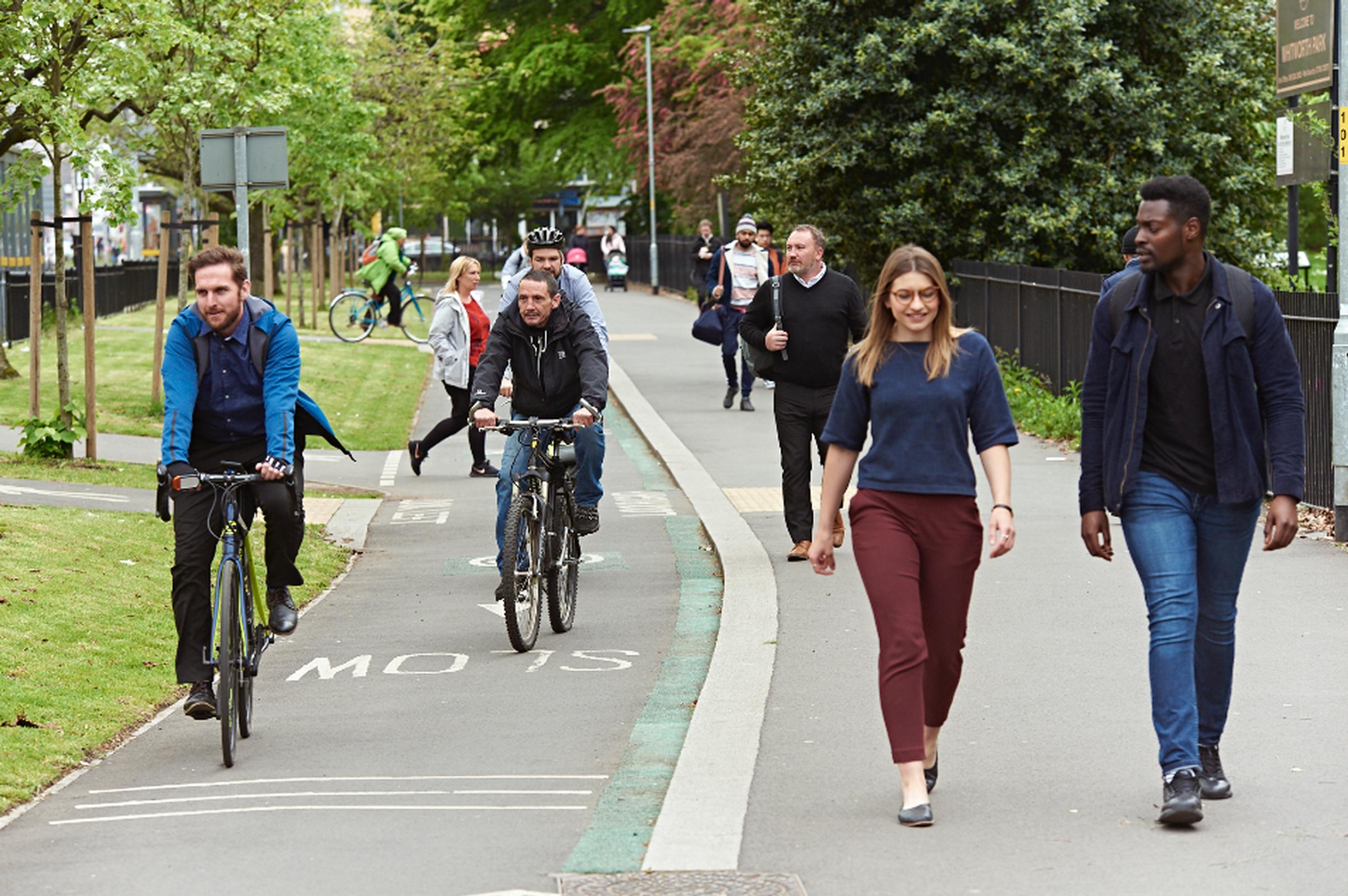 People in England and Scotland have adopted lower carbon travel options during the pandemic, new research has found. Newly-released survey data shows that people have walked and cycled more, and worked and shopped more online than ever before.

Researchers from CREDS and the DecarboN8 network have been tracking how and why travel patterns have been changing in response to the pandemic restrictions.

Car use has not recovered and car sales are down, despite very low public transport use, say the report's authors, Greg Marsden, Jillian Anable, Iain Docherty and Llinos Brown.

Their report argues that the shift to active travel – walking and cycling – needs to be consolidated and extended to meet the UK’s net-zero carbon goals. The  team calls for a major realignment of investment and policy to ensure there is not a not return to the previous "overcrowded, congested, polluting and unhealthy" transport system that people had come to accept as inevitable.

The researchers recommend that the government’s investment plans should be altered to focus on creating high-quality neighbourhoods where people can walk and cycle to work, shops and services, and safe routes to schools and town and city centres.

There was also a significant increase in cycling, the team reports. The warm conditions of the first lockdown in Spring 2020 saw levels increase two to threefold. Even in winter, levels of cycling held up remarkably well, the CREDS team says.

The report points out that the UK and Scottish Governments invested to support the rapid introduction of schemes to provide more space for walking and cycling. The authors say this investment supported trips that people have wanted to make more of and offers great public health outcomes.

The researchers point out that the introduction of new cycling and walking schemes was done in a hurry and some schemes were not well used or had design faults. However, the report authors found that people want to see more reallocation of space to active modes. However, the authors say support for measures that improved walking and cycling outweighed objection to them by a factor of almost 2-to-1. Vocal objectors are also in the minority, the authors report.

The research found that twice as many people are supportive of reallocating space for walking and cycling as object to it. The authors argue that adjusting investment along these lines has the potential to benefit everyone and would support local jobs and neighbourhood and town centre renewal, as well as carbon reduction goals.

It was assumed that the switch away from public transport would mean everyone turned to the car. However, working from home increased fourfold among the survey group to an average of more than two days a week across all workers. This has reduced some car use, the authors say. New car sales fell 35% during the past year and traffic was, on average, 30% down on 2019.

Dr Greg Marsden, who led the research, said: “It would be a huge mistake to try and go back to the overcrowded, polluted and congested transport system we had before the pandemic. Our work shows people have been much more active during the pandemic, particularly walking.

“We need to go even further and faster in our efforts to create really walkable and cyclable environments and better neighbourhoods if we are to maintain what has been one of the few positives to result from the pandemic. It will have huge health benefits. Building back better needs to be building back differently. To make this happen we also need to keep down the levels of traffic on the road. People have not gone back to car yet in a big way and we can take actions to keep that down.

“If everyone who has been working from home during the pandemic did so for two days a week that would take 14% of peak period car trips off the roads, equivalent to a school half term. We can channel the money that might have been set aside for new roads to pay for a better, more local and more liveable transport system that works for everyone.”

DecarboN8 is an EPSRC-funded network to bring together business, government and academia across the North of England. It aims to trial and accelerate the adoption of low carbon transport solutions. DecarboN8 is also funded by UK Research and Innovation.

Briefing report: At a crossroads – Travel adaptations during Covid-19 restrictions and where next?

Full report: Report: At a crossroads – Travel adaptations during Covid-19 restrictions and where next?