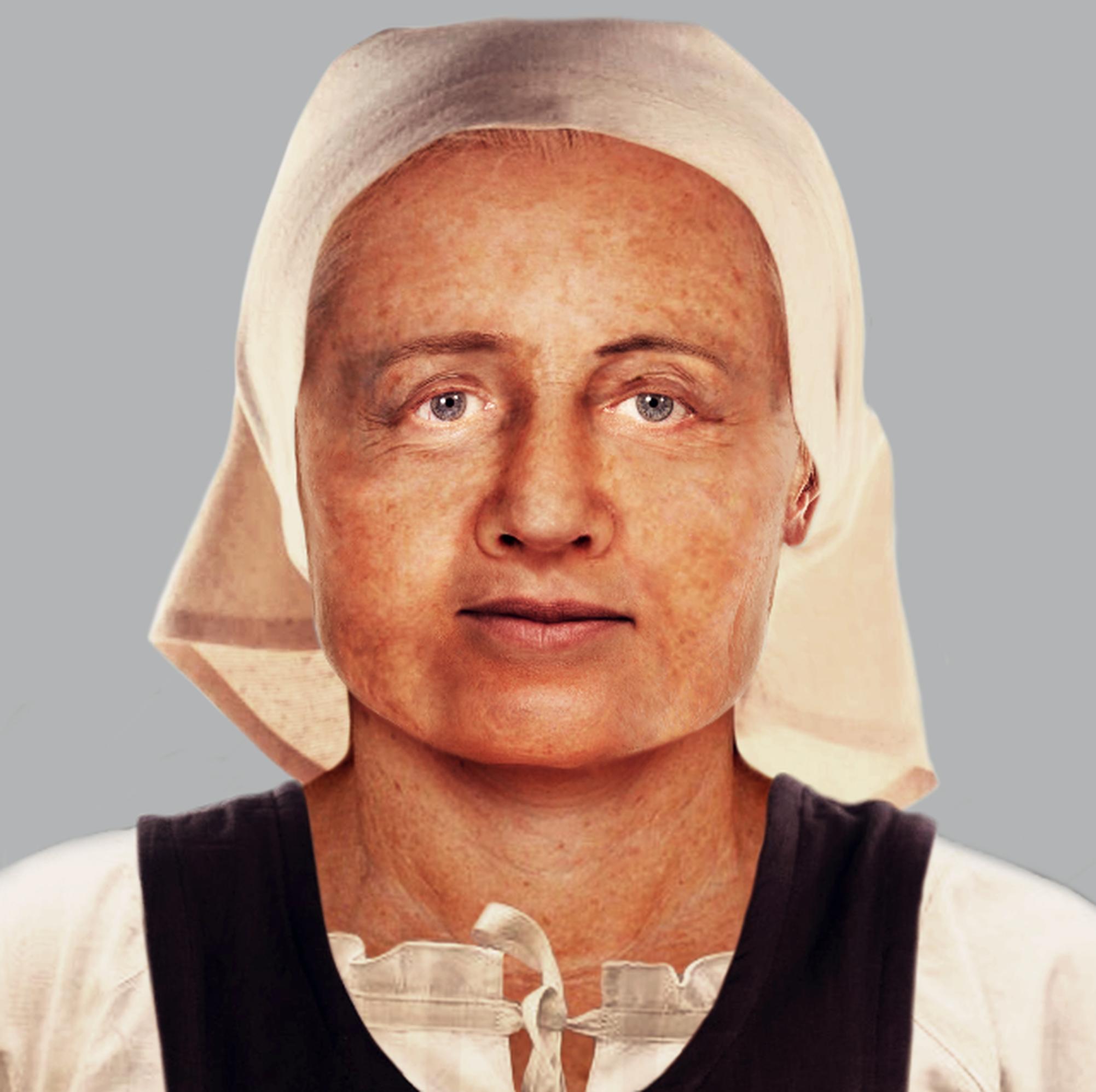 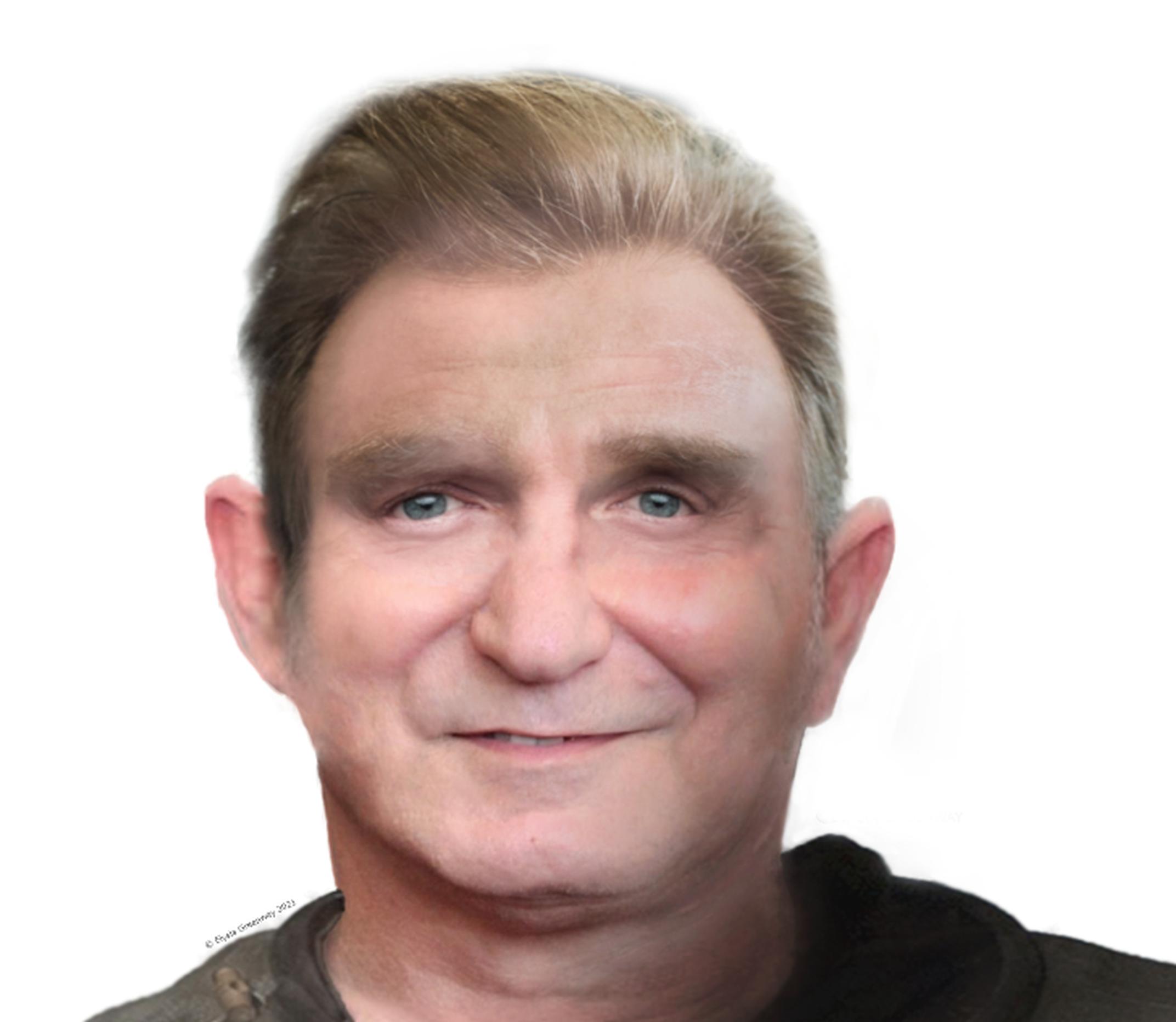 The man and woman look friendly, with open, smiling faces and twinkling eyes that make direct contact with the viewer. They are the faces of people who you might pass in the street or encounter in a shop. However, these are a people who actually lived and died centuries ago.

Forensic artists have reconstructed the faces of people whose remains uncovered during the excavation of the medieval graveyard in Scotland. The graveyard in Leith, which dated back to between the 14th and 17th century, was excavated as part of works on the Trams to Newhaven project.

Masters graduate students from the University of Dundee, working closely with project sub-contractors GUARD Archaeology and as part of an ongoing internship with the Council Archaeologist, used special 3D scanners to build up digital versions of skulls discovered during excavations outside South Leith Parish Church. These were the basis for lifelike representations created of the former residents, the first step in the aging analysis of bodies.

The first two pictures feature a man and woman both aged between 35 and 50. Early forensic analysis indicates that the woman may have suffered from nutritional deficiencies.

Council archaeologist John Lawson said: ‘’These fantastic reconstructions help us connect directly with our forebearers. Often, we as archaeologists just see the physical remains but the work undertaken by Dundee University’s forensic artists helps put the flesh, so to speak, back onto these remains and by doing so I feel brings them closer to us today.’’

Excavations were carried out in summer 2020 outside South Leith Parish Church, Constitution Street, where previous investigations showed that in the medieval period the church’s graveyard extended across the road with graves surviving beneath the current road surface.

The team of archaeologists, who were working to remove any human remains that could be affected by the tram works, exhumed more than 360 bodies, dating from between 1300 and 1650, as well as finding the apparent remnants of the original medieval graveyard wall.

The remains are now subject to examination and analysis that will reveal information on the origins, health, diseases and diet of the people of medieval Leith. This has involved partnership work with the University of Dundee and Forensic Art MSc graduate students Viviana Conti and Elysia Greenway, who have created facial reconstructions and have recorded vlogs for the Trams to Newhaven YouTube account, explaining their process.

Lynn Morrison, Lecturer in Forensic Art at the University of Dundee, said: “Elysia and Viviana have done an excellent job reconstructing the faces of these individuals. This internship has given them a great opportunity to develop the skills learnt on the course and gain some valuable experience in the field. I am delighted to see how well they are doing.”

The main construction works on Leith Walk from Elm Row to Crown Place are currently underway, with traffic management involving Leith Walk being reduced to one city-bound lane between London Road and Crown Place for the duration of the works.

Cllr Lesley Macinnes, transport and environment convener, said: “These images give us a fascinating insight into the lives of the people who lived in our city centuries ago. The work being carried out now will not only shed light on the area’s past but will help to conserve it for many years to come. “This is all part and parcel of the broader project to bring trams to Newhaven, and I’m glad that we’ve been able to involve residents in exciting developments like this, as we progress with such a major scheme.”