The true cost of driving in cities?

Are we finally realising the true cost of driving in our cities? No, it would seem, says Philip Ellis, CEO, Beryl 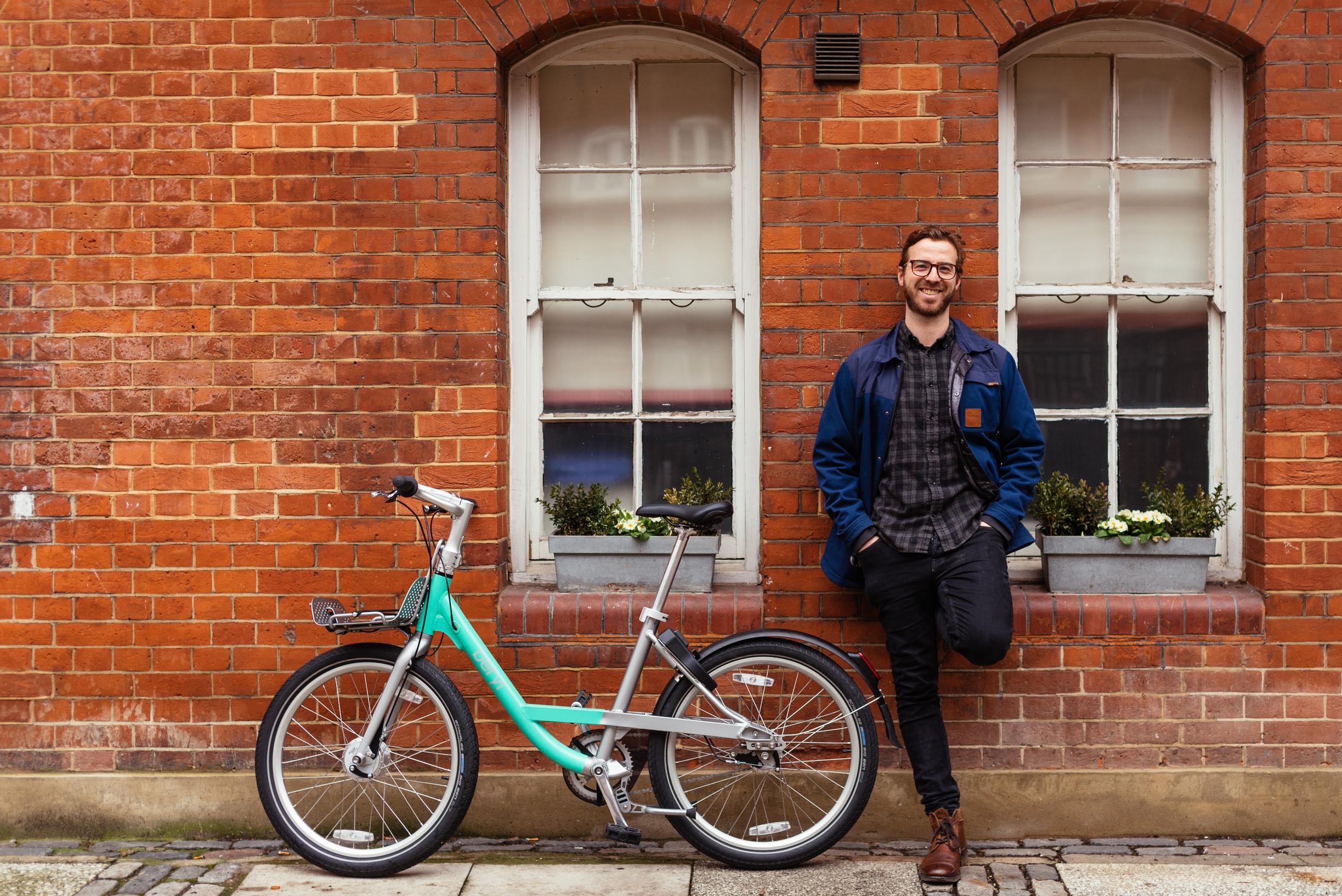 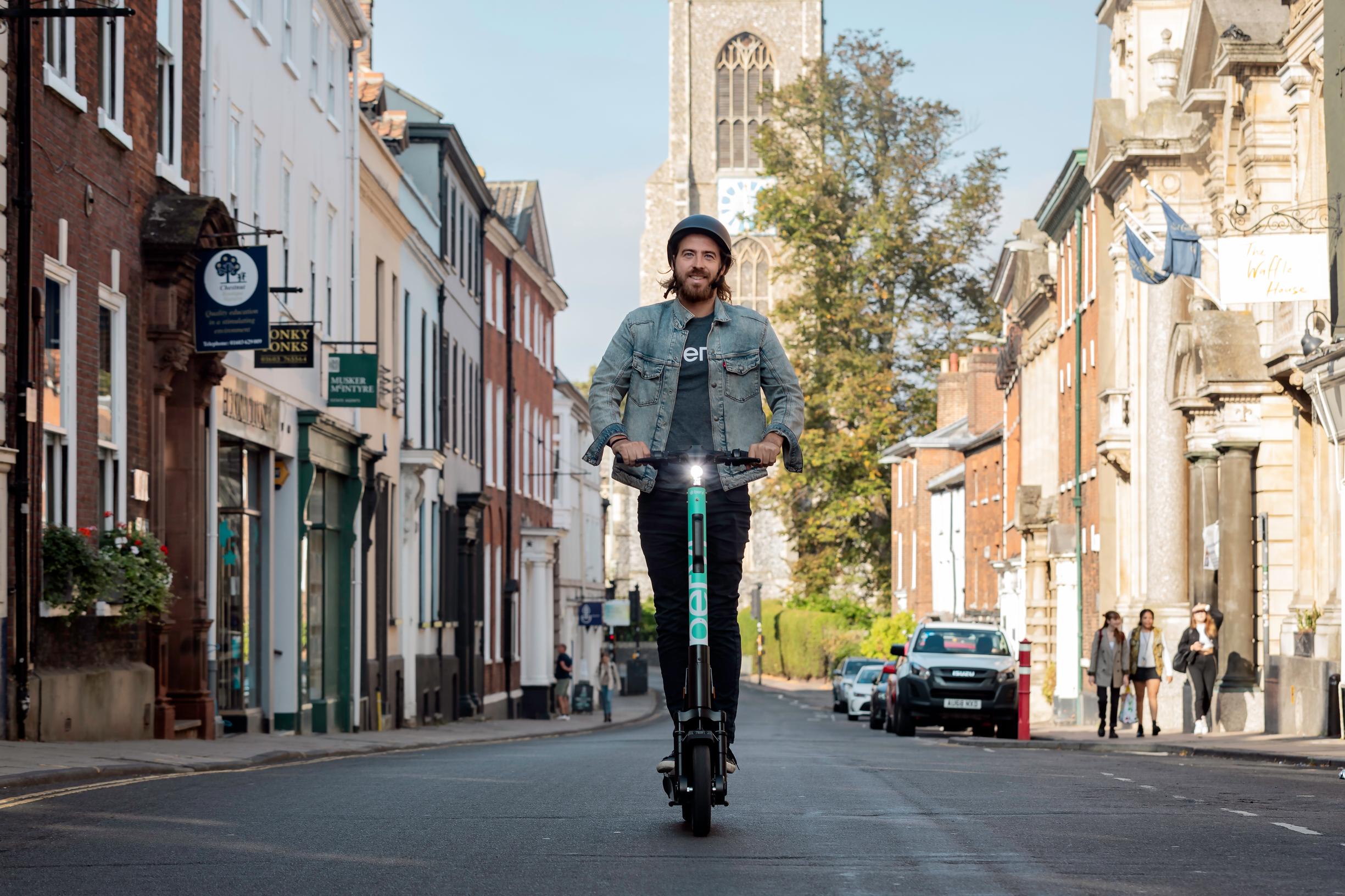 Even now, after everyone has been told to stay at home, any of those who have the time and money are back in their cars. It’s really important to remember that it is a luxury, an expensive luxury that isn’t available to as many people as we think.

Fresh data shows that Manchester is the most expensive UK city to drive in, costing on average £1,058.99 based on fuel, insurance, parking and MOT. Yet still in Greater Manchester there are around 250 million car journeys of less than one kilometre each year – the equivalent of a 15-minute walk or a five-minute bike ride.

It has been notoriously difficult to get people to think about the actual cost of driving. If you want to go and get a pint of milk from the local shop - the sunk cost: car purchase, depreciation, fuel, insurance, storage - is disregarded in this consideration

Some have noticed that driving might be a tad expensive, like the insurance companies, who have higher profits left over from the fact people weren’t driving around and crashing into each other.

That is the economic trigger that has caused one of the more newsworthy ways in which people realise driving is expensive; there was money left over from people not destroying their cars in horrific and violent ways.

It’s not the insurance companies fault that we drive so much in cities, we drive because years of policy making has decided that we really ought to. So much so that individuals should pour money into and governments should subsidise it as much as possible.

With car culture such an integral part of everyday life, it took a global pandemic for lots of people to remember the joy of being outside walking and cycling for fun or for utility.

May 2020 was glorious for this, but by June everybody had been told to get back to work and we reverted to old bad habits. We must keep the tide of policy in favour of creating space for those who want to walk, cycle or go by e-scooter, and ideally place pressure on those who want to continue driving for shorter journeys.

It has been notoriously difficult to get people to think about the actual cost of driving. If you want to go and get a pint of milk from the local shop - the sunk cost: car purchase, depreciation, fuel, insurance, storage - is disregarded in this consideration.

If it was, nobody would use a car to do this kind of journey, it would cost about £12. But as options improve and car ownership becomes less attractive and necessary, they can start to consider the right vehicles for the right occasion - rather than the one size fits all approach to mobility - which leads to “I’ll use a car for everything”.

However, quieter streets have welcomed new waves of people who want to travel in active ways, benefiting from more room and safer spaces to walk, cycle and take e-scooters in new trials. In Beryl’s most mature scheme in Bournemouth, Christchurch and Poole we saw the number of Beryl Bike journeys increase by 350% in Q2 and Q3 of 2020 compared to all previous quarters.

In challenging circumstances, micromobility providers are supporting this change to active travel and helping cities and their residents transform their daily transport habits for the better.

By offering affordable, convenient and sustainable journey options, we are experiencing an unbundling of cars. What I mean by this is it’s estimated that on average, per year in the UK, a private car is a bundle of 850 trips that costs close to £6,000. It’s expensive, not great for safe streets and worsening air pollution; but predictable.

As our world shifts to a place where our daily and weekly needs are within a 15-minute walk or short cycle, car users are becoming aware of these costs and seeing that micromobility operators - with their e-bikes, e-scooters and bikes - offer the same journey benefits, plus lots more (including added fun and the feeling of wind through your hair, at no extra cost).

For years we have become so accustomed to the car’s role in our world that many people use them to go 800 metres to the shops as well as 100km to visit relatives. A very small number of people actually need to use a large vehicle that takes up 10 squared metres of space and travels 60mph for one of those journeys.

E-bikes are helping people to re-imagine journeys they once instinctively took by car. A recent study showed that people who bought e-bikes increased their journey length by bike from 1.3 miles to 5.7 miles on average per day; a 340% increase. Data from our scheme in Watford shows the average journey distance for Beryl e-Bikes is 25% longer than bikes.

The study also found dramatic increases in the e-bike’s share of all the participant’s transport habits (where they rode by e-bike instead of driving, taking public transport or walking), jumping from 17% to 49%.

As the UK continues to urbanise, micromobility operators can provide people with affordable and convenient access to e-Bikes; a mode of transport that can reduce dependency on private cars for short journeys which are incompatible with a healthy, emission-free urban environment.

The government wants half of all journeys in towns and cities cycled or walked by 2030 - a bold ambition - reducing the barriers to access will have a part to play in this, alongside huge infrastructure change.

The latest National Travel Attitudes survey from the Department for Transport shows that 65% of people are unlikely to use public transport when it’s busy. This is an alarming amount of people that could end up taking that journey by car. Considering COVID-19 is a respiratory pandemic, a car-based recovery cannot be an option for society.

Worldwide data shows that shared e-scooters are a prime modal shift destination from public transport, with 13% making the switch, and European data shows an even greater percentage shift.

E-scooters are a new and exciting technology that people are drawn to, to make their journeys a bit more fun. The London Cycling Campaign found anecdotally, that e-scooter riders expressed an enjoyment at being in the open air and riding along the river on the way to work. Beryl e-scooter schemes, run in partnership with local councils and the Department for Transport, saw huge uptake in ridership in the first days of launch.

Additionally, post-journey surveys show they’re taking those e-scooter trips instead of driving. In Bournemouth and Poole, where we launched a limited number of e-scooters to help NHS staff and key workers moving, 6,000 trips were taken in the first month and nearly 20% of users said that journey would have otherwise been taken by car. Being able to make a positive effect on people’s mental health whilst they’re travelling is an invaluable resource right now.

In smaller cities and towns where local councils are clambering at ways to rejuvenate their local high streets and support small businesses, e-scooters are a great way to invigorate those areas. As a mode of cheap, point to point transport, they enable people to get to places quicker so they have more time and money to spend when they arrive.

Parked cars in high streets are a wasteful use of space that only makes one or two people happy. In the same space where one car is parked, 10-20 e-Scooters can be parked which make 50-80 people happy and drive potential revenue to those local businesses. The future of electric transport in built up areas has to be something like a Beryl e-Scooter and not a Tesla.

Cycling on a good old fashioned bicycle is still one of the best modes of transport to help cities and their residents financially. With every day spent in lockdown where we experienced reduced numbers of vehicles on our roads, cities were being shown that streets with more cycling is not only feasible but desirable.

Some of the key takeaways from ‘The Value of Cycling’ report showed that cyclists visit local shops more regularly, spending more than users of most other modes of transport. Per square metre, cycling parking delivers 5 times higher retail spend than the same area of car parking and public domain improvements that cater to cyclists have the ability to increase trade at local businesses by 50%.

Non-electric bike share schemes are a low cost way for local authorities to ensure social equity to residents across their transport services. In Europe, costs surrounding cars are estimated to be 17% of a household’s income, for the poorer households it is just under 30%. That is an incredible amount of people’s income that is sometimes unnecessarily spent on travel.

Living in a world where people are under more financial stress than perhaps ever before, and unwilling to use public transport, we need to put emphasis on transport that promotes social equity.

Beryl’s hybrid dockless scheme that places marked bays in high-ridership locations or easily adjusted to support areas with poor access to public transport, gives residents access to affordable and reliable vehicles that can be used for entire journeys or to assist with last-mile travel. More towns and cities could benefit from thoughtful bike share that allows physical, digital and financial access to shared transport regardless of age, gender, race, and income.

The appeal and value of a multi-modal approach to micromobility is showing us the true cost of driving in our cities. There’s no doubt that for specific trips cars are the best choice, but when 30% of trips by car are less than 3km - we need to use other solutions.

Micromobiltiy providers create cyclists over night, and over a few years we build behaviours that allow people to get used to the idea of getting around in an active way. Whether that is encouraging people to make a permanent change and buy a bike, or encouraging people to add some flexibility to their routine, to get a bike back from the cafe instead of an Uber.

We have a big role to play in providing this on-demand and flexible mobility option that allows people to see that the car was not needed. In that way people will start to remember that the car on the driveway (or half and half on the pavement and carriageway) is expensive, even if the insurance company gave you £25 back in 2020.

Philip Ellis is CEO of Beryl, a British business providing a new model and innovative technology for micromobility schemes, as well as products for urban cyclists