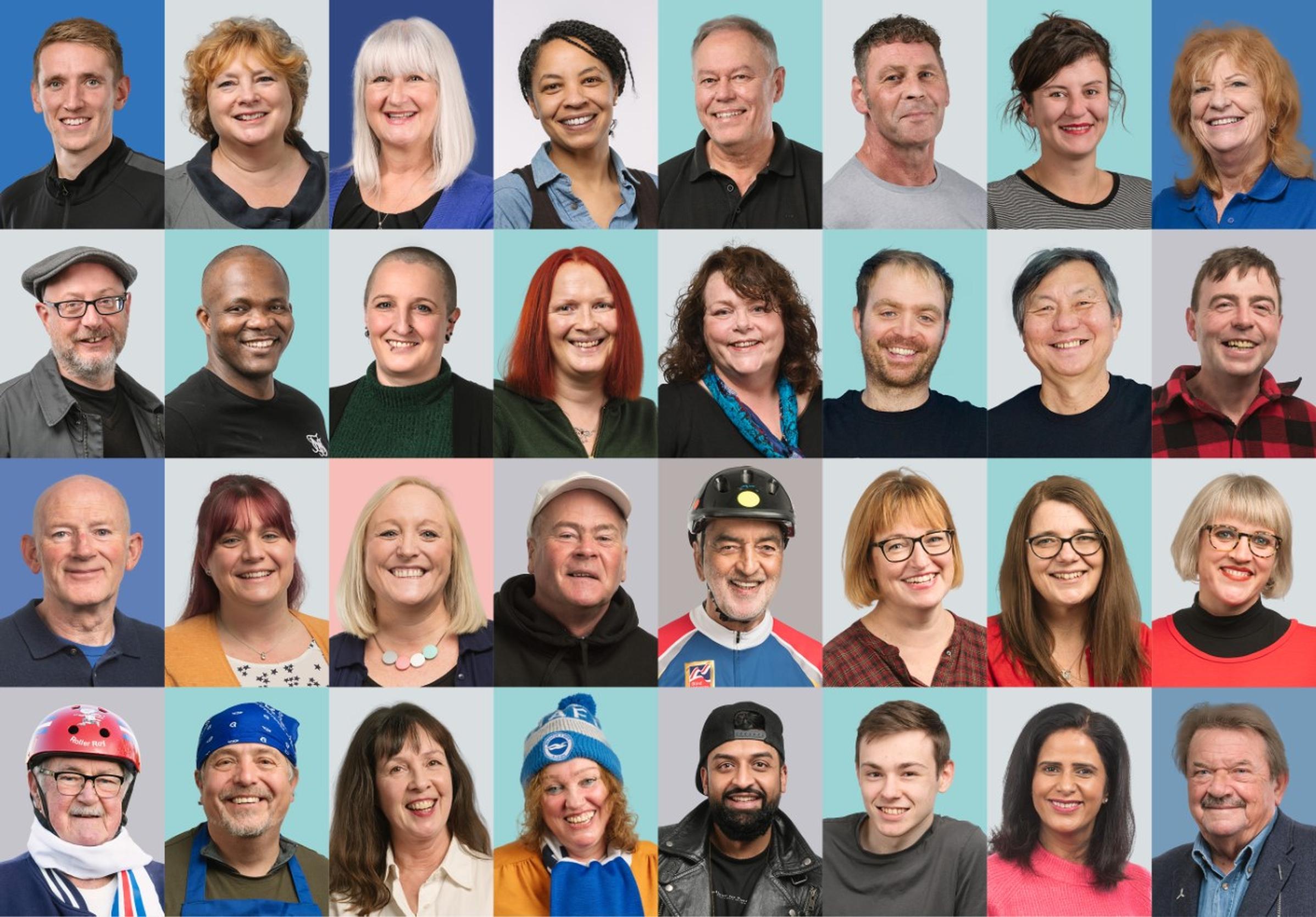 Stories of hope, kindness and humanity have been brought to life on the sides of 24 new Brighton and Hove buses.

The bus company went on a mission to find and celebrate people who have gone out of their way to make a positive impact on other people’s lives.

Local community groups and members of the public were invited to nominate and 15 people were chosen from the many nominations put forward.

From 8 March photos of 24 community champions have appeared on bus sides with a little bit about their achievements on panels inside.

Brighton & Hove and Metrobus managing director Martin Harris said: “I’ve heard so many incredible stories of altruism and compassion in this city over the years and felt it was time to recognise and celebrate the people behind those stories.

“Even in the darkest of times, there are people who buoy up those around them with their life-changing work. It is a real privilege to share these touching stories more widely with everyone in Brighton and Hove and I applaud their efforts.”

Some of the people featured are involved with supporting disabled families, others with keeping the city’s tap water clean, running football sessions for disabled children, setting up dance groups, connecting isolated people or battling homelessness.

Harris said he was especially proud to be starting Above and Beyond on International Women’s Day. “You’ll see 16 different women recognised on our buses, from schoolteachers and gardeners to hospice nurses and cooks. What a huge range of achievements too, whether that’s creating wildlife habitats, making care packages for homeless people, or setting up a girls’ football team.”

One of the women is Patcham High School staff governor and learning mentor Kate Jordan, who supports vulnerable children through personal and educational issues.  Jordan also volunteers for the BAME Young People’s Project and is equalities officer for the National Education Union. Her overriding passion is ensuring that young people get a good education, regardless of their family background, race, gender or sexuality.

Jordan said many more children had come to her with their concerns around mental health and bereavement, sexuality and gender identity, self-harm, and loneliness over the past year.  “We are at a critical mass, with a mental health crisis in children in this country,” she said. “But it’s not about how I have coped in the pandemic, it’s about what we’ve done as a team and the bond which has grown even stronger between members of staff and kids.

“People have just been incredible; like the hidden heroes in the canteen who know the kids who need a decent meal. School is a safe space. It’s the most important place if you have children or look after children. You take each day as it comes and make the most of it.”

Jordan admitted that she cried when she discovered she had been nominated by one of her daughters: “It’s very exciting. I’m thrilled, really touched.”

Meanwhile, over at Hertford Infant and Nursey School in Brighton, teachers Zoe McGuigan, Justine Harvey and Rachael Durneen, have been busy keeping the school open for those that need it and keeping home learning going. They’ve worked hard to provide lifelines like food parcels, vouchers and emotional support to the most vulnerable families.

Executive head teacher Zoe McGuigan said: “We’re honoured our hard work has been recognised by the wider community. It is important for me to say that we are not alone, and we would like to honour all staff and leaders in education across the city who have continued to ensure children and families are fully supported.

“Seeing ourselves on the bus has created a few giggles within the school team but this recognition highlights and celebrates the excellent work of every school. All our colleagues could be here as we need to all recognise that we have gone 'Above and Beyond'! Thank you!”