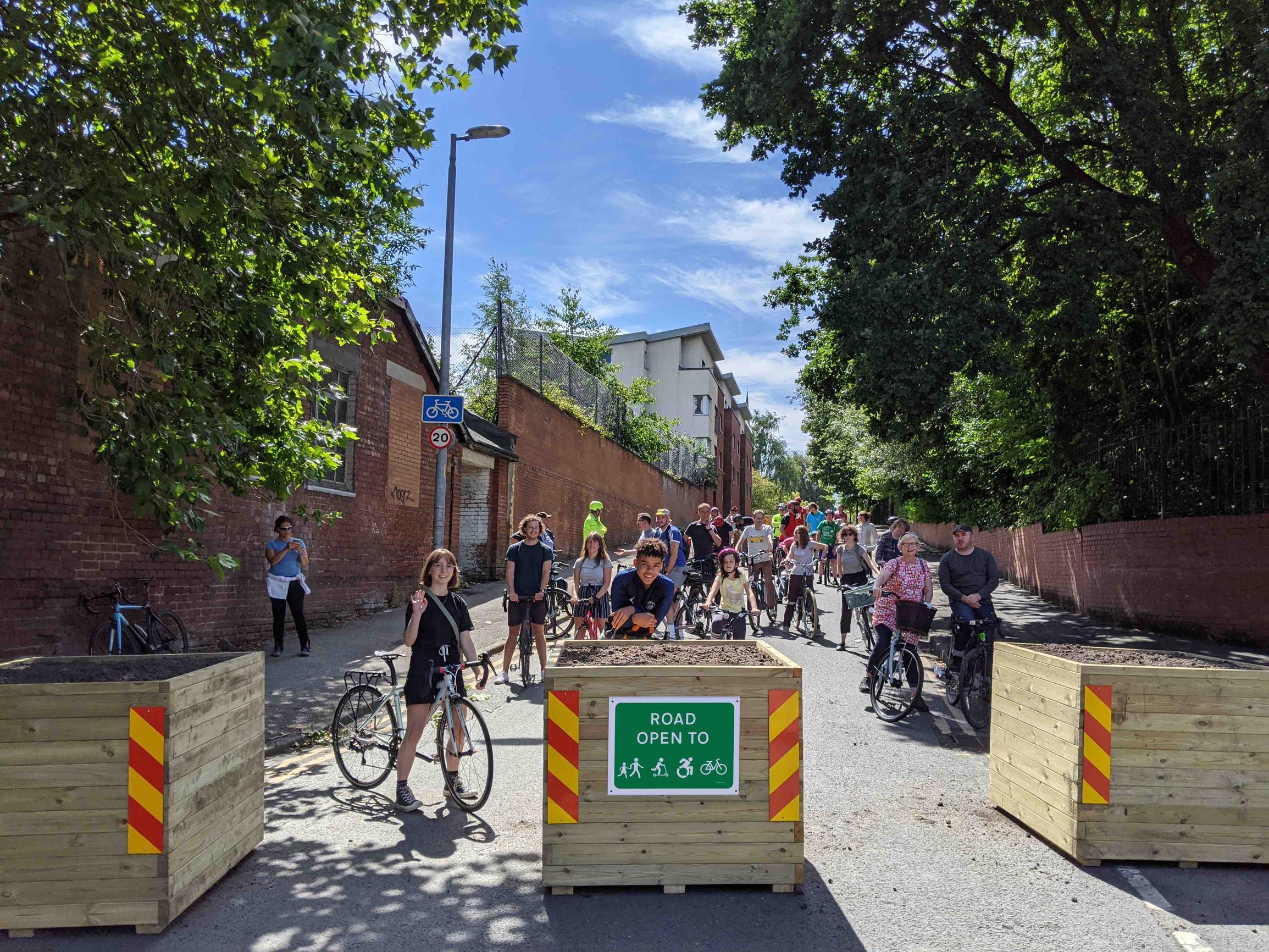 Work has started on developing Active Neighbourhood schemes in each of Greater Manchester’s ten districts. Consultant Arup and walking and cycling charity Sustrans are working with residents and other stakeholders to design the ten schemes, with benches, planters or bollards to be installed to reduce traffic on residential streets.

Arup and Sustrans will work with Transport for Greater Manchester (TfGM) and the district councils. Engagement is underway in Bolton, Bury and Stockport to gather feedback from residents on whether they would support measures to cut rat-running, and how they could improve walking and cycling links to local parks, schools and transport hubs.

School Streets – where traffic is restricted outside schools during pick-up and drop-off times - could form part of the Active Neighbourhoods programme.

TfGM is also working with 10GM, a joint venture to support the voluntary, community and social enterprise sector in Greater Manchester, to develop the schemes.

Active Neighbourhoods, also known as Low Traffic Neighbourhoods, are an integral part of the Bee Network, a 10-year plan for Greater Manchester to deliver a walking and cycling network spanning 1,800 miles, including 400 miles of segregated bike lanes.

The schemes are being funded by the Mayor of Greater Manchester’s £160m Cycling and Walking Challenge Fund.

Sustrans is creating concept designs for the schemes, based on the views of local people, which are submitted via online workshops, discussions, printed mail outs and a website.

Rory Davis, Sustrans’ Principal Urban Designer in Manchester, said: “Community engagement is central to our design process and under normal circumstances this is carried out through group meetings and workshops, so the pandemic throws up obvious challenges. Our team will be working hard to ensure that we give as many local people as possible the chance to have their say through online workshops, printed leaflets dropped to residents, and an interactive website.”

James Tate, Arup Active Neighbourhoods Project Manager, said: “The Covid-19 pandemic, and measures put in place to mitigate the spread of the virus, have resulted in extraordinary levels of active travel, such as walking and cycling, across the UK. With this, we’ve seen many cities temporarily reap the benefits of improved air quality, safer streets and stronger communities. Local councils now have the unique opportunity to create long-term behaviour change, in which active transport becomes the norm, by putting the right infrastructure in place across the UK’s cities.”

Chris Boardman, Cycling and Walking Commissioner for Greater Manchester, said: “Over the last decade, traffic levels on main roads have barely risen, but journeys on residential streets have risen by a staggering 45%. That’s five billion more miles being driven every year past people’s front doors, mostly by people using what should be quiet neighbourhood streets as shortcuts, and that’s not right.

“By stopping through traffic but keeping full access to homes for people who need to go there, active neighbourhoods prioritise those that call it home.”