Towards the net zero commute

Commuting emissions should be a much bigger focus for the DfT’s Decarbonisation Plan, Ali Clabburn, CEO, Liftshare Group, tells TransportXtra 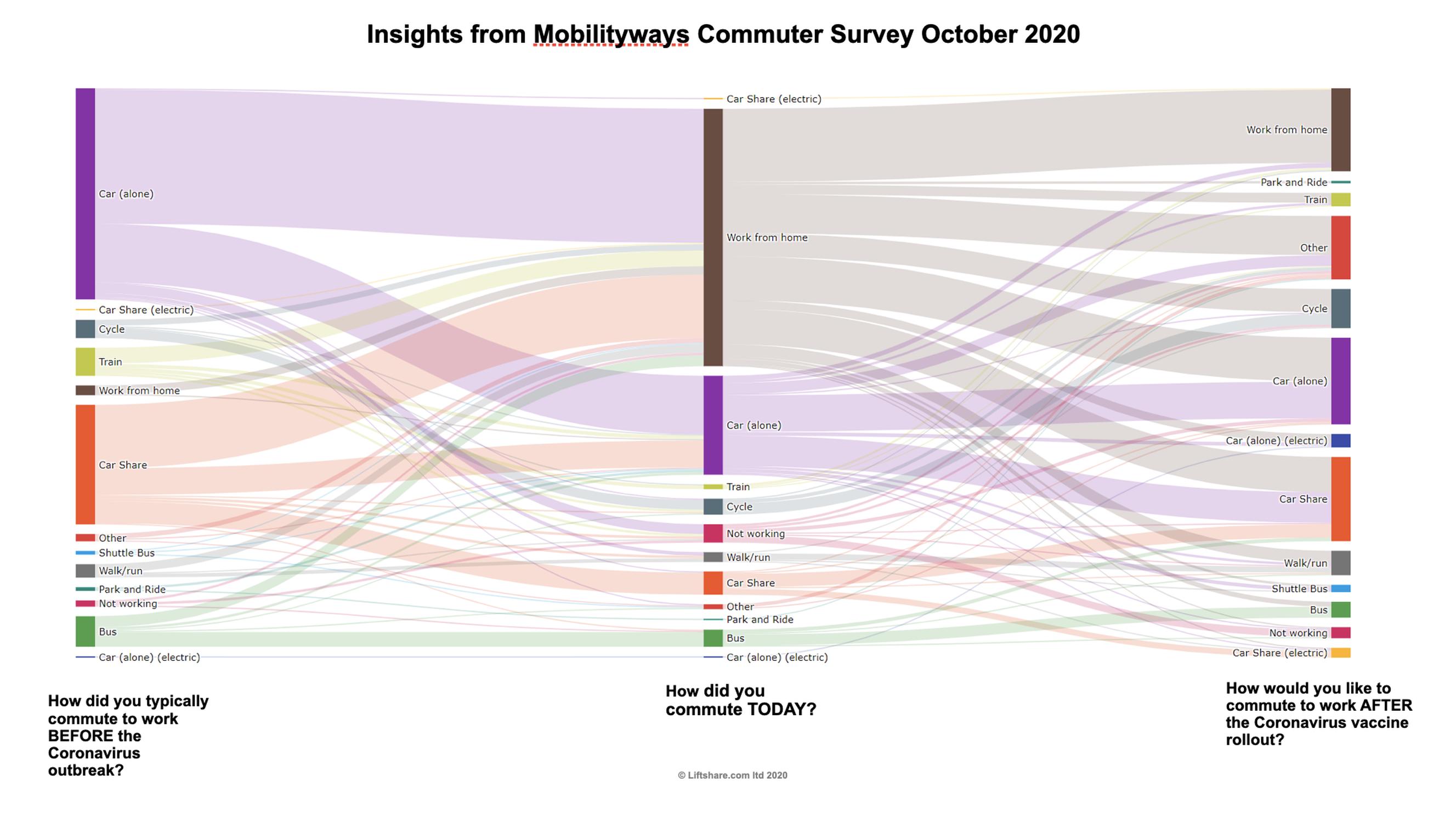 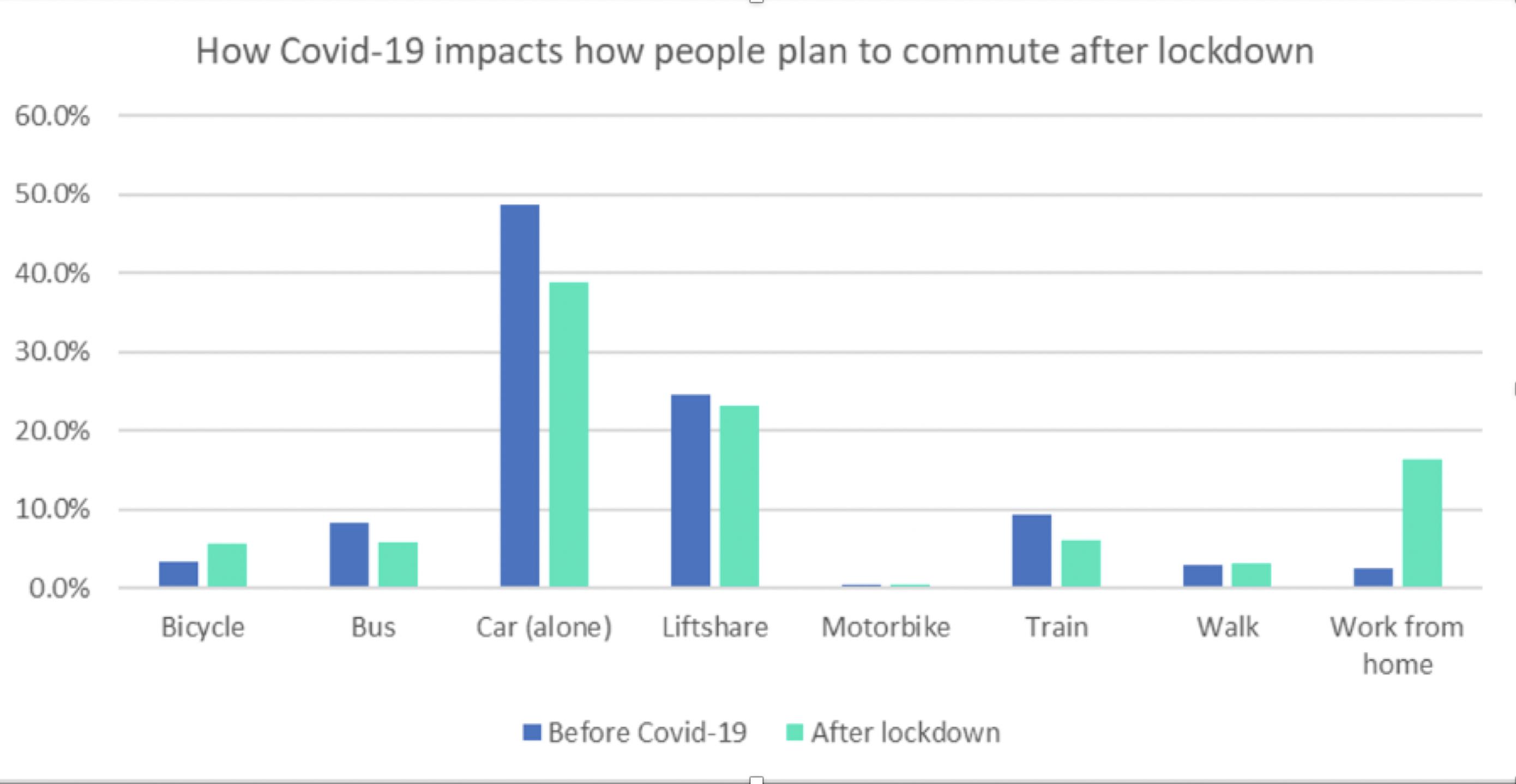 The Government is soon to publish its Transport Decarbonisation Plan, which will set out the steps needed to reduce transport emissions and ensure that we reach net zero transport emissions by 2050. More than 240 local authorities have declared a climate emergency, and businesses, schools and universities across the UK are working on reducing travel-related carbon.

Ali Clabburn, the DfT, CBI and NatWest will be discussing Net Zero Commuting in an online session on Feb 26 at 09.30. Free registration here

But the Department for Transport’s Decarbonising Transport consultation document does not mention commuters, the importance of employer travel plans, or business travel miles. Commuting emissions should be a much bigger focus for the DfT’s Decarbonisation Plan, says Ali Clabburn, CEO, Liftshare Group. ‘How,’ asks Clabburn, ‘can the single largest cause of transport emissions have been excluded? Pre-Covid,’ he adds, 5% of all emissions in the UK came from commuting (18 million tonnes of CO2). Lockdown showed us just how fast commuting habits can change. We saw that working from home is possible, and we all got a sense of how amazing it was to have clean air in our cities.

We’ve developed a new brand, Mobilityways, and a range of tools to help all employers and communities to understand, benchmark and reduce their commuter emissions

‘These insights gave us the belief that making zero carbon commuting a reality should be our goal, and we’ve pivoted all our resources behind it. So whilst the pandemic challenged us at Liftshare, it also helped us radically reshape our vision. We’ve developed a new brand, Mobilityways, and a range of tools to help all employers and communities to understand, benchmark and reduce their commuter emissions.’

Results from surveys we carried out in 2020 revealed that 48% of commuters wanted to travel differently post-Covid. Employer and employee perceptions have changed unbelievably in the last 12 months – and for the better, with flexitime and working from home now considered ‘normal’. Our focus became helping people to commute more sustainably, rather than helping people to share lifts. We took all our insights from 22 years of working in the sharing space to inform the new tools and services we’re delivering at Mobilityways.

‘We’ve simplified what used to be a very complicated job,’ says Clabburn. ‘A large number of employers already have travel surveys, because it's part of their organisational process, or because of planning obligations. Most that don’t are now doing them anyway, because they need to know how their staff plan to travel during and post-Covid. Companies can do the survey themselves, or they can use the Mobilityways Travel Survey tool.

Using the ACEL is ‘super simple’ says Clabburn. ‘Feed in the travel survey data, click a button, and it will come up with a chart showing what their current ACEL score is, what the national average is, what their 2030 targets should be, and what their 2040 target should be. There's also a table that shows emissions levels from each of the modes entered, so it’s easy to see which of the modes of commute are causing the most emissions. Typically, 80% of emissions will come from people driving into work.’

ACEL is free for any organisation to use on the Mobilityways website, along with a map that helps any company see what their local ACEL score is. The wider Mobilityways Platform is a suite of tools to enable employers to evidence, track, plan and change an organisation’s commuter emissions, with options to conduct staff travel surveys, conduct data analysis of potential commutes and to automatically send employees personalised travel plans to keep colleagues engaged with changing their behaviours.

We’ve got 10 years left to save this planet, says Clabburn. ‘If we put these tools behind closed doors, people don't have access to them. And right now there are companies of all sizes desperately trying to work out how to track and calculate their commuting missions. They can do the tracking themselves, if they want to go further and reduce those emissions, then we can help with that.’

Focus beyond the car

Pre-Covid, the UK had a huge network of people offering lifts. Liftshare has more than a million members, and there's very rarely a journey offered that won't find matches. Thousands of commuters used the Liftshare service to get to work every day. Typically, these commuters worked at sites with large car parking areas, around the edges of cities and in business and leisure parks, airports and industrial estates. ‘But our focus at Mobilityways is not limited to car commuting; we’re tracking how all employees are travelling, and that includes walking, cycling, train, bus and car.

One of my bugbears at the moment is this perception that all public transport is green, says Clabburn. ‘It isn’t. Public transport needs high occupancy levels for it to be greener than travelling by car. When the average bus has just eight people on it, and the average car has 1.6 people in it, they both emit exactly the same amount of emissions per kilometre per passenger.

'Public transport has a very important role to play in corridors where large numbers of people travel. But the private car provides access for millions of people;  it's how we use the private car that’s important. We've seen from our work that reducing parking or prioritising carsharing parking has a massive impact on the levels of sharing, and it would be equally possible for cities or towns to do the same thing, for shared cars, car clubs and EVs. It's wrong to demonise the private car, but we must get all the usage factors in context.’

Another key issue to understand is cost, he says. ‘The UK commute costs employees £21 billion each year, and employers spend £15 billion a year to get their commuters to work, with the vast majority on parking provision and maintenance, but there are also indirect costs through recruitment and retention. A percentage of people every leave jobs because they hate their commute. So in terms of incentivising walking and cycling to work, working from home and car-sharing, the savings to businesses and employees are huge.’

It's definitely important that parking is priced correctly, notes Clabburn. ‘Most people already pay some kind of workplace parking charges because we all pay rates on parking spaces. So if we don't need as many spaces, we can save that money. Parking is the single biggest lever that companies and councils have to reduce the number of cars on the road. There's a very clear link between price and sharing; with a direct correlation between the number of parking spaces available and sharing levels, and also a direct correlation between fuel prices and sharing levels.’

Employers play an absolutely central role in decarbonising the commute, and the Department for Transport needs to engage with them, he feels. The Science Based Targets initiative (SBTi) include commuting, he notes, which shows that scientists know that reducing commuting emissions is important.

More than 1,000 businesses are currently working with SBTi to reduce their emissions in line with climate science, including those from commuting. ‘DfT should be lobbying for commuting emissions to be recognised as Scope 1 emissions,’ says Clabburn. Greenhouse gas emissions are categorised into three groups or 'Scopes' by the widely-used international accounting tool the Greenhouse Gas (GHG) Protocol.

Scope 1 covers direct emissions from owned or controlled sources, Scope 2 covers indirect emissions from the generation of purchased electricity, steam, heating and cooling consumed by the reporting company, and Scope 3 includes all other indirect emissions that occur in a company’s value chain. Covid has shown us that commuting emissions are under the control of employers, says Clabburn, and the DfT needs to engage with business via the CBI to make this change.