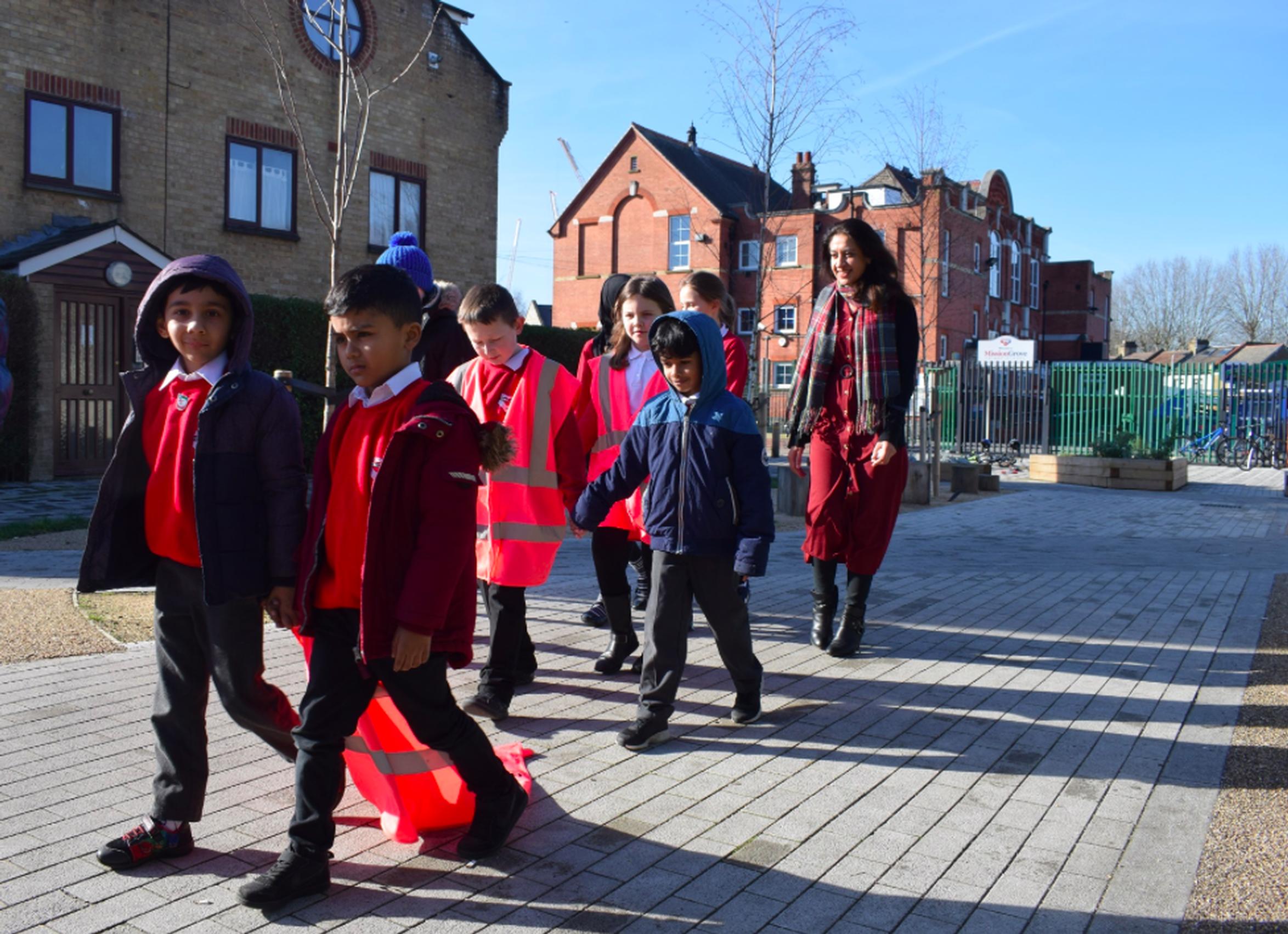 Government should work with schools to increase the number of school streets, says new report

The Government must amend both its Environment Bill and Clean Air Strategy to address the “long-term health inequalities” linked to air pollution, says a new report by the Environment, Food and Rural Affairs Select Committee.

The Environment Bill, due to become law later this year, should be amended to include a health inequalities target, to reduce the number of deaths associated with air pollution, says the report.

“Many of the areas with the highest levels of social deprivation are also the most exposed to air pollution and this link is also more pronounced for people from ethnic minority backgrounds,” states the committee. “Further research is urgently needed to fully understand the link between poor air quality and Covid-19, which the Government has now accepted.”

Even before the pandemic, there was a “strong case for taking action to reduce health inequalities caused and exacerbated by air pollution”. It is also clear that the communities most affected by poor air quality “are often those that make the smallest contribution to the problem”. This increases the moral case for action, says the committee.

The Department for Environment, Food and Rural Affairs should work with the Department of Health and Social Care and local health partners to amend the Clean Air Strategy. It should include measures to reduce the long-term health inequalities associated with air pollution, the committee says.

George Eustice, the secretary of state for the Department for Environment, Food and Rural Affairs, should take into account of human health considerations when setting or reviewing air quality targets.

“All Government departments and local government should be required to work together to deliver these targets,” the report says.

Local authorities currently carry most of the responsibility for delivering air quality improvements without “sufficient resources” from central government.

More must be done to cut levels of PM2.5, NO2, PM10, SO2, NMVOCs and ammonia, which are “also having a detrimental effect on people’s health”.

The Environment Bill’s current provisions “do not provide the robust legal framework required given the scale and urgency of the challenge”. The committee has called for the following amendments to the Bill:

The Government should commit to a “long-term funding structure” for local authorities to underpin their new duties in the Bill, states the report.

Proposed start dates for Clean Air Zones (CAZs) in England should be reviewed to “ensure that they are the shortest possible time”, says the committee. The Government must set its “current position with regards to those local authorities which have decided to introduce alternative measures to CAZs, and for those authorities which may be reviewing their proposals because of the pandemic”.

Further public investment may be necessary to help transport operators make the transition to cleaner vehicles.

“The Government should be ambitious about increasing the number of School Streets by working with local authorities, schools and civil society groups to develop a strategy to put them in place for every school where one would be appropriate, including measures to reduce parking and idling outside schools and the introduction of 20mph speed limits. This should be supported by an effective system of monitoring to help identify local exceedances of legal limits.”

The pandemic changed the way people travel, which led to improved air quality, the report notes. “But it is likely to be temporary, and positive moves such as more working from home and active travel may be offset by people moving away from cities and becoming more car dependent.”

During its research, the committee found that local authorities are keen to provide more homes in city centres linking with public and active transport networks. However, the Government’s Planning White Paper seems to be focusing on speed of development over other priorities.

The Government must ensure that it delivers the wider infrastructure development, especially in rural areas, to help reduce car journeys through, for example, fast broadband to enable working from home. “In its response to this report, the Government should set out specifically how its planning reforms will improve air quality, and support the modal shifts and changes in the built environment that are needed to reduce pollution from road transport.”

Air quality and coronavirus: a glimpse of a different future or business as usual