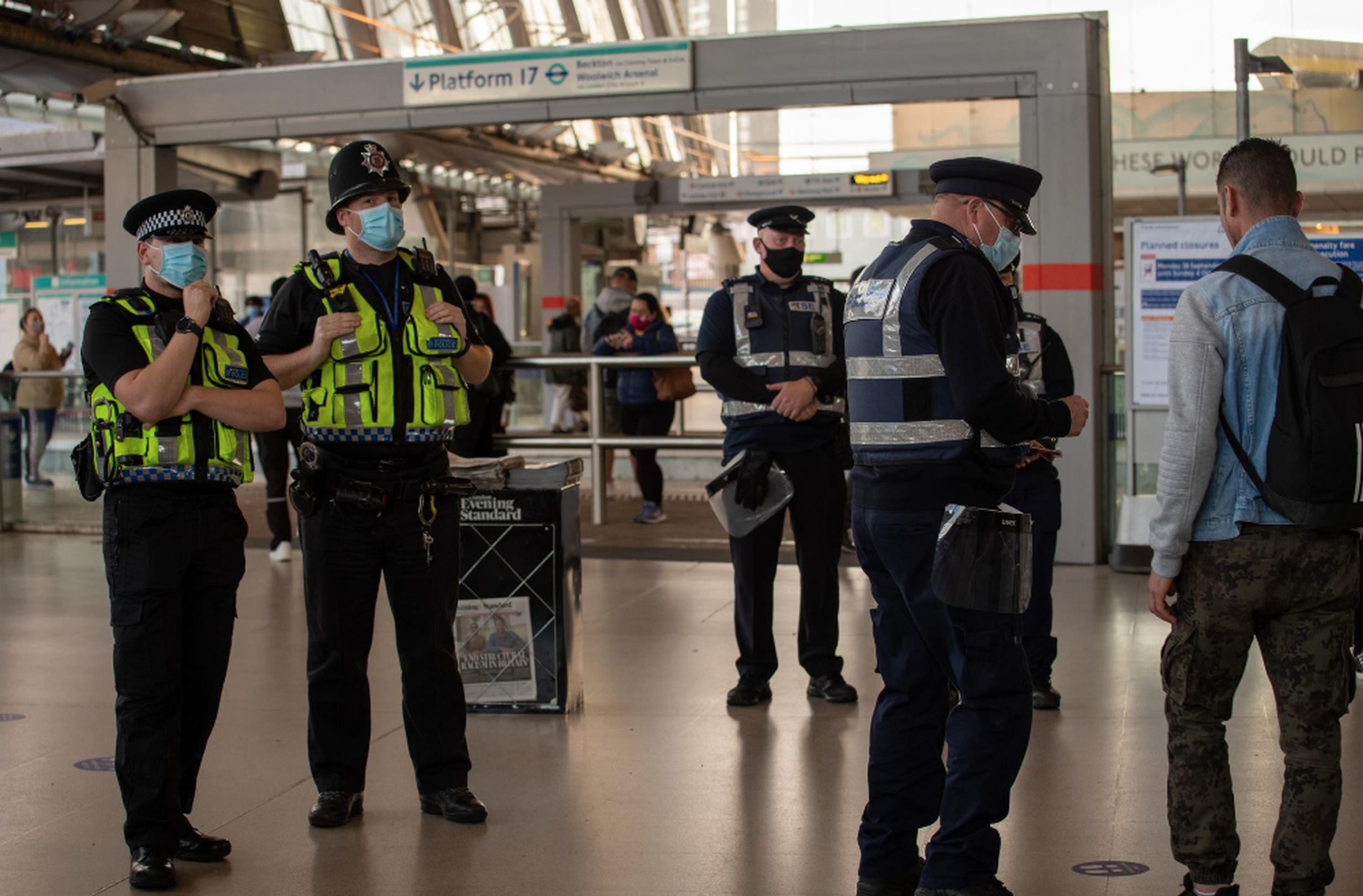 Around 1,700 fines have been issued to people for not wearing masks by Transport for London (TfL) officers.

TfL has stepped up its enforcement of face coverings seven months after the measure became mandatory on public transport. It expanded its team of enforcement officers and is handing out more fines to non-compliers and prosecuting those who do not pay.

Operations are regularly carried out at stations with low compliance, with bus stops at Victoria, Brixton and Stratford targeted, as well as Walthamstow bus station.

TfL's latest customer survey found 75% are supportive of face covering enforcement, rising to 86% among those aged 65 and over. Station staff counts and analysis of CCTV show the vast majority of passengers are wearing a face covering over their nose and mouth when on public transport and in stations, unless they are exempt. Those who are exempt from wearing a face covering have the option to order a free card or badge from the TfL website.

Around 1,700 fixed penalty notices (FPNs) have been issued to those who have travelled on the network without a face covering and who are not exempt.

Customers who do not pay their fine within 28 days face prosecution and around 650 people have been prosecuted for not wearing a mask on the network.

Fines have been as much as £660 for those convicted for a first offence, with one repeat offender having to pay £1,170.

Siwan Hayward, director of compliance, policing operations and security at TfL, said: “People should only be travelling if they have a legitimate reason and ensuring the network is safe for those customers, which include NHS and other key workers, is our top priority.

“Wearing face coverings, unless exempt, has been mandatory for seven months now and we continue to communicate the requirement in stations, on platforms and on-board services, so there really is no excuse for not wearing one properly for your entire journey when travelling on our network.

“London is at a critical point in this pandemic and this is no time to be complacent with the measures we take to protect ourselves and others.”

Superintendent Gary Taylor from the Met's Roads and Transport Policing Command, said: “We are almost a year into living with this virus and by now everyone should know how to protect themselves and those around them. Wearing a face covering on public transport is just one of the ways to stay safe.

“Alongside our Transport for London partners, my officers will be out across London making sure those who use public transport are wearing a face covering. If officers on patrol see someone who isn't complying with the rules, unless that person is exempt, they can expect to receive a fixed penalty notice.

“Londoners continue to respond brilliantly to this virus and I would like to thank the vast majority of transport users that are complying with the rules by wearing a face covering.”

Chief Superintendent Martin Fry, of British Transport Police, said: “We operate across the rail, Tube and tram network in London daily, engaging with members of the public, explaining the current restrictions, encouraging compliance and where necessary issuing fines.

“I'm pleased to say our frontline officers report the vast majority of people at stations and on-board trains are wearing face coverings, or are willing to wear one when challenged.

“Coronavirus is a very real and present danger. Wearing a facemask on the rail network and abiding by the current restrictions is very important, it saves lives and ensures the railway is safe for those who absolutely need to use it, such as those who work in the NHS. We'll continue to fully support TfL and the wider rail industry.”

Face coverings became compulsory on public transport on 15 June, and TfL undertook an extensive programme to engage with and educate the public on their importance before enforcement came into effect from 4 July.

On 23 September, the UK government introduced a new 'laddering' approach to fines. Fines start from £200 for a first offence and double for every subsequent offence to a maximum fine of £6,400 for those who repeatedly fail to wear a face covering when they are required to do so. TfL also has the option to prosecute people for the offence.

For more information about face covering exemptions and to order a free exemption badge or card, visit https://tfl.gov.uk/campaign/face-coverings