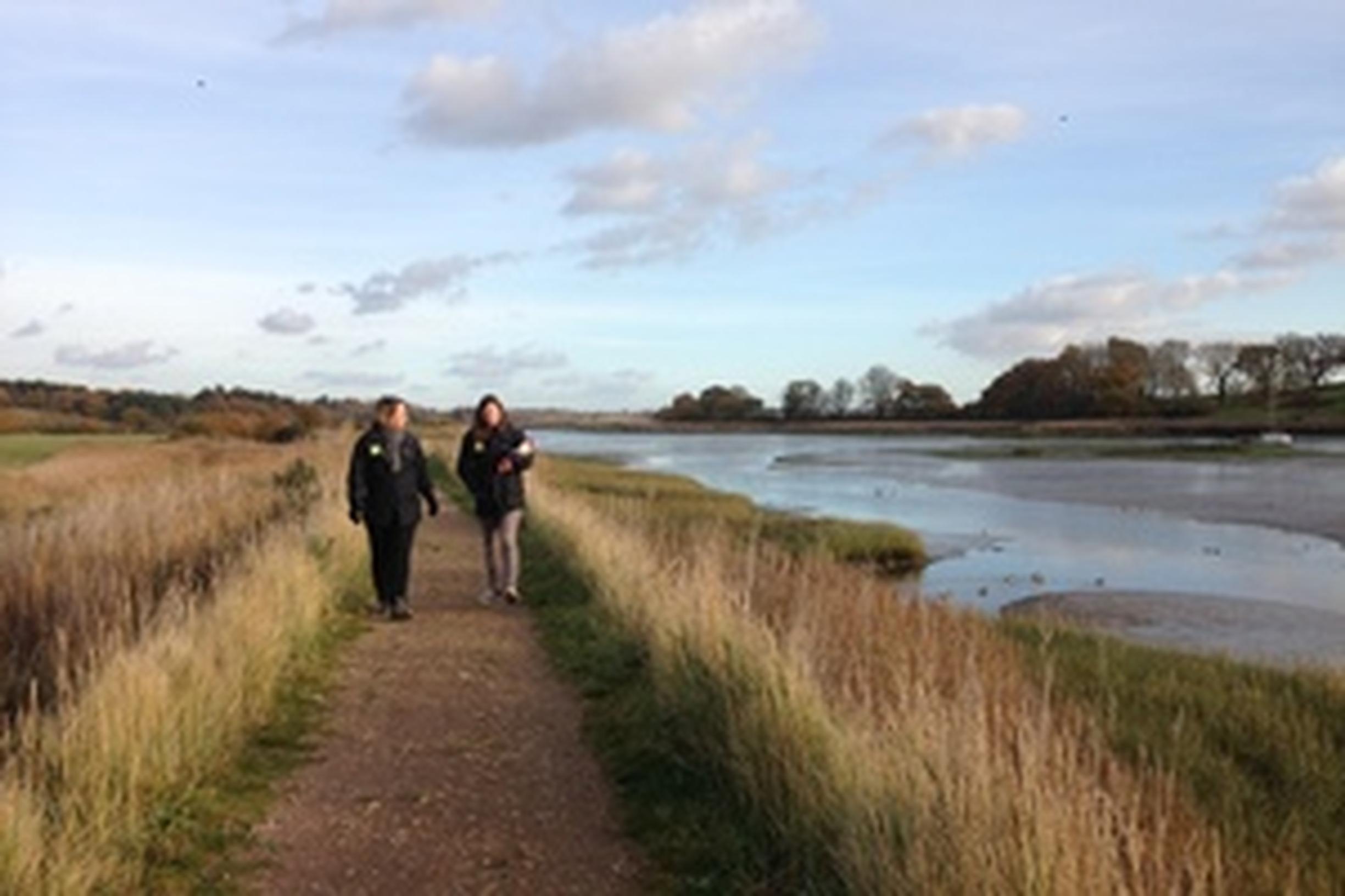 Natural England has published its proposals to improve public access to a 25-mile stretch of coast between Felixstowe Ferry and Bawdsey, which extends around the Deben Estuary in Suffolk.

The Deben Estuary is one of the five estuaries in southern Suffolk. It sits largely within the Suffolk Coasts and Heaths Area of Outstanding Natural Beauty and is an internationally important wetland site valued for its overwintering water birds and waders, as well as its diverse saltmarshes.

This stretch of the England Coast Path starts at the small fishing hamlet of Felixstowe Ferry with its golf course, boatyard and sailing club. Then, at the head of the estuary, is the historic maritime town of Woodbridge, which still has a thriving boat-building industry. Here visitors can enjoy Woodbridge Tide Mill and the nearby Sutton Hoo Anglo-Saxon burial site.

At the end of the stretch lies the village of Bawdsey, the birthplace of radar and home to two Martello towers.

The estuary has a number of boatyards and marinas with a wide variety of sailing activity, from yachts to traditional vessels, which gives the Deben a strong maritime feel. While largely fringed by saltmarsh and mudflats, visitors can enjoy beaches at Bawdsey and Felixstowe Ferry.

If approved, this route will become part of the England Coast Path – a 2,700-mile long-distance walking route and England’s newest National Trail, currently being developed by Natural England.

This is the fourth stretch of the England Coast Path to be developed in Suffolk. Other stretches cover Harwich to Shotley Gate, Shotley Gate to Felixstowe Ferry, and Aldeburgh to Hopton on Sea.

Hannah Thacker, Natural England’s area manager for Suffolk, said: “We have had discussions with landowners and key organisations along the proposed route. Their input has been essential and helped shape the proposals; we thank everyone for their time and input so far.

“Over the next eight weeks, we are inviting all organisations, farmers, local residents, visitors and businesses to have their say. It’s important that all responses are taken into account and we look forward to hearing people’s views.”

Cllr Andrew Reid, Suffolk County Council’s cabinet member for highways, transport and rural affairs, said: “This is a very exciting time for all those who love the Suffolk coastline and enjoy the peace and solitude it provides. We very much look forward to continuing to work with Natural England on the other stretches and launching Suffolk’s first fully fledged National Trail.”

The Marine and Coastal Access Act 2009 places a duty on the Secretary of State and Natural England to secure a long-distance walking trail around the open coast of England, together with public access rights to a wider area of land along the way for people to enjoy.

As well as recommending new sections of route, the proposals outline improvements to existing access to the coastline, including identifying a clear and continuous way-marked walking route along this part of the coast, bringing some sections of the existing coastal footpath closer to the sea and linking some places together for the first time; and allowing the route to ‘roll back’ if the coastline erodes or slips, solving the long-standing difficulties of maintaining a continuous route along the coast.

Organisations with legal interests and members of the public can now make objections or representations that the Secretary of State must take into account when considering whether to approve the proposals.

Owners and occupiers of affected land may make objections about the reports on specified grounds, which will be considered by a planning inspector before the Secretary of State makes a final decision

All representations and objections must be received by Natural England no later than midnight on 3 February 2021. The full reports, and all the forms and guidance on how to make a representation or objection within the next eight weeks, are available on the GOV.UK website.