How cargo bikes have 'revolutionised parenting' 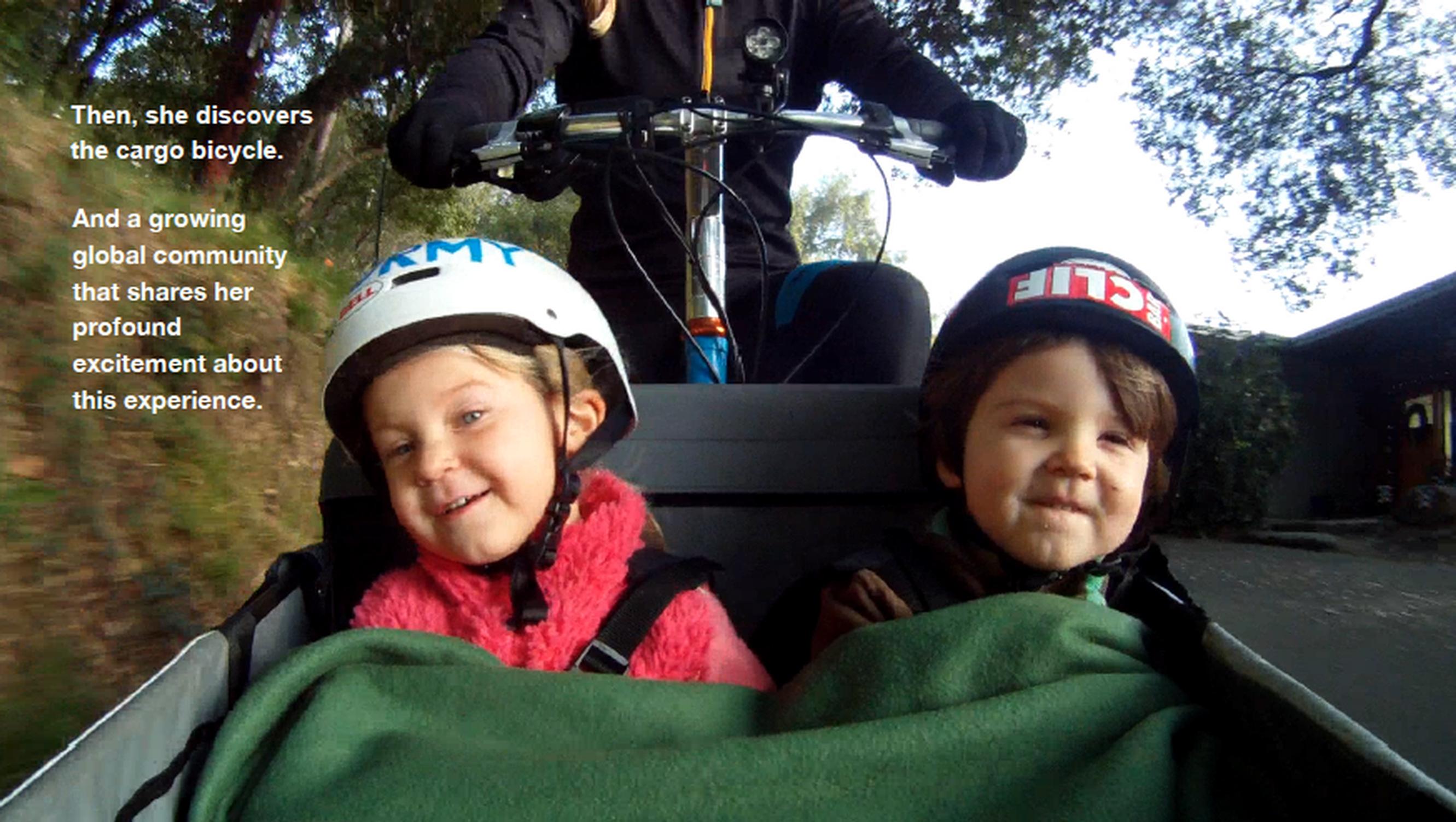 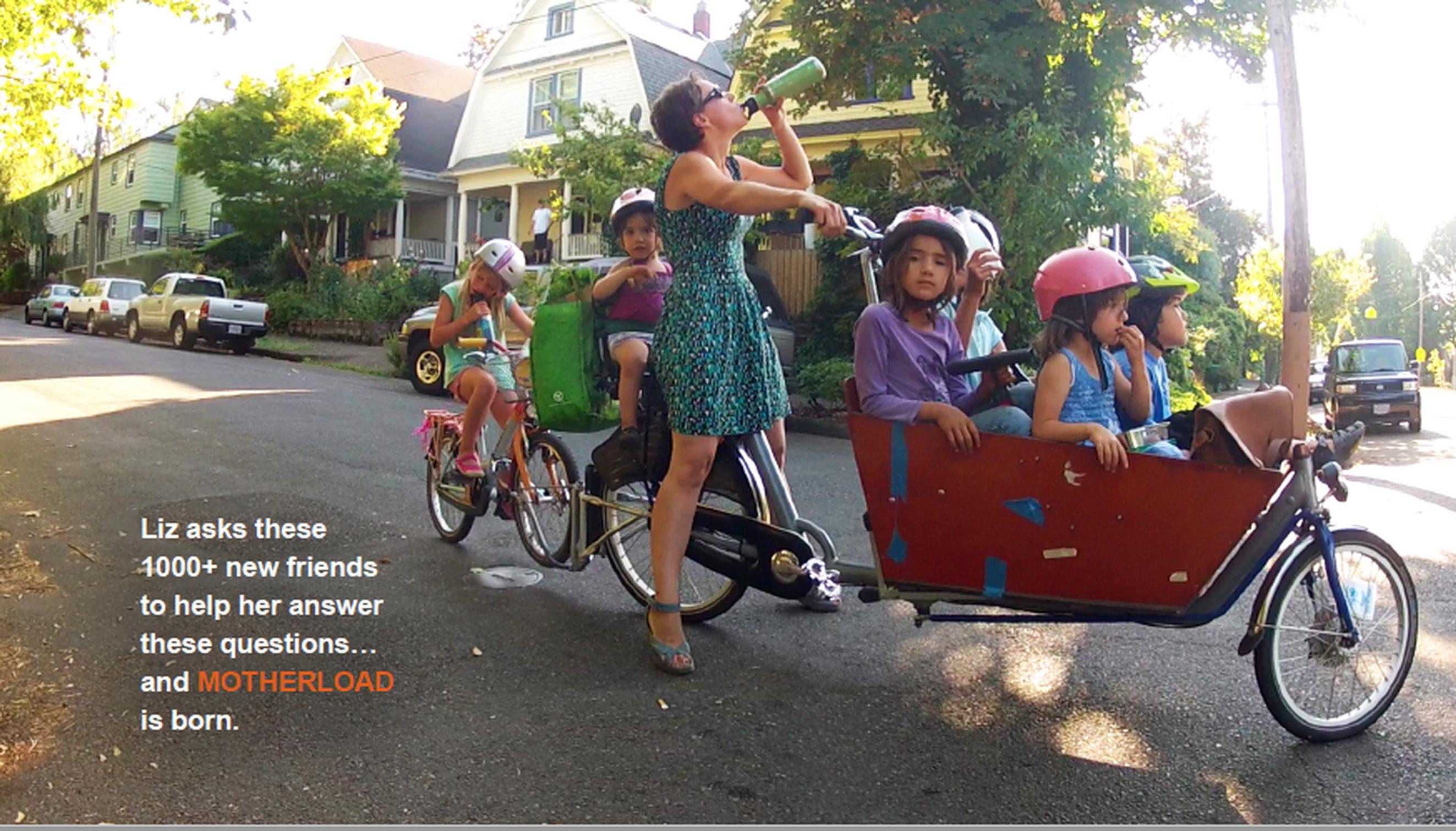 The inspiring film Motherload, a feature-length documentary about how cargo bikes have been life-changing for many women and young families, was released for on-demand rentals and purchase on Vimeo, and now has educational and library licensing available, plus a DVD edition.

Hear how cargo bikes are developing across Europe: 15 December @ 14.00 – webinar with DfT and Dorota and Agata from the City Changer Cargo Bike EU project

When I discovered the cargo bike and watched it revolutionize parenting for so many, I wanted to know more. And, when I learned about how the bicycle empowered women and the poor during the 1890s, MOTHERLOAD seemed destined to be the same 100-year-old invention that facilitated women's emancipation and made me whom I am today

Motherload was produced through a crowd-sourcing model, with people around the world contributing stories, pictures, video clips and funds. In the last 10 years the cargo bike movement has grown exponentially in North America. Cargo bikes, and cargo trailers pulled by bikes, became popular with tradespeople, mobile catering services, and courier services.

Director LIz Canning says: 'Feeling trapped by her dependence on a car to transport kids, Liz questions our cultural understanding of comfort. When I discovered the cargo bike and watched it revolutionize parenting for so many, I wanted to know more. And, when I learned about how the bicycle empowered women and the poor during the 1890s, MOTHERLOAD seemed destined to be: the same 100-year-old invention that facilitated women's emancipation made me whom I am today.'

In Europe also, the popularity of the cargo bike is soaring. In sumer 2020, the Union Cycliste Internationale (UCI), the worldwide governing body for cycling – which develops and oversees cycling in all its forms and for all people, as a competitive sport, a healthy leisure activity and a sustainable means of transport – began a major push to raise the profile of cargo bikes.

Taking various forms, with or without electric assistance, and allowing for the transport of both cargo and people, cargo bikes can provide solutions when it comes to environmental, logistical, traffic and social issues faced by cities around the world.

During the coronavirus pandemic, many examples have further illustrated their value and societal benefits, supporting people and organisations in need.

The City Changer Cargo Bike (CCCB) project builds on the ever-growing potential of cargo bikes by promoting their usage amongst public, private, and commercial users. Supported by the European Union’s Horizon2020 programme, CCCB brings together 22 partners from all over Europe, including cities, research institutions and NGOs. It raises awareness and supports the uptake of cargo bikes and cargo bike initiatives, while fostering developments that offer more sustainable logistics operations, improve public spaces, engage citizens, and reduce traffic congestion. The initiative also aims to get cargo bikes in European cities by developing new financing schemes and providing opportunities to test cargo bikes.