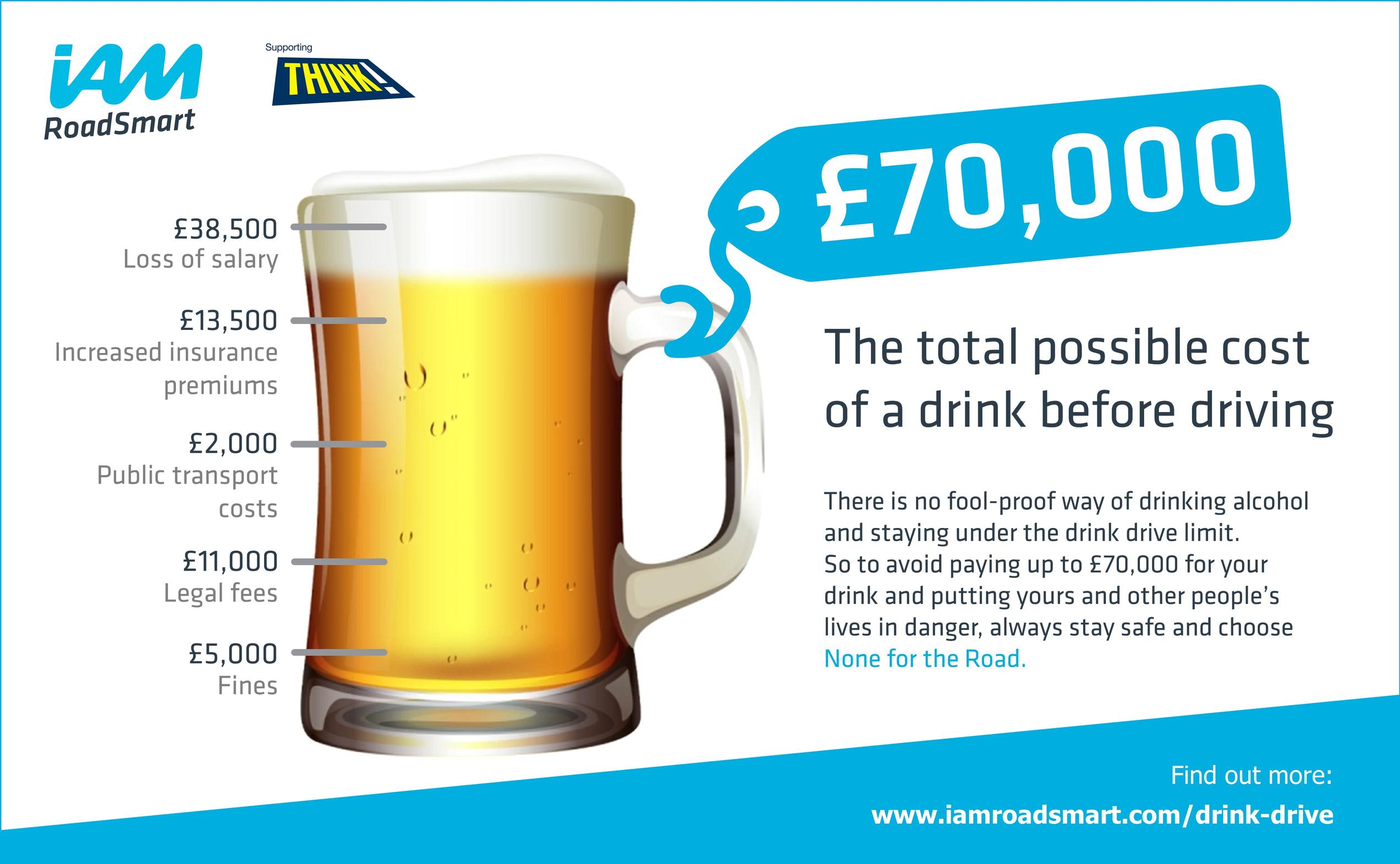 Motorists are being warned of the severe financial penalty they could face as the consequence of a drink-drive conviction.

Road safety charity IAM RoadSmart has calculated that the personal financial cost of drink-driving could be as high as £70,000 or more when taking into account fines, legal fees, higher car insurance premiums, alternative transport costs and potential loss of earnings following conviction.

IAM RoadSmart’s research team found that costs following a drink-drive conviction now include: fines of £5,000, although since these are now unlimited this could be much more; legal fees of £11,000 which is the average following conviction after a not-guilty plea; increased insurance premiums of £13,500 over five years after a driving disqualification; £2,000 for taxi and public transport costs for alternative transport during a ban; and £38,500 loss of earnings for 15 months following a conviction, based on an average UK salary.

Neil Greig, IAM RoadSmart director of policy & research, said: “In the run up to Christmas this year, many people’s drinking habits will have changed as a result of the coronavirus. So, whether you’re raising a glass for the festive season at home or, where you’re able, in a restaurant or pub, it’s important to remember that an extra drink comes with a huge hidden cost if it pushes you over the limit.

“Drink-driving wrecks lives and is totally unacceptable in any circumstance. However, some people still think they are safe to drive when they’ve had just a couple of drinks or are using home measures, which can quickly push them over the limit.

“The £70,000 impact of being convicted of drink-driving is very sobering. This should be more than enough, let alone the thought of causing any other suffering for yourself, your family or the other people you put at risk on the road, to stop those drivers who are tempted to have an extra drink and get behind the wheel. Our advice is therefore quite simply to always stick with ‘None for the Road’.”

Roads minister Baroness Vere endorsed the IAM campaign. “Drink driving kills, so during the festive season don’t be tempted to have a drink before getting behind the wheel, it’s irresponsible and incredibly dangerous,” she said. “We are working tirelessly, through schemes like our award-winning THINK! campaign, to tackle attitudes and behaviours that could lead to people drink driving, and we continue to invest in policing and enforcement on our roads.”