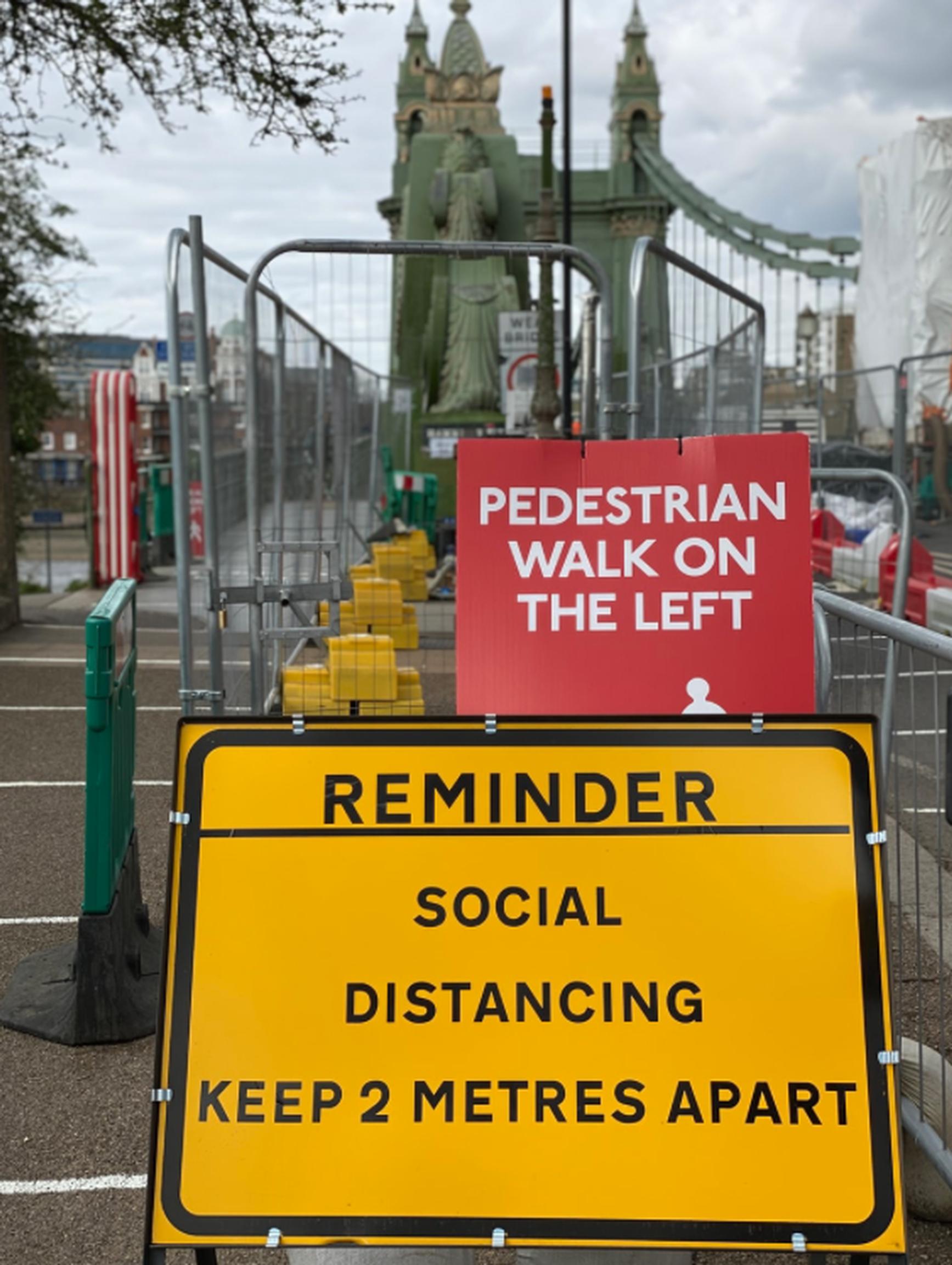 The London Borough of Hammersmith and Fulham is being asked to reconsider its full closure of Hammersmith Bridge by the Department for Transport (DfT).

The Victorian bridge has been closed since August after existing cracks in the cast iron structure worsened during the summer heatwave.

The prospect of a limited reopening of the bridge to pedestrians, cyclists and river traffic has been raised by engineering reports commissioned by the government.

In September, the DfT invited engineering consultants AECOM and Professor Norman Fleck of the University of Cambridge, an expert in fracture mechanics, to review engineering studies of the bridge’s condition previously undertaken by consultants for the London Borough of Hammersmith and Fulham (LBHF).

The reports looked in detail at the computer modelling and risk assessments undertaken to date by LBHF’s consultants and of the bridge strengthening works proposed by Transport for London (TfL).

AECOM and Professor Fleck conclude that earlier risk assessments were conservative and, as there is now a better understanding of how the bridge might be behaving, suggest assumptions on its closure should be revisited.

The new reports recommend that LBHF and its consultants reconsider whether the bridge can be reopened, albeit with restrictions, in its current state to pedestrians, cyclists and river traffic. Further mitigation measures will be needed. These include blast-cleaning the paint from the two remaining pedestals so that any hidden fractures can be identified, as well as potentially installing further monitoring equipment.

Transport minister Baroness Vere said: “Today’s reports set out that there is potentially a route to Hammersmith Bridge being partially reopened and without major works, which is something I know people in the area will welcome.

“I’m therefore calling on Hammersmith & Fulham Council to seriously consider these reports so we can do right by people who have been impacted by this bridge’s closure, and help people move around London easily again as soon as is safely possible. We remain committed to finding a funding solution for the bridge’s full repair and reopening to vehicular traffic.”

The government has provided the funding for removing ornate cast-iron casings and blast cleaning two western pedestals via the extraordinary funding and financing deal agreed with TfL on 31 October 2020. This work is expected to be carried out by April 2021. The eastern pedestals have already been blast-cleaned.

Given any reopening before the stabilisation works have been completed will have to be restricted, the DfT said it will continue to work on delivering a ferry service across the river as a temporary measure. Also, as part of the extraordinary funding and financing package, TfL will establish and run this service using active travel funding, alongside any local contributions. Public procurement activity for the ferry is underway, with service commencement targeted for spring 2021.