Public transport, cycling and walking, hydrogen and EVs to benefit, ban on new petrol and diesel cars and vans 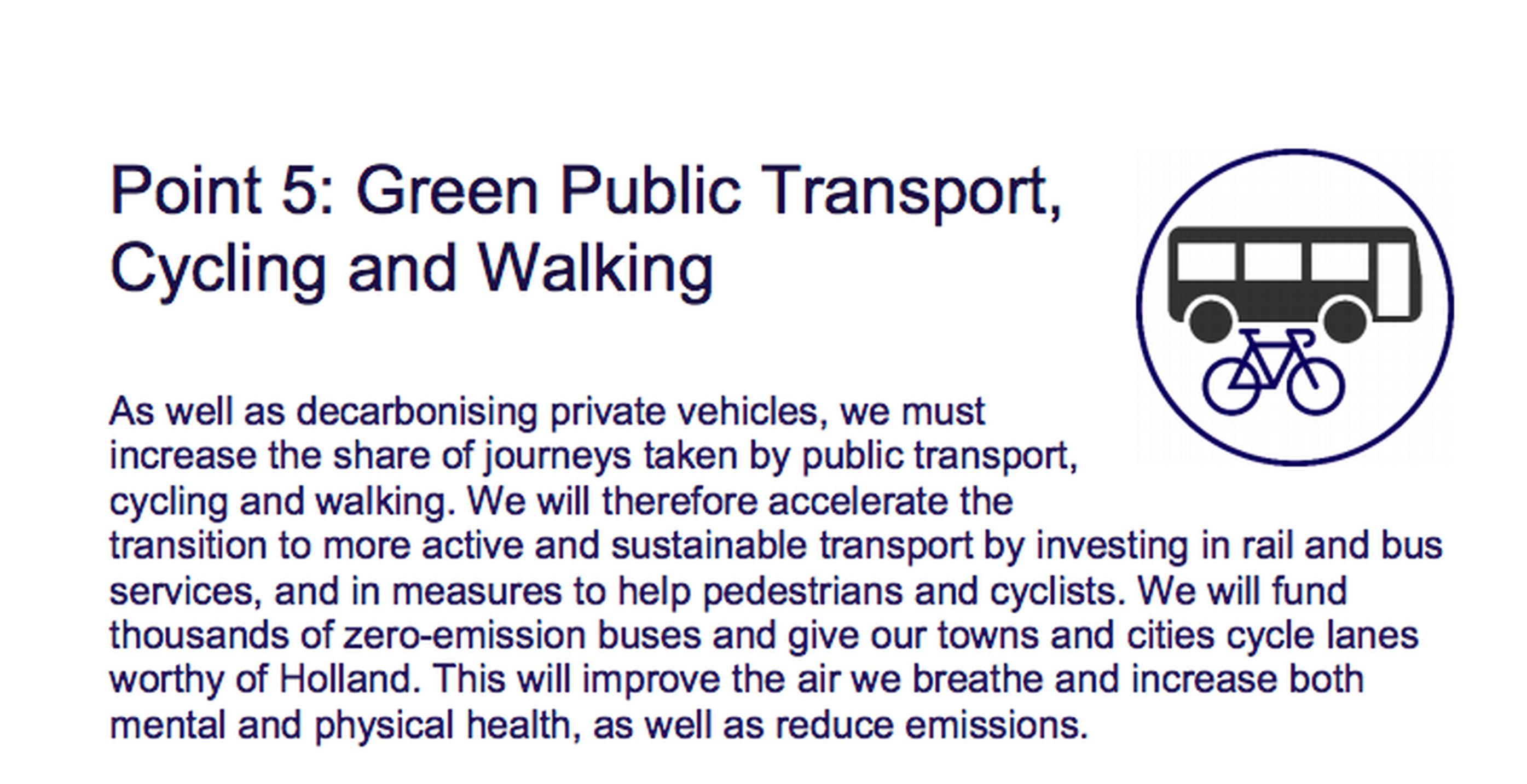 Covering clean energy, transport, nature and innovative technologies, the Prime Minister’s blueprint is designed to allow the UK to move ahead with eradicating its contribution to climate change by 2050, particularly crucial in the run up to the COP26 climate summit in Glasgow next year.

The Gov.uk site says the government will 'mobilise' a total of £12bn of investment for its green initiative.

However, analysts have told Sky News that only £4bn is new money, while Forbes claims that ‘only £3 billion of the £12 billion announced is fresh cash’. And critics claim that figure is 'far too small for the scale of the challenge', the BBC added – 'the total amount of new money announced in the package is a 25th of the projected £100bn cost of high-speed rail, HS2'.

New cars and vans powered wholly by petrol and diesel will not be sold in the UK from 2030, Prime Minister Boris Johnson has said, but some hybrids would still be allowed.

However, 'without a guaranteed and swift investment of many billions of pounds it will be impossible to convert Johnson’s latest promises on bicycling – "making cycling and walking more attractive ways to travel and investing in zero-emission public transport of the future" – into reality', adds Forbes.

Shadow business secretary Ed Miliband has said the funding does not 'remotely meet the scale of what is needed' and that 'only a fraction of the funding announced is new'.

The Prime Minister’s ten points are:

1. Offshore wind: Producing enough offshore wind to power every home, quadrupling how much we produce to 40GW by 2030, supporting up to 60,000 jobs.

2. Hydrogen: Working with industry aiming to generate 5GW of low carbon hydrogen production capacity by 2030 for industry, transport, power and homes, and aiming to develop the first town heated entirely by hydrogen by the end of the decade.

3. Nuclear: Advancing nuclear as a clean energy source, across large scale nuclear and developing the next generation of small and advanced reactors, which could support 10,000 jobs.

4. Electric vehicles: Backing our world-leading car manufacturing bases including in the West Midlands, North East and North Wales to accelerate the transition to electric vehicles, and transforming our national infrastructure to better support electric vehicles.

7. Homes and public buildings: Making our homes, schools and hospitals greener, warmer and more energy efficient, whilst creating 50,000 jobs by 2030, and a target to install 600,000 heat pumps every year by 2028.

8. Carbon capture: Becoming a world-leader in technology to capture and store harmful emissions away from the atmosphere, with a target to remove 10MT of carbon dioxide by 2030, equivalent to all emissions of the industrial Humber today.

9. Nature: Protecting and restoring our natural environment, planting 30,000 hectares of trees every year, whilst creating and retaining thousands of jobs.

10. Innovation and finance: Developing the cutting-edge technologies needed to reach these new energy ambitions and make the City of London the global centre of green finance.