Road transport is a COVID emergency

Unless the Government takes a hands-on approach to Low Traffic Neighbourhood schemes, motor traffic will continue its upward trajectory and cycling will diminish, warns Lucy Marstrand-Taussig 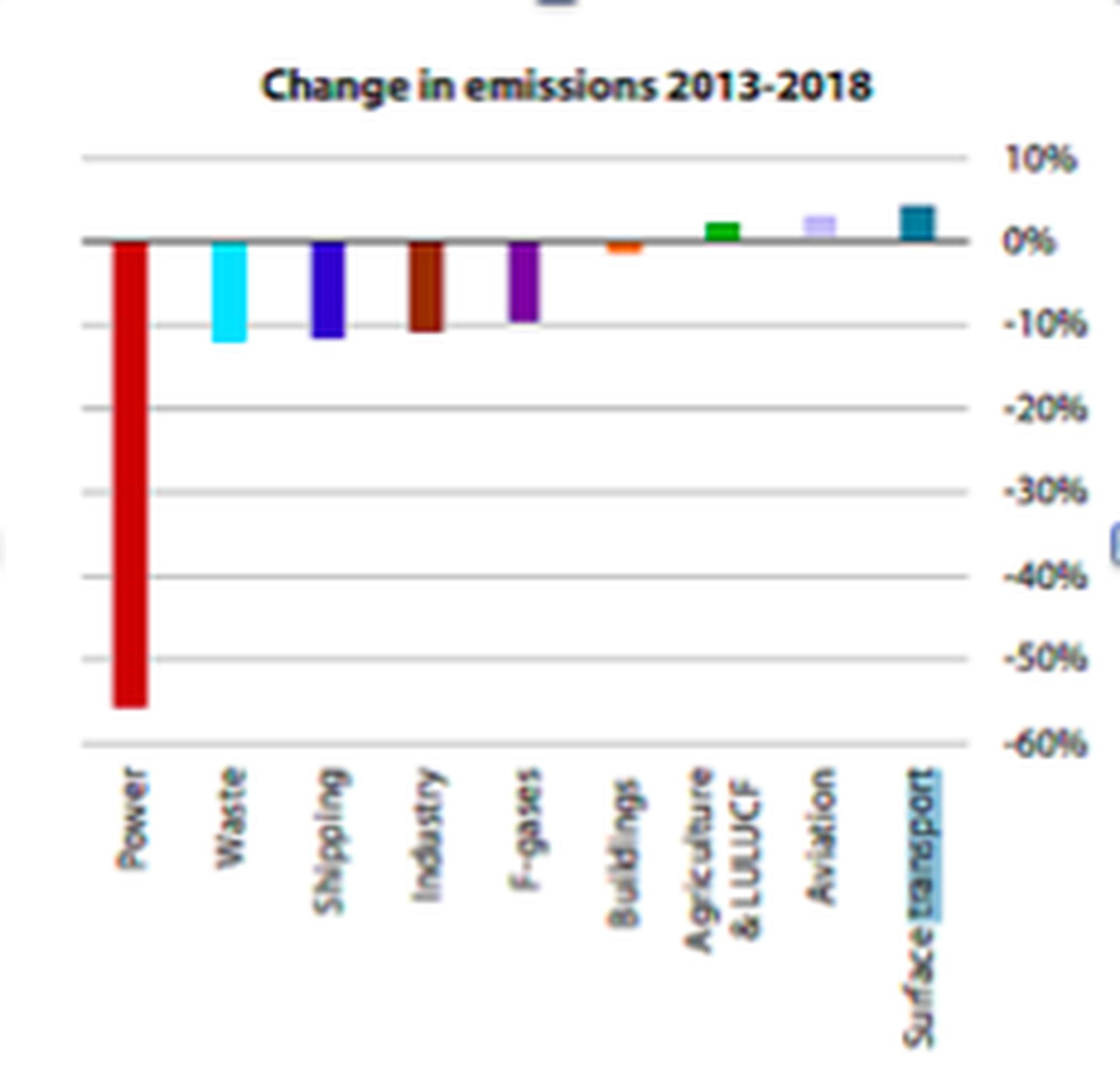 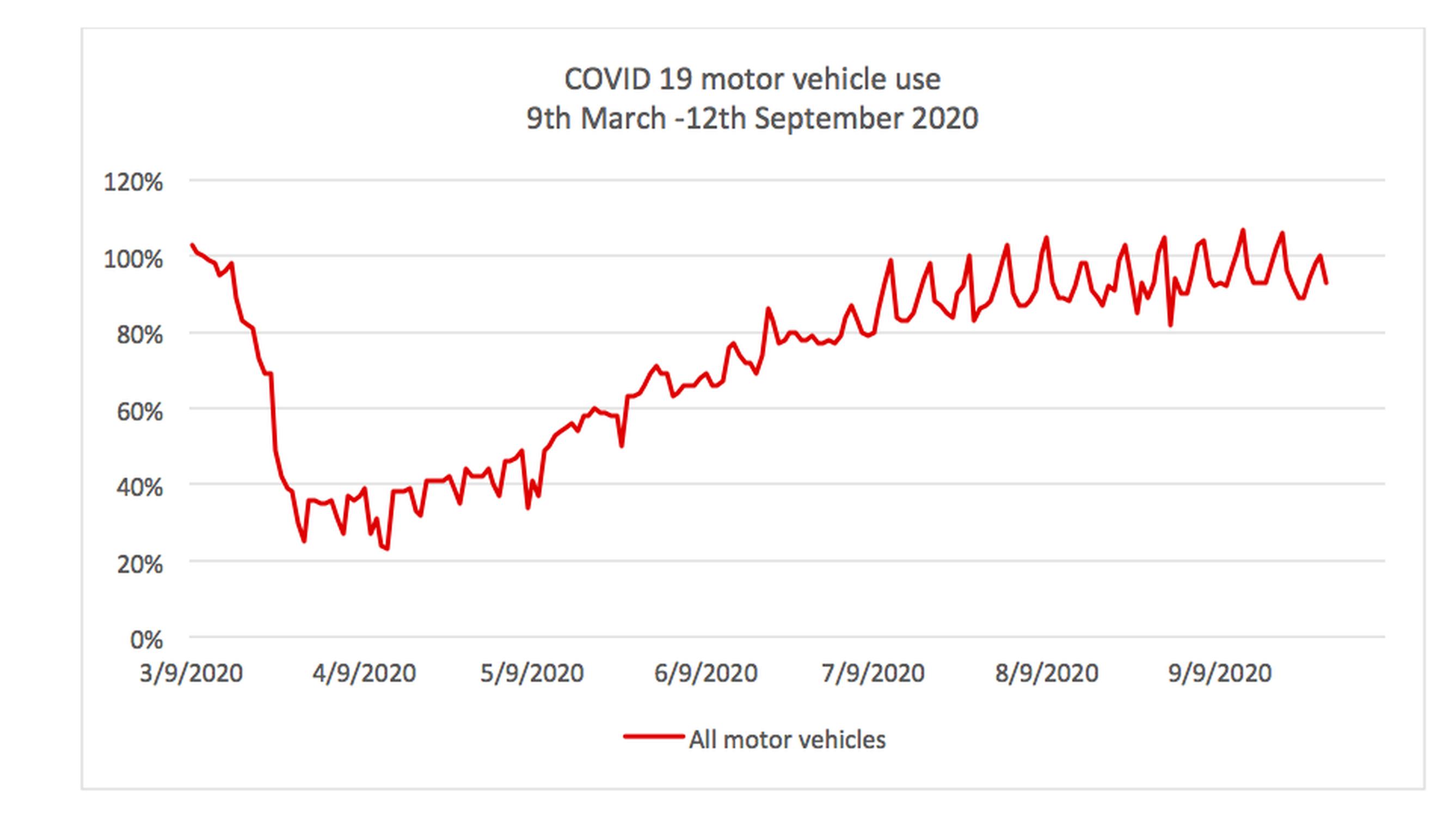 COVID-19 has forced the Government to intervene in most spheres of life: locking down the nation, shutting parks, a multi-billion-pound furlough scheme, cancelling exams, compulsory quarantine for travellers, mask wearing in shops and on trains. From employment to health, education, sport, culture, and public transport, our lives have been regulated in a way we would have found unbelievable just a few months ago.

But one area has remained largely untouched – road transport.  Since the early 1990s, despite increased emphasis on walking and cycling policy from the Government, we have failed to comprehensively increase cycling levels; 2% of pre-COVID trips were cycled in the UK compared with 26% in The Netherlands and 10% in Germany. And over 60% of 1-2-mile journeys were made by motor vehicle.1 Councils are responsible for most highways and local barriers often conspire to thwart progress in cycling and walking. This is partly why surface transport, unlike most other sectors, has failed to cut CO2 emissions2 over the last three decades as shown in Figure 1.

Early on in lockdown it became clear that the pressure for people capacity on the road network would increase exponentially as people avoided crowded buses and trains. Far more short trips needed to be done on foot or cycle to accommodate travel without gridlock and more CO2 and more COVID-linked pollution.3  Government realised it needed to step in.

Schoolchildren and commuters alike are now urged to cycle or walk. A successful system for active travel in urban areas means protected cycle routes on main roads. The areas between main roads need be preserved for short trips on foot or cycle. That requires the widespread implementation of Low Traffic Neighbourhoods (LTNs). LTNs can be created with modal filters using bollards, planters or pocket parks. A residential street closed to through traffic, is a road open to walking and cycling, especially for those who have a stronger preference not to mix with motor traffic (children, women, older people). If most short trips are done on foot or cycle, the network is freer for motoring trips which really are essential.

Things looked promising; the Government has been firmer in tone and intent than ever  before. ‘Gear Shift: A Bold Vision for Walking and Cycling’ was announced in July alongside the new National Cycle Design Guidance LTN 1/20. The Department for Transport has given local authorities Emergency Active Travel funding. In a sign of robustness, the Government reduced or withheld funds if bids submitted by authorities lacked ambition while those which demonstrate “meaningful” change received additional funding.

Six months after lockdown began what has changed on the ground to enable safe walking and cycling?  While some authorities have embraced the chance to filter residential streets and create protected cycle routes, others have ended up with watered down plans, and little more than a couple of modal filters and a few School Streets. Many of us will see no change where we live.

Implementing emergency active travel has largely been left to local authorities. The outcome is a level of inconsistency which, if compared with other spheres, is rather like some hospitals having COVID tests and PPE, others not. Or some companies offering furlough, others not. The result would be gross inequality. Which is what we are seeing in road transport.

If people did not cycle before because of fear of traffic – the main deterrent to cycling – and little has changed on the highways, why start cycling now? This once in a century opportunity to transform our roads is, from a national perspective, slipping beyond our grasp. In lockdown we saw people of all ages cycle because the threat of motor traffic had largely vanished. Now cycle use is falling. Motor traffic – and the fear it engenders – has surpassed pre-COVID levels at weekends (see the spikes in weekend motor traffic in Figure 2).  Some city suburbs are now blighted by more traffic than ever before.

So, what is hindering local authorities from acting to transform streets into the cycling and walking nirvana so many are campaigning for?

A UK study (Aldred 2019) 4 found the top three barriers to investing in cycling were “[1] financial/funding problems [2] lack of political leadership, and [3] lack of support within the transport authority in descending order”.

Central policy may have changed, the barriers have not.  Take funding. The £2bn (including the £250m Active Travel Fund) announced in July to kick-start the walking and cycling revolution is more than we are accustomed to in the UK. But it equates to £9/head so falls well short of the £20-£25 needed to catch up with cycling nations and pales into insignificance against the £27bn announced in March for road building - to facilitate more driving. We need much more cycle funding.

In terms of political leadership, the Government seems keen. But when it comes to granular level politics, arguing for or against modal filters, School Streets and space re-allocation, unfortunately, it is often the status quo (highway design primarily for car use) winning out. While some councillors are leading on borough-wide plans for LTNs, others fear even trialling modal filters. People who have lived in a street with through-traffic for decades are denied the experience of knowing what it might be like to live without rat-running for a few months. The noisy and well-publicised LTN backlash is drowning out the quieter 77% who support schemes to encourage cycling and walking5. Planters are being removed.

The third barrier - lack of support within an authority - also remains. The Aldred study found transport engineers were seen to lack expertise in designing infrastructure for cycle traffic, which was often treated as distinct from ‘real’ (motor) traffic management leading to sub-standard ‘bolt-on’ facilities. Practitioners were criticised for following and defending outdated design guidance, with the consequence that motor traffic was prioritised.

Some officers are passionately committed to walking and cycling, others less so. If an officer argued that re-allocating space to cycling creates congestion when the Aldred study was done in 2019, they are likely to be making the same flawed arguments in 2020. (How can making space for cycling cause gridlock when cycle traffic is seven times more space efficient than motor traffic? As a member of staff at the Copenhagen Municipality remarked to me – “on roads with too much congestion, we create space for cycling”. Congestion results from too little, not too much, cycling space.)

The last two barriers - political and officer support - are intertwined. Talk of congestion by officers can make councillors uneasy so they backtrack on schemes. And sometimes councillors are given the wrong information. Here are two statements made to me recently by officers based on defunct guidance: “it is not possible to do a School Street on a ‘distributor roads’ “ and “the crossing cannot be built because there is insufficient pedestrian demand”. This led to schemes being vetoed. Innocent mistakes perhaps, but misinformation can mean children are killed or exposed to unlawful levels of pollution.

Equally, politicians may not understand transport planning (why should they?) or prefer not to trigger noisy opposition so stick with the status quo.

And there is a new barrier. People vandalising planters and threatening to run over those who support them – local people who have become the face of their LTNS.

As a result, successes are patchy. If the Government leaves it to highways authorities to make the difference needed to get people cycling, many areas will be stuck with the hostile highways they had pre-COVID. Without a central response to implementing schemes, motor traffic will continue its upward trajectory, and cycling will diminish.

Cycling solves so many other problems in one stroke. Danish levels of cycling in the UK would save the NHS £20bn in 20 years6. Diabetes and obesity are associated with increased COVID mortality rates7 and these problems can be improved through exercise such as cycling. Many of the benefits of spending on active travel accrue across departments from health and social care to business, energy and education. There is a strong case for much more active travel investment.

We have a national road crisis on our hands. Preceding decades and recent months have shown us localism means lack of uniformity, progress in some places and not others. Not enough to get a nation cycling. Traffic has increased even with low levels of commuting. We face another lockdown, and after that, another resurgence in driving. It will again be too little too late.

The government has taken charge of other realms of life. Education, culture, sport, and employment have been transformed by compulsion, not request. What if the Government did the same with highways? Centralisation is risky. But there may be palatable ways to restructure how we build for cycling; to protect the public Government could requisition highways powers from recalcitrant authorities, or take control of main roads, or all roads during COVID. Imagine if a safe cycle network were built by decree. ‘Active Travel England’, the proposed Ofsted-like inspectorate could have powers to intervene with local strategic transport planning and implementation of LTNs as well as the more grandiose walking and cycling schemes if we are to see the scale of change that’s needed.

We make roads political; they do not have to be. The UK’s current defective highways design approach has lasted seven decades in its present form. It has induced tons of CO2 emissions, cost billions in ill-health, noise, pollution and killed thousands of our children.  These are deaths by design, not accident. We need new thinking to overturn the old ‘predict and provide’ orthodoxies which have not worked. Now is the time to do things differently; trial radical change, create safe streets, deter driving. Base road reallocation and LTNs on the brilliant evidence based DfT tools like the ‘Propensity to Cycle’ on a national scale. Build the cycle routes flagged by the Rapid Cycle Prioritisation Tool and filter residential streets with cycling to school potential. Use the £1.2bn for Silvertown tunnel (designed to induce driving) to build all the LTNs flagged by London’s Streetscape so that all Londoners can travel safely on their streets, not just a lucky few. Scientific advisors have provided evidence and fresh ideas in other fields to help shape and protect our lives during COVID. Allow evidence, rather than local politics, to shape surface transport. For a green road recovery, the Government will have to intervene more strongly and treat road transport as the COVID emergency it is.

Lucy Marstrand-Taussig is a transport planner with a focus on inclusive planning and highways design.