The facility has seen £170,000 of investment, predominately from the Department for Transport’s Cycle-Rail fund 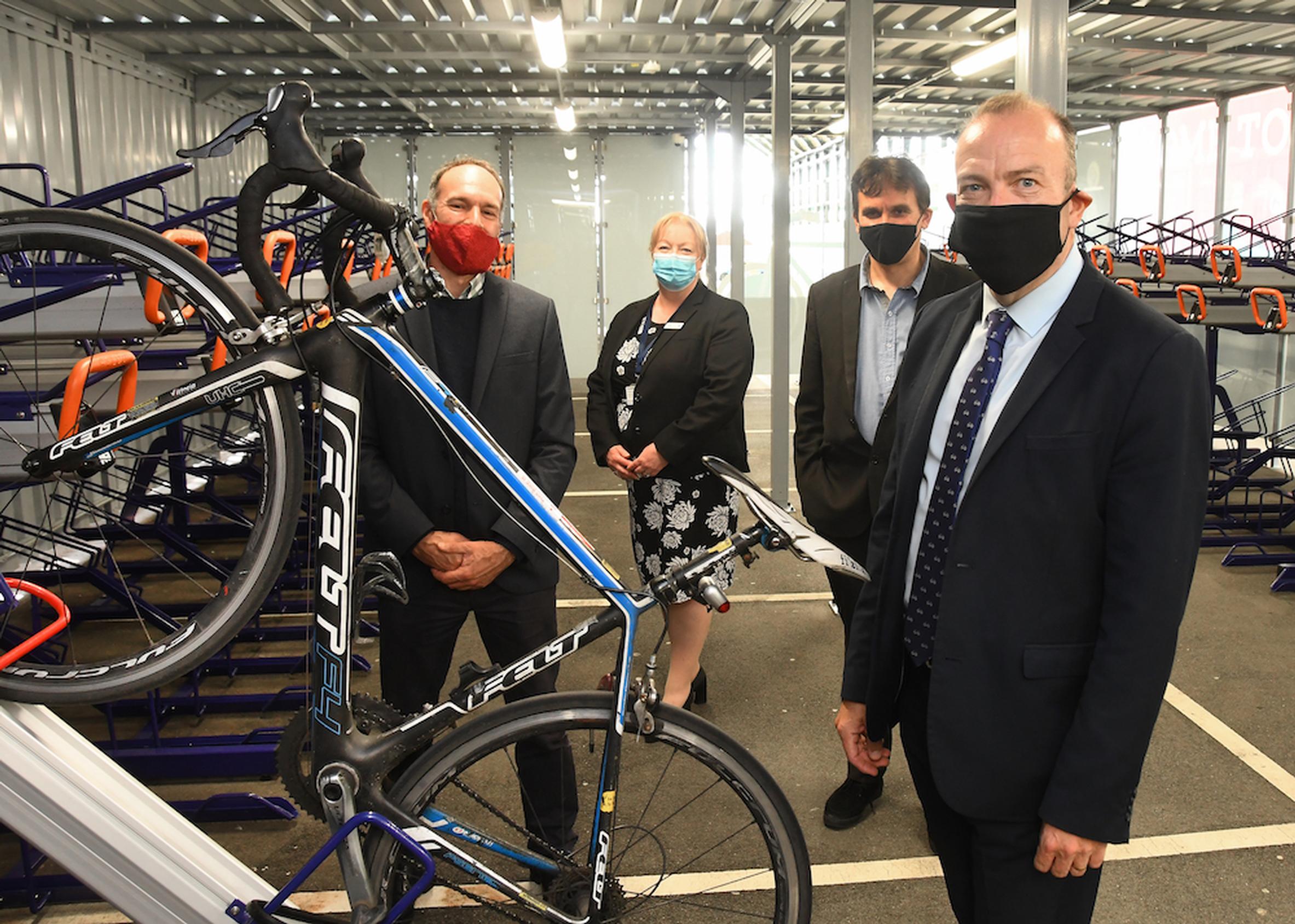 A brand-new secure cycle hub has been introduced at Hull Paragon Interchange, in a partnership between TransPennine Express (TPE) and the Department for Transport.

The new facility will provide 160 customer spaces in a two-tier style rack, six of which allow those with E-bikes to charge up their bicycles in the safety of the cycle hub

The new facility will provide 160 customer spaces in a two-tier style rack, six of which allow those with E-bikes to charge up their bicycles in the safety of the cycle hub. Additionally, there is also provision for 30 spaces in a separate area for those who work at Hull Paragon Interchange to help encourage cycle to work options.

The facility, which has seen £170,000 of investment predominately from the Department for Transport’s Cycle-Rail fund, also has a kitting up area with benches and mesh lockers, while providing a secure area for cyclists to leave their bikes as each bike space provides three locking points which is also covered by CCTV.

Liz Collins, Interim Managing Director for TransPennine Express, commented: “We are delighted to have been able to enhance and expand the cycle parking facilities at Hull Paragon Interchange, with this brand-new hub in partnership with the Department for Transport.

“As we’ve seen over the past six months, cycling has become increasingly popular, and our partnership has helped deliver this new infrastructure that will enable customers who want to cycle to the station to be able to leave their bike in a secure location, protected from the great British weather.”

Rail and Cycling Minister Chris Heaton-Harris MP said: “We have set out an ambitious plan to transform attitudes around cycling, creating a healthier and more active country.

“This investment from our Cycle-Rail fund gives people confidence to safely store their bikes at stations, simplifying their commutes and helping people make a positive change that will reduce traffic congestion on the roads in and around Hull’s city centre.”

Councillor Daren Hale, Deputy Leader of Hull City Council, said: “The opening of the cycle hub at Paragon Interchange is a vital component in our ambitious journey to make Hull a cycling a city.

“With the installation of clearer and more visible cycle lanes, we want to build a network that is accessible for everyone. And in order for this to be successful, having a secure storage facility is necessary.

“We are delighted that the cycle hub is opening and I hope it will encourage even more people to start using a more sustainable form of transport, and I look forward to the opening of a second facility in Trinity Market in the near future.”

TPE is developing additional Cycle-Rail secure cycle parking funded schemes in partnership with the Department for Transport elsewhere on its network at Grimsby, Huddersfield and Thornaby.