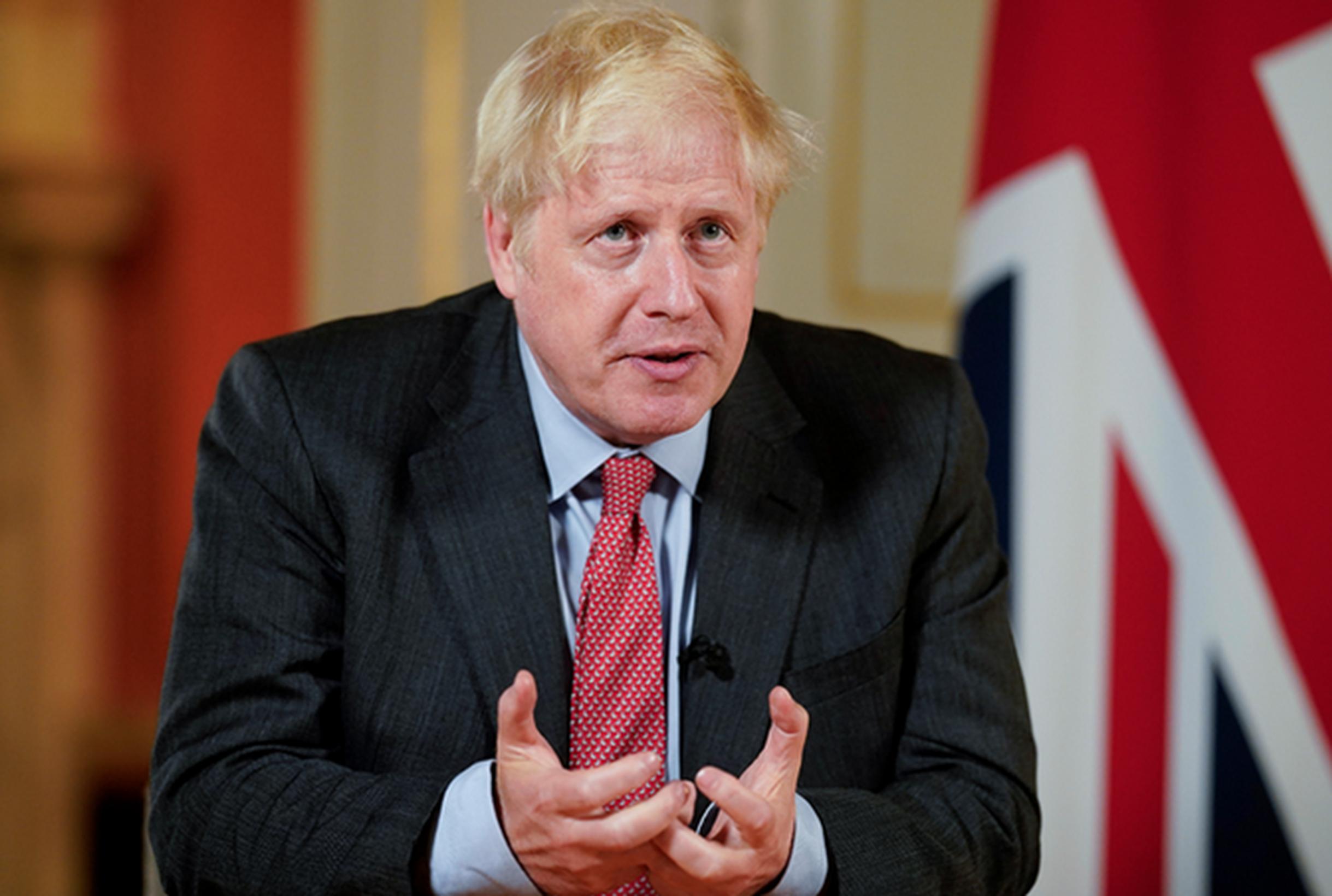 A raft of new coronavirus restrictions will apply across the UK as the number of cases increases.

The package of measures for England include: asking office workers to work from home; early closing for pubs, bars; table service only; closing businesses that are not COVID-secure; expanding the use of face coverings, and new fines for those that fail to comply.

Prime Minister Boris Johnson warned that the new restrictions could remain in place for up to six months. The country has reached “a perilous turning point” in how it manages the pandemic, the Prime Minister told Parliament.

The Prime Minister warned that “significantly greater restrictions” could come if necessary. He reiterated this point in an evening address to the nation.

In England, people are now being asked to work at home where they can, shop staff will have to wear face masks and weddings will be limited to a maximum of 15 people, under the rules. Fines for breaking laws on gatherings and not wearing a mask will increase to £200 for a first offence.

The moves come as the number of UK cases rose by 4,926 on Tuesday, government figures showed, with deaths increasing by 37.

However, Johnson said this was not return to the full lockdown of March, with no general instructions to stay at home. Businesses, schools, colleges and universities will remain open.

The Prime Minister met with the leaders of Scotland, Wales and Northern Ireland on Tuesday morning and said that the Devolved Administrations would be taking similar steps.

In his television address, Johnson said: “After discussion with colleagues in the Devolved Administrations, I believe this broad approach is shared across the whole UK. And to those who say we don’t need this stuff, and we should leave people to take their own risks, I say these risks are not our own.”

Scotland’s First Minister Nicola Sturgeon has announced a 10pm curfew for hospitality businesses that is in line with that in England. The same measure is set to come into force in Wales on Thursday. However, Sturgeon went further than England on restrictions, banning the visiting of other households indoors and also the sharing of car journeys with people outside a household.

Speaking in the House of Common, the Prime Minister said: “We always knew that while we might have driven the virus into retreat, the prospect of a second wave was real. I’m sorry to say that, as in Spain and France and many other countries, we've reached a perilous turning point.”

Johnson said the new rules has been “carefully judged” to achieve a maximum reduction in the R number – a measure of how rapidly the virus is spreading - while causing minimum damage to lives and livelihoods.

Attendance figures reveal the number of schools in England sending home groups of pupils due to COVID-19 incidents quadrupled in a week. Over the last fortnight, hospital admissions have doubled and COVID-19 is likely to spread more easily in winter. Johnson said: “So this is the moment when we must act.”

Johnson said: “We will spare no effort in developing vaccines, treatments, new forms of mass-testing but unless we palpably make progress we should assume that the restrictions that I have announced will remain in place for perhaps six months.”

The new measures: Scotland
First Minister Nicola Sturgeon said that the new measures were necessary in order to prevent resurgence in community transmission of the virus and the potential for a rapid return to the pressures the NHS experienced earlier in the year. Measures include:

These restrictions will be reviewed within three weeks and further guidance will made available where necessary.

First Minister Nicola Sturgeon said that from Friday Scotland will impose a 10pm curfew on pubs and restaurants. There will also be a ban on meeting inside other people’s homes.

Sturgeon raised the possibility of a two-week “circuit breaker” with further restrictions for Scotland in October, although she said no decision had been made. She urged people not to book foreign trips during the October holiday.

The First Minister said: “While these measures are tough, we believe they can make a significant difference while keeping our schools, public services and as many businesses open as far as possible. Early data suggests that restrictions currently in place in west central Scotland are starting to slow the increase of cases. So by extending household restrictions nationwide now, in an early and preventative way, we hope it will help to bring the R number down and the virus back under control.”

The new measures: Wales
A series of measures announced by the Prime Minister for England are already in force in Wales:

First Minister Mark Drakeford has also announced that pubs, cafes and restaurants in Wales will have to shut at 10pm every night from Thursday - the same measure that has been imposed in England. Pubs will be required to provide table service only.

Sales of alcohol from off-licences and supermarkets after 10pm will also be stopped.

Drakeford announced that people on low incomes would be offered £500 when they are forced to self-isolate.

The First Minister said: “In the weeks and months ahead of us, there is a very real possibility we could see coronavirus regain a foothold in our local communities, towns and cities. None of us wants to see that happen again. In some parts of South Wales, where we have seen the sharpest rises in cases, there are already even stricter local restrictions in place to protect people’s health. We now need to make that difference across Wales.”

The new measures: Northern Ireland
People in Northern Ireland can no longer meet anyone who they do not live with inside their home. The new rules specify there will be no mixing of households indoors with the following exceptions:

However, about 600 pubs that only serve drink have been told they can reopen from Wednesday, with social restrictions but no early closing.