End of the line for rail franchising 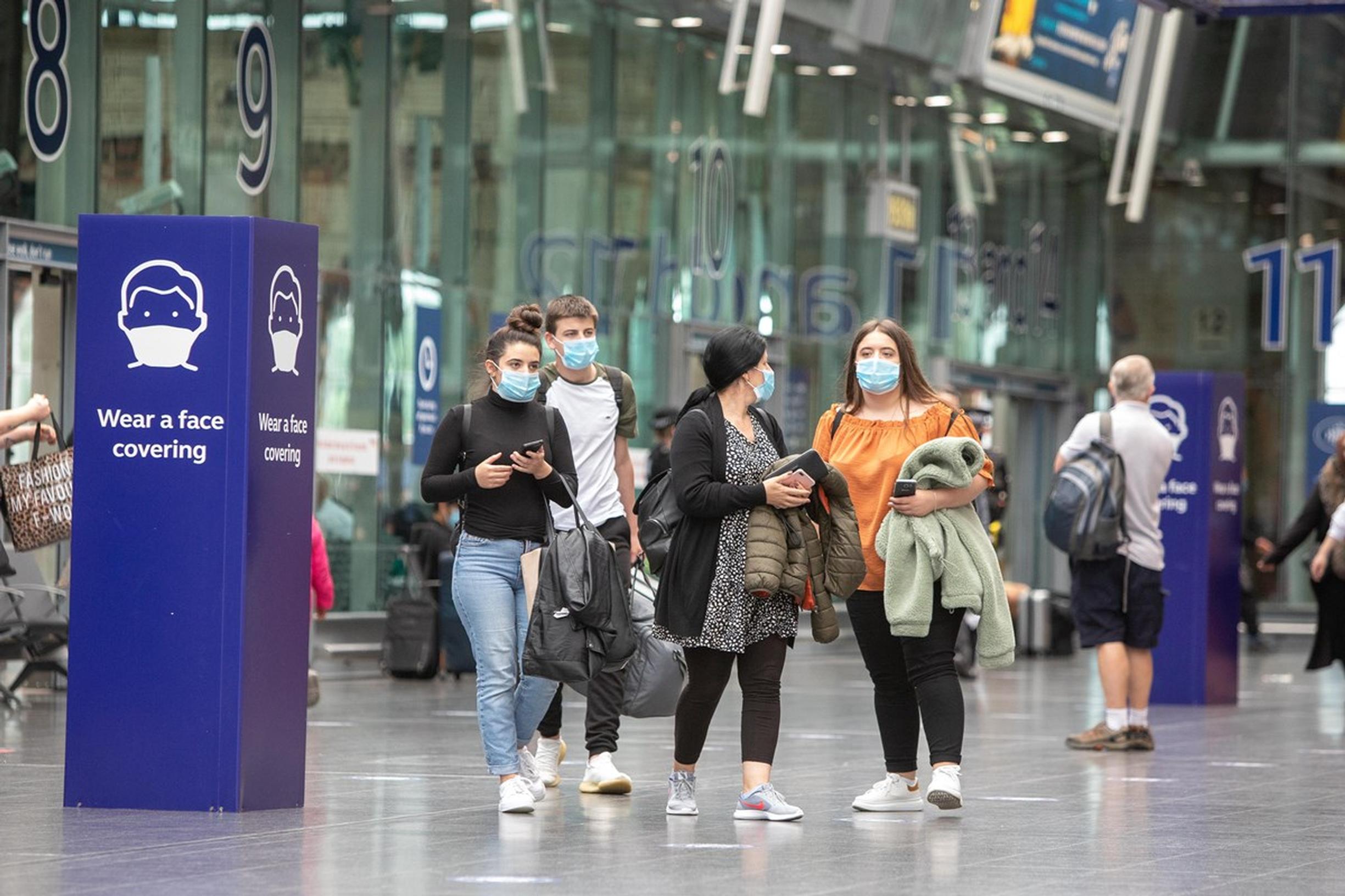 The UK’s rail franchising system has come to an end, with the government announcing an extended rescue deal for train operators. Rail franchising has been replaced with new Emergency Recovery Measures Agreements (ERMAs).

The Department for Transport (DfT) argues the new system will address the continuing impact of the pandemic on the railway and delivers on a government commitment to replace the current franchising system.

Under the old system, train operating companies bid to run services on routes on multi-year contracts. The rail operators then made payments to the state based on ticket revenue forecasts. However, the pandemic has destroyed that business model.

The Government has spent around £3.5bn covering train companies’ losses since the coronavirus pandemic started. During March, in effect, the DfT nationalised the railways when franchise agreements were suspended.

Introduced during the 1990s, rail franchising has developed in a manner that has led to a fragmented system. The DfT said the new system will create a simpler, more effective structure and will take shape over the coming months. The first stage involves moving operators onto transitional contracts to prepare the ground for the new railway.

Transport Secretary Grant Shapps said: “The model of privatisation adopted 25 years ago has seen significant rises in passenger numbers, but this pandemic has proven that it is no longer working. Our new deal for rail demands more for passengers. It will simplify people’s journeys, ending the uncertainty and confusion about whether you are using the right ticket or the right train company.

“It will keep the best elements of the private sector, including competition and investment, that have helped to drive growth, but deliver strategic direction, leadership and accountability. Passengers will have reliable, safe services on a network totally built around them. It is time to get Britain back on track. Until passenger numbers return, significant taxpayer support will still be needed, including under the transitional contracts announced today. But the reforms will enable substantial medium and longer-term savings for taxpayers.”

Rail travel decreased to just 5% of pre-pandemic levels during the lockdown in late March and April. Numbers are still only at 30%-40% of those in 2019.

Under the new emergency arrangements, the DfT will continue to cover rail companies’ losses and pay them a fixed fee of up to 1.5% of the operating costs before the pandemic. This is less generous than the previous 2% and more heavily weighted towards performance, such as punctuality, passenger satisfaction and financial performance.

Shapps said: “When the pandemic hit, we stepped in to keep train services running for key workers and essential supplies. Today we are renewing that support with new agreements, called Emergency Recovery Measures Agreements (ERMAs), to support the UK recovery and continue the fight against the pandemic. These agreements, which run for up to 18 months, are designed to bring the rail franchising system to an end. Coming into force yesterday, they contain provisions to bring current franchises to an end when these agreements expire. They are the first step in creating a new kind of railway. One that is customer-focused, easy to use, good value and where the trains run on time. A structure will take shape over the coming months.”

The Department for Transport said the ERMAs will keep the railways running during the pandemic while the industry moves towards a long-term overhaul. The DfT said the new contracts, which would last six to 18 months and help operators through the COVID-19 crisis, were a better deal for taxpayers, and heralded the end of franchising.

The management agreements have tougher performance targets and lower management fees, said the DfT. The new contracts allow the department to make an early start on reforms, including requiring operators to co-ordinate better with each other and driving down the railways’ excessive capital costs.

Under current public health guidance, the intention is also for operators to run an almost full service to ensure there is space to help passengers travel safely.

The DfT said ERMAs will pave the way for wider rail industry reform that prioritises the passenger. In 2018 Keith Williams, the chairman of Royal Mail, was asked to review the railways after a chaotic timetable change and the failure of some franchises. The DfT’s announcement has Williams’ full support and is being flagged by government as the prelude to a white paper that will respond to the Williams Review’s recommendations. The white paper will be published when the course of the pandemic becomes clearer.

Keith Williams said: “These new agreements represent the end of the complicated franchising system, demand more from the expertise and skills of the private sector, and ensure passengers return to a more punctual and co-ordinated railway. I am ensuring the recommendations I propose are fit for a post-COVID world, but these contracts kickstart a process of reform that will ensure our railways are entirely focused on the passenger, with a simpler, more effective system that works in their best interest.”

Paul Plummer, chief executive of the Rail Delivery Group (RDG), said: “We welcome the ongoing support to keep trains running for passengers and the government’s confirmation of an end to the franchise system, which we have long been calling for. These transitional contracts should be a stepping-stone to a better railway. This needs to harness the experience, innovation and investment private sector operators bring, with local train companies taking the decisions that affect their passengers. It should be overseen by a new guiding mind for the whole industry and underpinned by a simpler to use fares system.

“A renewed and reinvigorated partnership between the public and private sectors will be the best way to improve services and help regrow the market for train travel which is good for economic recovery and the public finances. Combined with the measures the industry is taking to keep trains clean, this announcement means people can continue to travel with confidence.”

The Labour Party’s shadow rail minister, Tan Dhesi, said the announcement was an dmission that privatisation had not worked. However, Dhesi added: “Taxpayers are set to continue paying hundreds of millions of pounds in profit to private rail companies to run the network. This is completely unacceptable. These agreements paper over the cracks of a broken rail system.”

The RMT union said the deals were just “reanimating the corpse” of privatisation. RMT general secretary, Mick Cash, said: “COVID-19 has proved that the private rail companies are a waste of time and money and have no place in a railway that’s fit for the future. It’s time to cut out the middleman.”

The UK’s rail network needs a permanent, long-term solution that will bring clarity for the sector and passengers, says the House of Commons Transport Committee’s chair, Huw Merriman MP.

Responding to the announcement that franchising would end, Merriman commented: “In the absence of any detailed reforms, this announcement means we are simply replacing one set of interim contracts with another set of interim contracts. The Government now needs to set down some detail about what it intends to do next. The Williams Rail Review, established in September 2018, was expected to publish its findings and recommendations in Autumn 2019 with reform expected this year. The ‘wait for Williams’ is delaying change.

“The Government says the White Paper will be published ‘when the course of the pandemic becomes clearer’. The Government is right to reflect on the coronavirus pandemic but we’ve been in this situation for six months now. The Department for Transport and the Treasury have gained more control over the railways than they have had at any time since privatisation. At a time when the Government has more power over the railways, it makes it even more frustrating that long-term changes, including flexible fare reform, are still some way down the track.

“Whilst the Government believe that rail franchising has reached the end of the line, it should be remembered that private sector management of our train services saw passenger numbers double since privatisation. We are going to need to see passenger numbers recover if the railway is to be financially viable. Our railways need the entrepreneurship of the private sector to innovate and drive growth in a manner which responds to new consumer demands.

“The Secretary of State told our committee in June he wanted to move to TfL-type contracts (‘concessions’). The Government’s interim emergency contracts are similar to these in some ways, but what is missing is the independent contracting body Keith Williams has talked about. Without such a body, the DfT will not be able to drive performance and change. The Government needs a new ‘guiding mind’ to take the industry through the pandemic and design and manage new contracts for the longer-term. We need a permanent, long-term solution that delivers clarity for the rail sector and the passenger. The sooner we know what that looks like, the better.”

The longer term implications of the coronavirus pandemic for the UK’s public transport are being examined by the Committee in an inquiry: Reforming public transport after the pandemic. The deadline for submissions is Thursday 24 September.