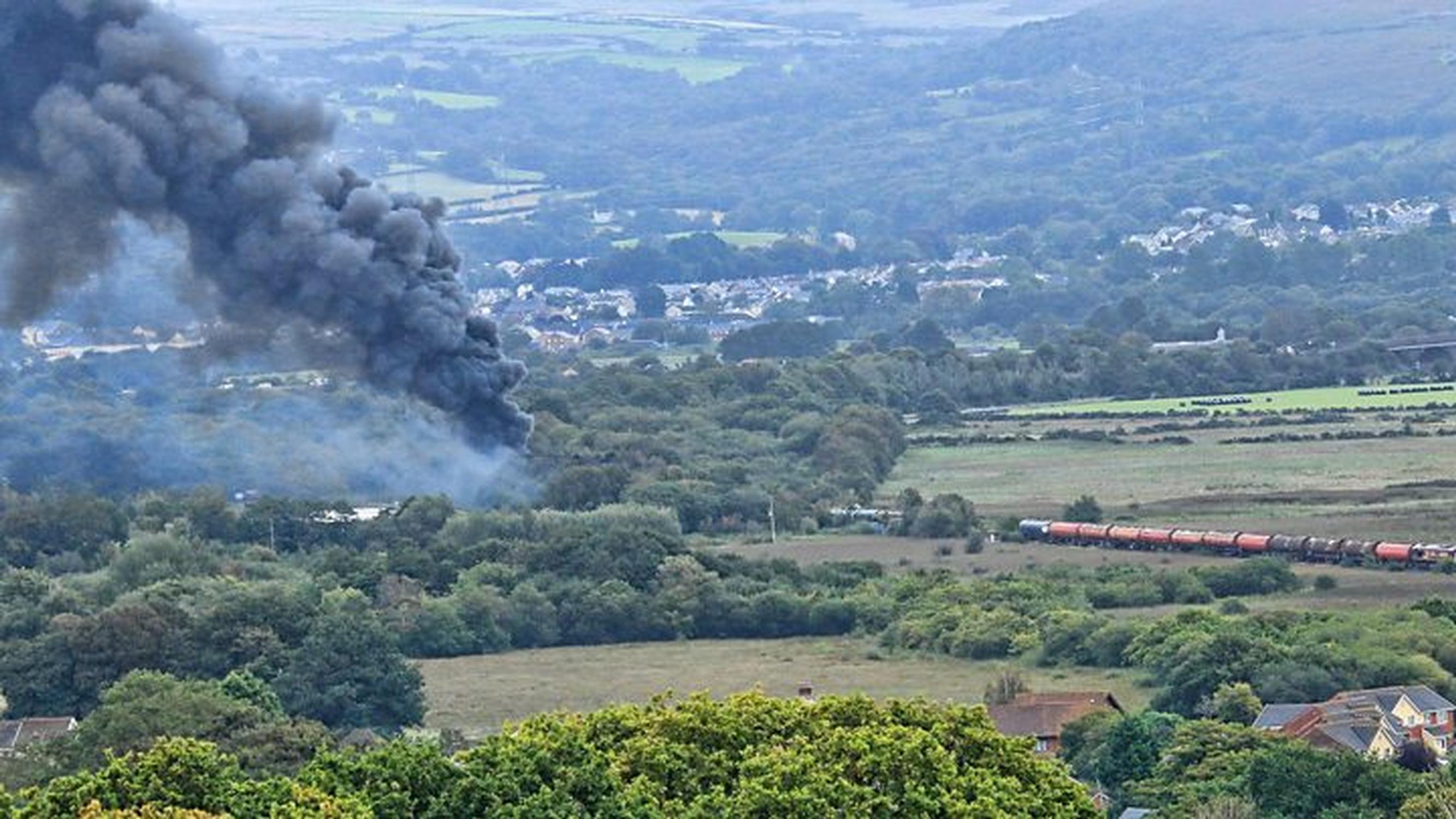 A freight train carrying diesel has derailed and burst into flames in South Wales.

The incident happed in Llangennech, near Llanelli in Carmarthenshire at around 11.20pm on 26 August.

The two workers who were on-board the train have been accounted for and no injuries have been reported, according to British Transport Police (BTP) said.

About 100 people living within 800-metres of the fire, had to be evacuated from their homes on Wednesday night, but have since been allowed to return.

The derailment happened close to the Loughor Estuary, which is part of the Carmarthen Bay and Estuaries Special Area of Conservation. Natural Resources Wales is assessing the impact of the diesel spill.

The Rail Accident Investigation Branch (RAIB) is now carrying out a preliminary examination and gathering evidence.