Traffic levels up, rail fares up, cycling trips down. Where is the promised green recovery? 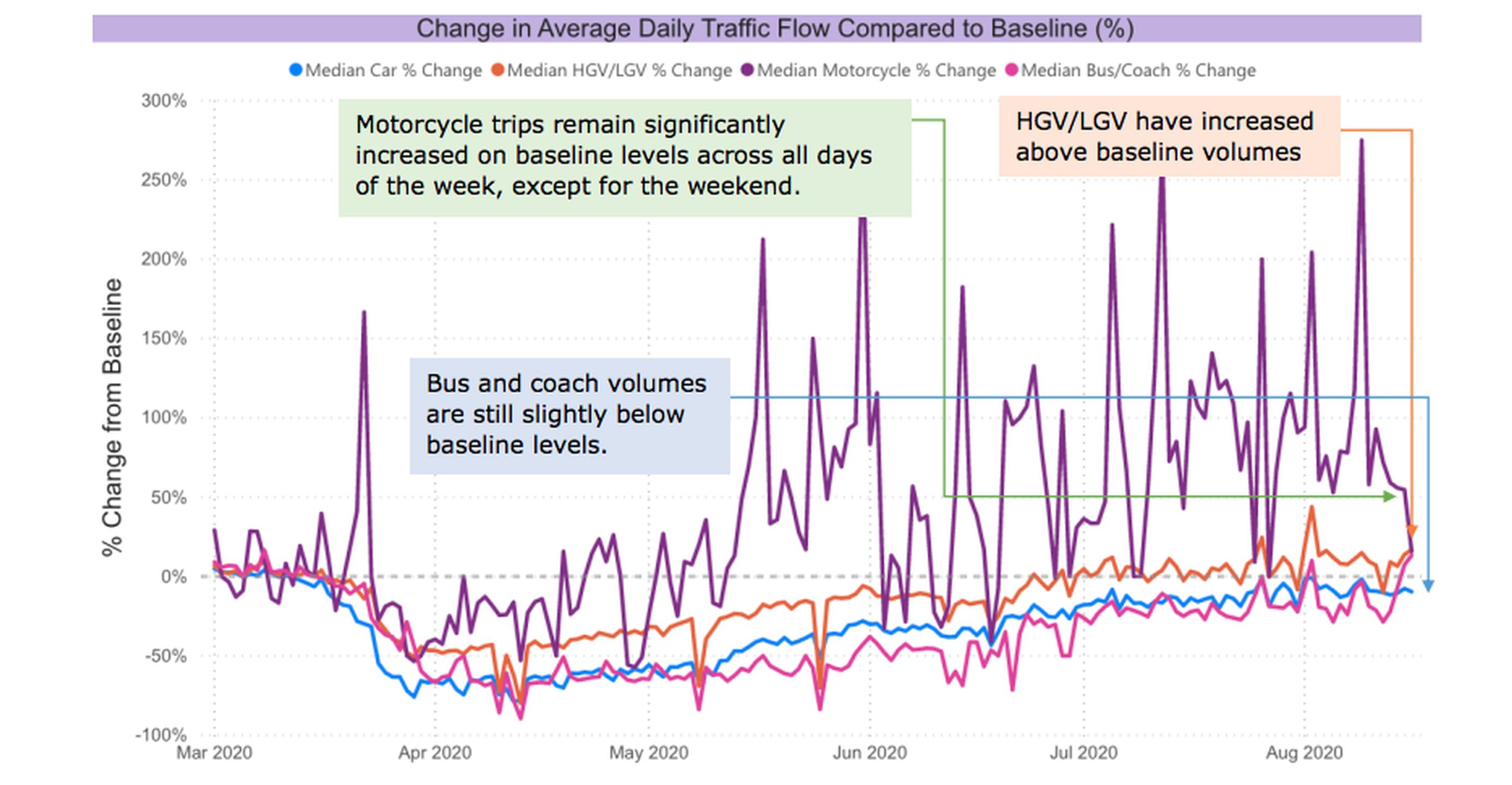 Traffic levels have this week risen to somewhere between 87 and 105 per cent of the average for this time of year, with Government data also showing that light commercial and heavy goods traffic have returned to, or exceeded, pre-Covid levels. Meanwhile, despite the numbers of train journeys being taken remaining at around a quarter of the usual amount, many railway season ticket holders and commuters will see a 1.6% rise in fares from January.

A recent Rail Delivery Group review called for more flexible, individualised, ‘fairer’ fare models, highlighting that many current fare structures (season tickets or one-off fares), do not offer good value, particularly for those working part-time, the majority of whom are women

In April, after restrictions on movement were imposed, motor vehicle journeys dropped to 23% of the usual level in Britain.

According to data published by this week by the Transport Technology Forum, cycling volumes overall are still well above pre-lockdown levels, yet are significantly reduced compared to those seen in May.

About half of rail fares are pegged to July's Retail Price Index, which defied forecasts and rose from 1.1% in June. Following the announcement, Transport Focus and other campaign groups are calling on the Government and train companies to work together to offer passengers better value for money deals to get them back on trains following the slump in passenger demand

Boris Johnson had promised a 'green recovery' from the cornavirus pandemic, committing to spend £2bn on encouraging walking and cycling as part of an effort to improve health and fitness, and build on changes in transport use during lockdown.

Darren Shirley, CEO, Campaign for Better Transport says:'the lack of flexible season tickets has been out of step with working patterns for years, but the recent changes to millions of people’s work life brought about by the Covid-19 pandemic has meant the five-day-a-week annual ticket is now even more outdated.'

Anthony Smith, chief executive of Transport Focus, said: 'People’s feelings about travel, and the way they use public transport, have changed. While the rail leisure travel may bounce back, our research tells us almost two in three former rail commuters expect to work from home more so we will probably now travel less for work, both commuting and on business.

'The Government must go above and beyond a fares freeze and get train companies to offer a combination of cut-price deals, carnet style ‘bundles’, flexible season tickets for commuters and better value for money fares across the board.'

A recent Rail Delivery Group review called for more flexible, individualised, ‘fairer’ fare models, highlighting that many current fare structures (season tickets or one-off fares), do not offer good value, particularly for those working part-time, the majority of whom are women. Work is in hand to investiagte solutions: Dr Katharina Burger from the University of Bristol, with Raffaello Rossi from the University of Bristol and Elisa Becker from the University of Exeter, are collaborating with transport solutions company Esoterix, to interrogate rail travel data and make pricing recommendations to benefit both the train operators and rail travellers.

Dr Katharina Burger from the University of Bristol says: ‘This collaboration with Esoterix will allow us to offer insight into which combinations of travel patterns and fare rebates have the greatest potential to shift peak demand. We will make recommendations as to how the operator can ease capacity constraints and at the same time offer best price value for the different demographics of travellers.’