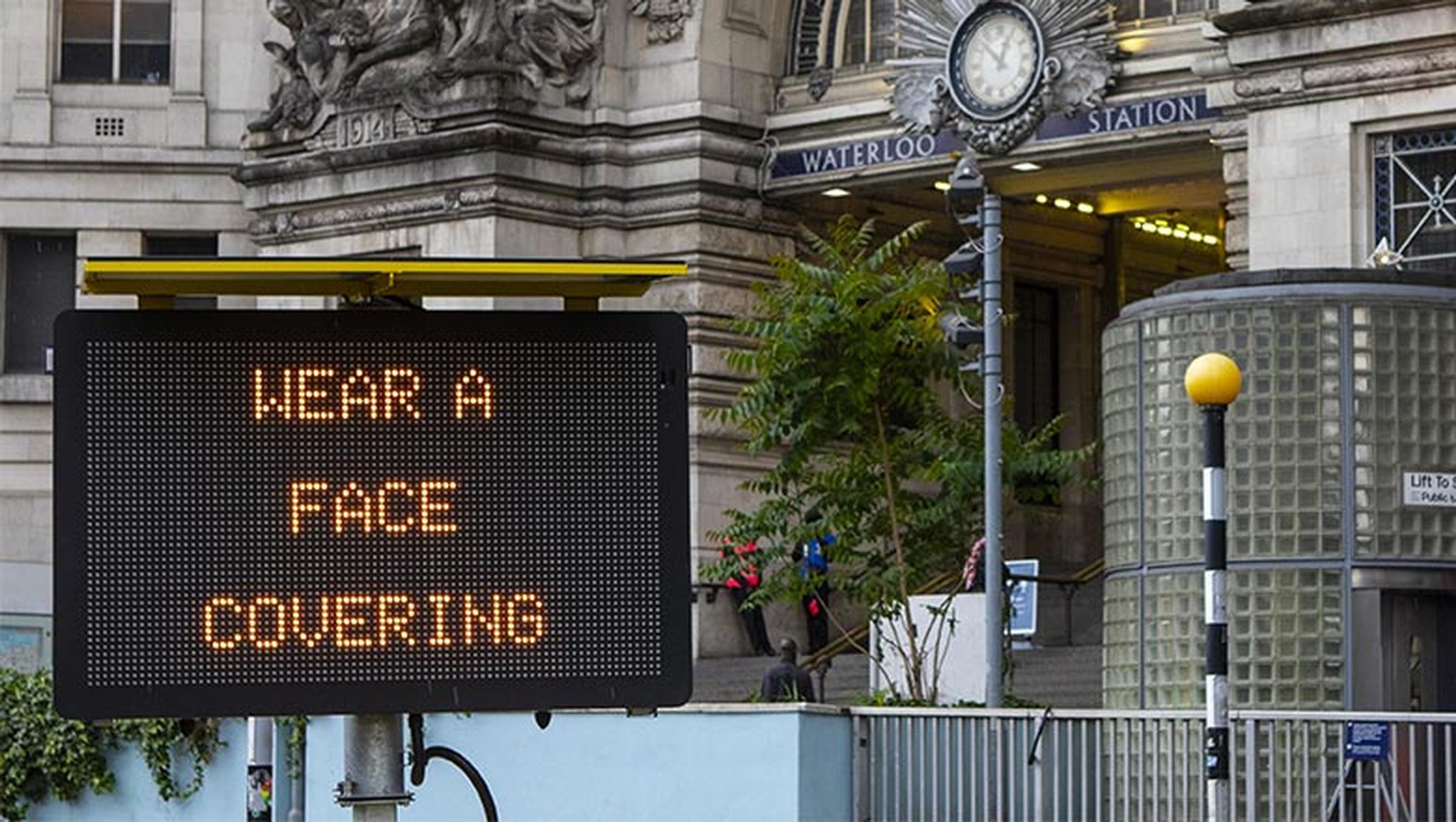 People in the UK are getting used to wearing face coverings, but masks have become a source of tension for some, and notable minorities believe conspiracy theories about them. This is a key finding of a study by King’s College London and Ipsos MORI.

The study also finds that precautionary “COVID-secure” behaviours are sticking, with reported compliance largely unchanged from May.

The study is based on 2,237 interviews with UK residents aged 16-75, and was carried out online between 17 and 20 July 2020. This was before the wearing of face coverings became mandatory in shops in England, but after the measure was announced by the Government.

Professor Bobby Duffy, Director of the Policy Institute at King’s College London, said: “The large majority of the public have now come round to the idea of wearing face masks – a rapid change in both behaviour and belief, given how recently ago they seemed like an extreme measure and there was such uncertainty over their effectiveness in advice from government and elsewhere.

“But face masks are also proving a source of tension for a significant minority. One in eight survey respondents say they’ve been involved in either confrontations or reports to the authorities about not wearing them – and while this is a minority of the UK population, it is equivalent to around 6 million people. This is also much higher among some groups, particularly the young and those who rely on social media for information on COVID-19, partly reflecting these groups’ much higher levels of belief in conspiracy theories about face masks.

“More generally, though, ‘COVID-secure’ behaviours are becoming embedded for many of us, and while the public say they’re still being cautious, there are some signs that people are feeling more at ease about a loosening of the restrictions, with parents in particular now much more likely to say they’re comfortable with their children returning to school.”

Face masks as a flashpoint: Confronting or reporting someone

Face masks as a flashpoint: Being confronted or reported

Overall, 13% of the population have either confronted or reported people about not wearing face masks, or been reported or confronted themselves. But this varies hugely across the population, with the following groups much more likely to have been involved in confrontations or reports to the authorities:

Aside from on children’s schooling, there has been only a limited change in views since the third week of May, with people still most likely to prioritise health over the economy and other impacts, but slightly less worried about relaxing the rules. This stable picture may reflect largely unchanged financial experiences across the population since May.

Kelly Beaver, Managing Director of Public Affairs at Ipsos MORI, said: “What once were considered extraordinary measures to help combat the COVID-19 pandemic, now seem to have percolated into our day-to-day lives and are increasingly routine. Actions like hand washing now remain consistent at the high levels reached early in the pandemic. People continue to believe that there are difficult choices to face for government but that ultimately it should continue to prioritise people’s health over the economic risks.”

While the threat from COVID-19 has reduced and lockdown has been relaxed somewhat, there has been little change in the proportions who say they have been suffering in the past month:

And a quarter (26%) still say they have drunk more alcohol than they normally would, down slightly from 29% in May.

Dr Louise Smith, Senior Research Associate in the Health Protection Research Unit in Emergency Preparedness and Response at King’s College London, said:
“Most people we surveyed reported having worn a mask or face covering in the last two weeks, even before they were made compulsory in shops. While they were not mandatory at the time, a significant minority said they had experienced confrontation for not having worn one. With the introduction of government measures on face coverings, and lack of clarity on policing, there is the potential that those not wearing a face covering, in some cases for medical reasons, may be the recipients of criticism and confrontation.

“There are also worrying levels of endorsement of misinformation and conspiracy theories about wearing face masks. Directing people to correct scientific information about face coverings on social media platforms such as YouTube and WhatsApp may help reduce confrontations about wearing them.

“With more people venturing out, and with the opening of restaurants, bars, hairdressers, sports facilities among others, it is especially important that people keep practicing good protective behaviours such as maintaining distance from others while out and about, washing your hands thoroughly and regularly, and wearing a face covering where necessary.”

Ipsos MORI interviewed a sample of 2,237 adults aged 16-75 in the United Kingdom using its online i:omnibus between 17 and 20 July 2020. Data has been weighted to the known offline population proportions for age within gender, government office region, working status, social grade and education. Ipsos MORI surveys are subject to a range of potential sources of error.