A call to open up cycling to everyone

Demand for cycling from ethnic minority and disadvantaged groups is largely unmet, say Sustrans and Arup 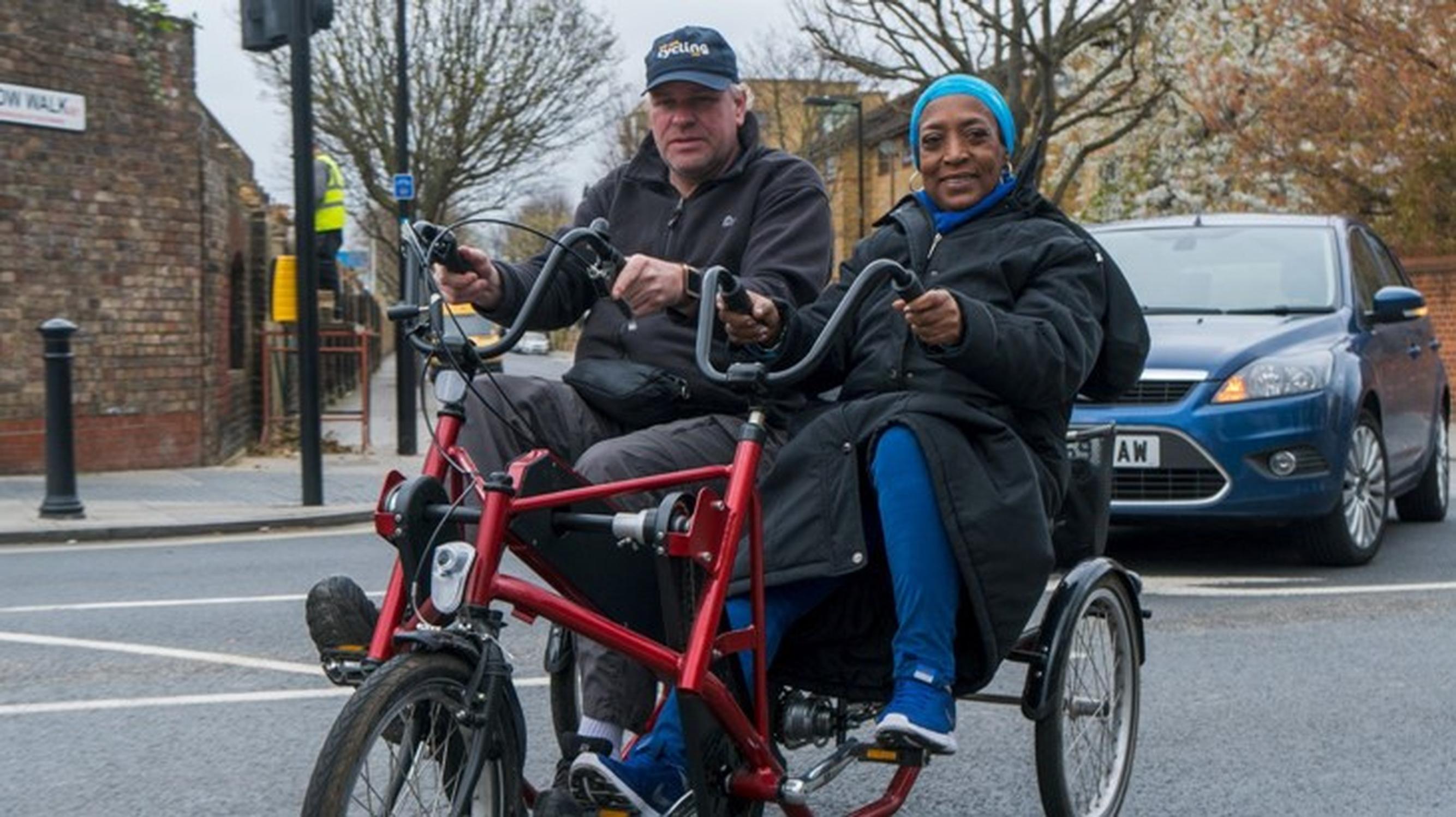 There is a large unmet demand for cycling from ethnic minority and disadvantaged groups, says a new report.

Cycling for Everyone, a report by active travel charity Sustrans and consultant Arup, highlights inequalities within cycling participation in urban areas between different demographics, including those from ethnic minority groups, women, disabled people, older people, and those at greater risk of deprivation.

Cycling took off during the pandemic, being recognised as a safe and socially distanced way for people to get exercise and as a means to travel to work and for other essential journeys. However, 74% of people from ethnic minority groups living in cities and towns do not currently cycle. Despite low participation levels, the report found 55% of people from ethnic minority groups who do not currently cycle would like to start. This compares to 37% of White people.

Susan Claris, Global Active Travel Leader at Arup and report co-author, said: “The health, wellbeing and social benefits of cycling in our towns and cities are clear. But these benefits are not equally felt by everyone, and we need to do more to ensure that cycling truly is accessible for all. This guidance supports a move away from designing cities for people who already cycle, or have power and privilege. Instead, we need to use our collective skills, expertise and ambition as a sector to start designing cycling for everyone.”

The COVID-19 pandemic has brought to light many disparities within society, with people from ethnic minority groups and other disadvantaged communities being disproportionately affected by COVID-19 and over-represented within the key worker sector. However, very few cycling strategies and plans exist that focus on people and the diversity of people cycling.

The report states that the transport sector is not doing enough to address the barriers people from ethnic minority groups and other disadvantaged communities face.  While people want to cycle, there is often a lack of data on who is cycling, the report states.

There is a large potential to engage others: 55% of people from ethnic minority groups who never cycle would like to start; and 38% of people at risk of deprivation, 36% of women, and 31% of disabled people who do not cycle say they would like to give it a go.

Sustrans and Arup believe that tackling safety, through protected cycle lanes and low-traffic neighbourhoods, is critical.

Their report highlights a lack of confidence, security, as well as the financial outlay of purchasing a cycle as being some of the barriers that are more likely to prevent those from ethnic minority groups and other disadvantaged communities from cycling:

Key recommendations highlighted in the report include an extension of the UK Government’s Cycle to Work Scheme to include those in low-income jobs, as well as support to those not in employment, to ensure that cost is not a barrier for anyone looking to purchase a cycle.

The report also urges the need for improvements in secure cycle storage in residential areas, and particularly for flats and high-rise buildings where storing a cycle inside may prove challenging.

To improve confidence free cycle training needs to be provided to all children and adults, and cycling infrastructure expanded to reach areas where transport options are poor and high traffic levels exist.

Daisy Narayanan, Director of Urbanism at Sustrans, said: “This report brings to light that for too long, the needs of so many have been ignored within cycle planning and development. In order to work towards real change and make cycling more inclusive, we call upon the industry, local authorities and central government to welcome and support all people to cycle. It is only when we move away from exclusively designing towns and cities for those who already have access to move through spaces with ease, can we really create equitable places to live and work.”

The guide outlines a series of recommendations for local and national governments under three themes.

The report has been welcomed by Jools Walker, author of 'Back in the Frame' and cycling blogger said: “If widening participation and improving planning for more marginalised groups to get into cycling is a goal, then all of these voices need to be given the platform to be heard, ensuring that the decisions made are rounded, informed and of course, genuinely representative.

“There has to be a significant shake-up within this sector if we're going to change it. It's a huge step to admit that you've 'got it wrong' in the past, but I challenge the transport sector to do more.”

The report was published in the same week Prime Minister Boris Johnson publically recognised that obesity could increase the risk of serious illness and death from COVID-19, which has prompted a new Government obesity strategy.