Dott, the European micro-mobility company, has been chosen as one of only three companies authorised to operate e-scooters in Paris 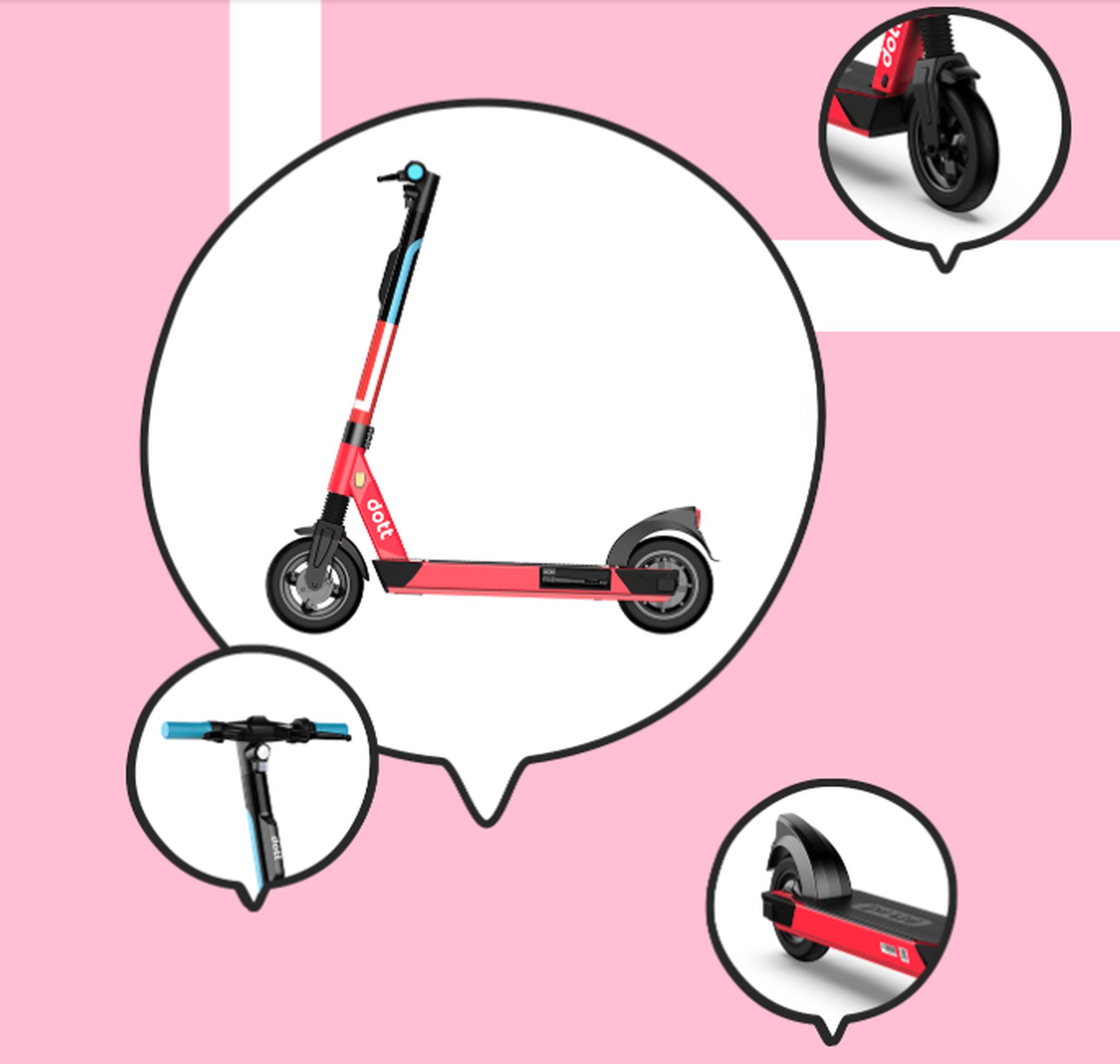 Dott, the European micro-mobility company, has been chosen as one of only three companies authorised to operate e-scooters in Paris. The announcement follows a highly competitive seven-month-long tender process -- a testament to Dott’s dedication to sustainability, in-house operations, and close collaboration with city stakeholders, says the company. An accessible pricing model impart of the package, plus plans for e-bikes in French cities later this year.

American micromobility startup Lime and European competitor Tier Mobility also won permits to operate shared electric scooters in Paris, following a tender process that had as many as 16 companies vying for a spot.

Dott's team will be speaking in a webinar, Getting e-scooter trials right, on August 5 @ 10.30: Register here

Dott is also working with Transport for London (TfL), local authorities across the UK, and the Department for Transport (DfT) to finalise proposals for scooter trials. The DfT has set high safety standards for e-scooters in the UK, which Dott’s vehicles exceed, having two brakes, large wheels, and good lighting. Dott was one one of the first e-scooters to approval in the UK.

Dott has also revealed that it reached positive group cash flow in June and its city schemes are profitable, including operational costs, maintenance, and hardware investments

Setting the standard for other European cities, Dott is now set to double its Paris fleet to 5,000 scooters. Like its current e-scooters, each will be equipped with a removable battery, recharged with renewable energy and serviced entirely by its own local full-time employees, ensuring reliability and safety for citizens.

On pricing, Dott aims to be accessible to everyone, so the company is offering custom fixed-price tickets in Paris: round-trip pass at €3.99, 7-day unlimited unlocking pass at €2.99 (unlocking fee usually €1/trip). Dott is also working with local businesses to help their employees benefit from sustainable mobility packages.

Commenting on this news, Henri Moissinac, CEO & co-founder of Dott, said: 'The tender process has finished, but this is just the beginning. We are very proud of this accolade and grateful to the City of Paris for its trust, with special thanks to Mayor Anne Hidalgo, Deputy Mayor David Belliard and their Urban Mobility team. This decision is testament to the daily work of the Dott team, who have been providing a high-quality, accessible and reliable service, every day since March 2019, rain or shine, and everywhere in the city. Core to this is our utmost respect for public space across Paris; 97% of Dott trips end in authorised parking spots.

'The decision endorses Dott’s unique operational model; we do everything in-house, our software and our teams, ensuring full control, accountability, and efficiency. We call it the Dott Operating System'.

The announcement comes in the same week that Dott announced a 10-point sustainability coalition with Tier and Voi, encompassing environmental and social commitments across Europe.