West Midlands gets funding to fast-track cycling and walking measures 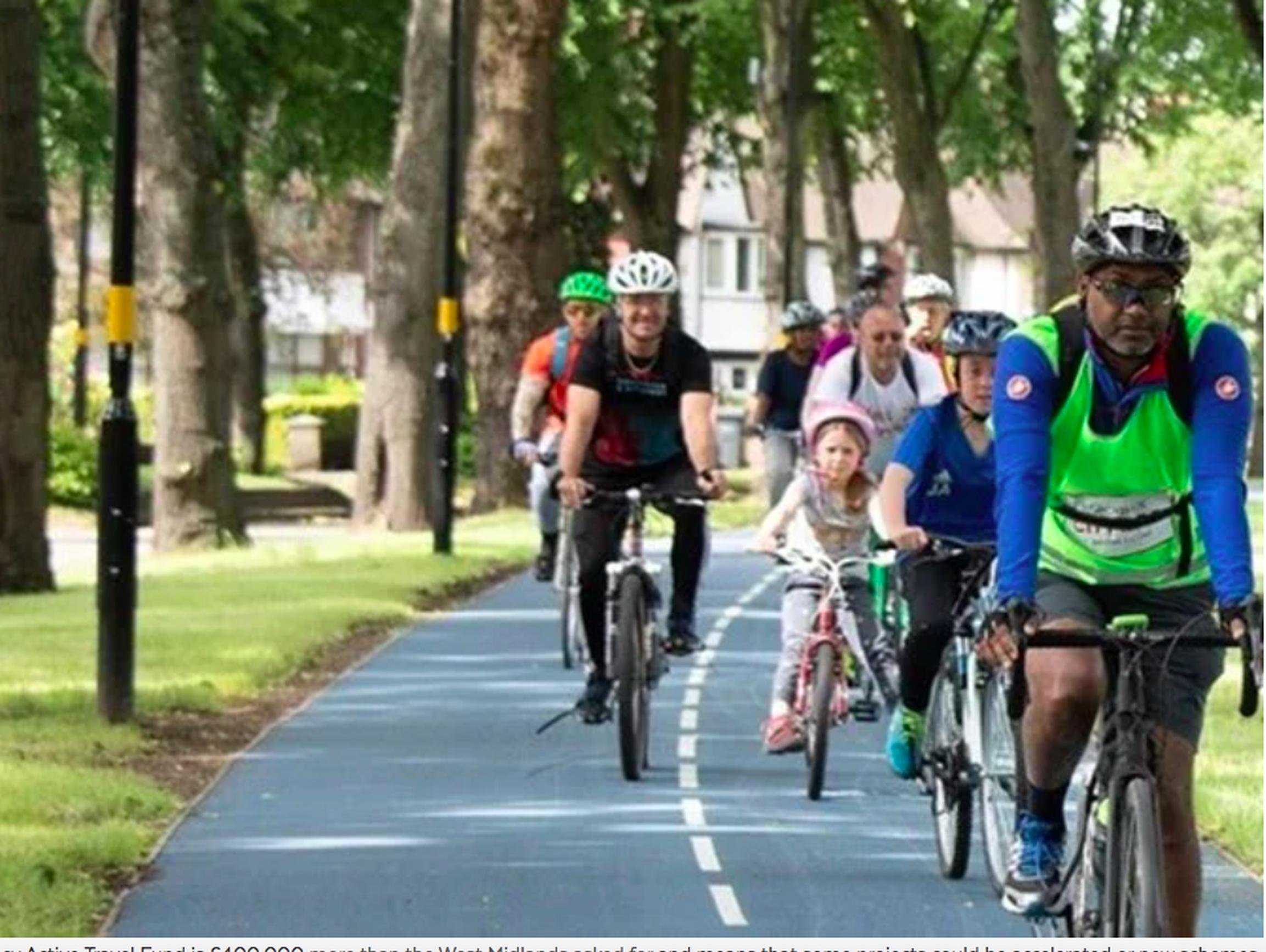 A £3.85m government grant is to fund ‘emergency’ cycling and walking infrastructure in the West Midlands this summer. This forms part of the Department for Transport’s £250m Emergency Active Travel Fund to encourage more people to choose alternatives to public transport when they need to travel in the wake of the COVID-19 crisis.

More than 45 schemes have been earmarked in the West Midlands, including pop-up cycle lanes, wider pavements, and road closures to create low traffic neighbourhoods.

Employers across the region will be offered funding to provide cycle racks for staff, cycle training and to help people to repair and restore old or damaged bikes.

Transport for West Midlands (TfWM) said the government awarded £400,000 more than it asked for, allowing some projects to be accelerated or new schemes added to the list. The extra money is an indication of the strength of the region’s bid, said TfWM, which is part of the West Midlands Combined Authority (WMCA).

The grant forms part of a £40m investment package for cycling and walking in the West Midlands, including the £23m Transforming Cities Fund and £14m due to be awarded in a second tranche of the Emergency Active Travel Fund.

Mayor of the West Midlands Andy Street said: “We have seen a significant shift towards cycling and walking during the coronavirus outbreak, and as we emerge from lockdown we want to provide safe alternatives to car use so that we can maintain both the health and environmental benefits we have clearly seen.”

Birmingham City Council is planning 14 schemes including: a cycle lane in central Birmingham connecting the A38 and A34 blue routes; temporary pop-up cycle lanes on seven priority cycle routes to connect into the city centre; a programme to provide park & cycle options at rail station car parks; low traffic neighbourhoods across Birmingham, created by using bollards or planters to close roads to through-traffic and make walking and cycling safer for local journeys; and the reallocation of road space and pavement widening in two local centres – Stirchley and Moseley – to create space for walking and social distancing.

Coventry City Council, meanwhile, is planning to introduce two pop-up cycle lanes into the city centre, one from the Canal Basin and another from the Health Centre on Stoney Stanton Road.

The routes are due to completed in the next two months, alongside additional social distancing measures on Foleshill Road and road closures within the city centre, said Coventry City Council.

In Wolverhampton, Victoria Street will be partly pedestrianised, from Queen Square to the junction with Bell Street, and paths will be temporarily widened with the use of cones.

However, not all councils in the West Midlands appear keen to reallocate roadspace to walking and cycling. Walsall Council leader Mike Bird has argued that installing pop-up cycle lanes would present an "insurmountable challenge" due to the "dangers" of mixing cars and bicycles.

Cllr Bird told the Express & Star newspaper: “I find at this point in time now, because there are less cars on the road, cyclists are taking ownership of the road. With the pop-up lanes, cars would be mingling with riders on a regular basis.

“We are told we need to give cyclists more distance when overtaking. Suddenly, at this point, I see cyclists riding two, three or four abreast in the road. It makes it extra dangerous for cars to pass.”