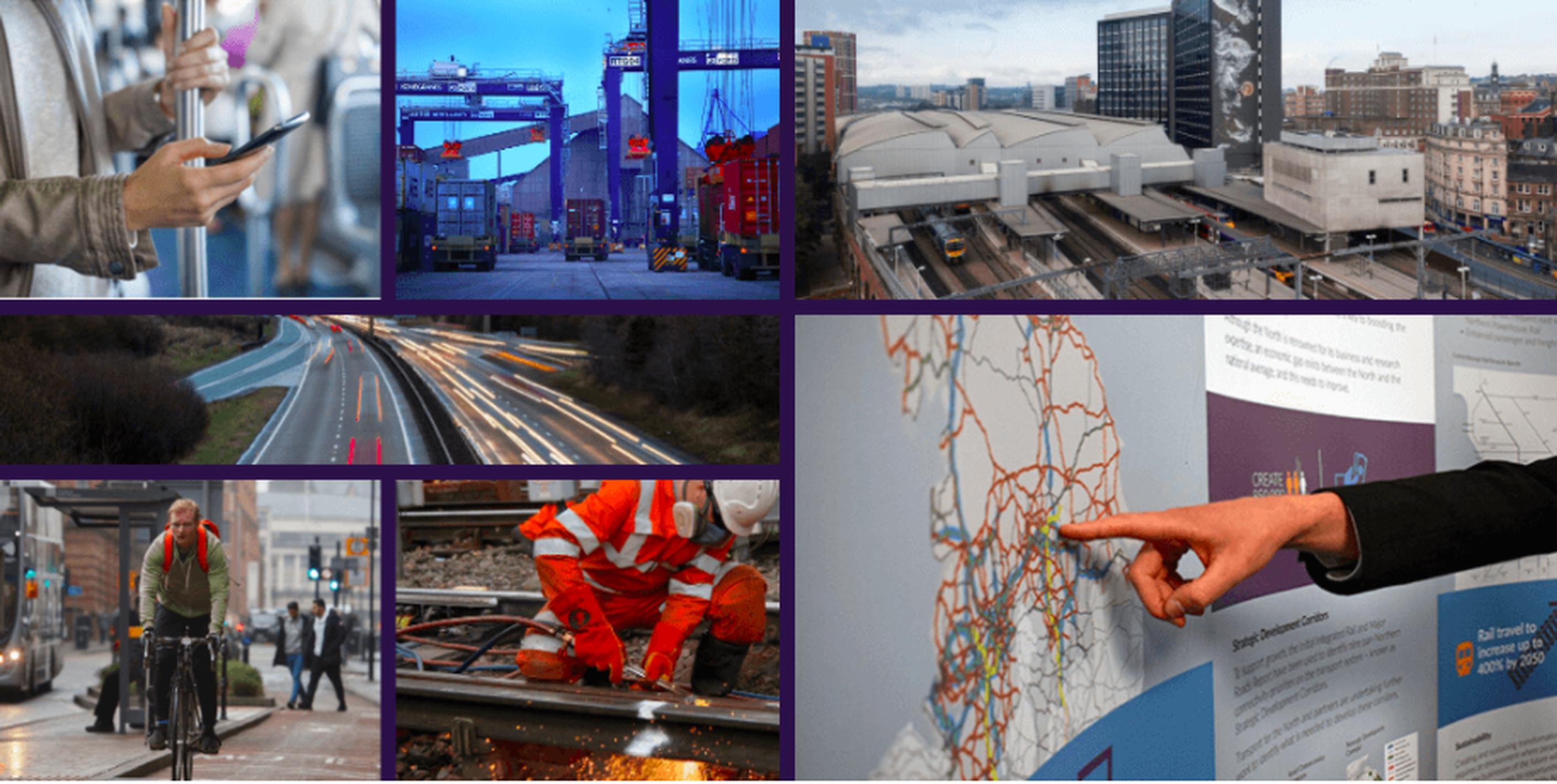 The Government must commit to massive transport investment now to transform the North of England’s economy in the wake of COVID-19, states Transport for the North (TfN).

In a letter to Shapps, TfN lists ‘shovel ready’ projects that should begin in the autumn. Early projects identified for the NIP include:

The rise in active travel seen during lockdown requires further funding to develop temporary facilities, says TfN. This should be followed by “year in, year out” investment devolved to city regions and local authorities. “Many small projects support local construction jobs and can help sustain and build on the recent spike in cycling and walking as a sustainable travel choice for many.”

Changes in work patterns means there is growing impetus for “flexi season” smart rail tickets, as well as “contactless, pay-as-you-go travel on rail in the North”. These tickets are already being piloted and could be rapidly rolled out across stations in the North, states TfN. This could be complemented by “fast-track procurement” to deploy contactless pay-as-you-go rail travel.

Alongside transport investment, the government must subsidise non-urban high-speed broadband, TfN tell Shapps. “We welcome the shift to new ways of working – with this change already part of our future travel scenarios. We see connecting communities with digital links as complementary to the need to improve transport links, with both needed to improve economic opportunity.”

Dedicated and continuous funding will enable the rapid delivery of a widespread EV network. This, says TfN, would ensure “no place is left behind, supporting improvements to air quality and the UK in meeting committed carbon budgets”.

The Government must invest now in schemes and pilot studies to progress decarbonisation of transport, TfN urges Shapps. Examples include: a) Tees Valley Hydrogen Train project which has “significant support” across industry and local authorities; b) Hybrid Battery drive technology for the Windermere line and on Merseyrail Trains, allowing operation beyond the current electrified network, without the need for new rail infrastructure. “This would greatly increase public transport connectivity across the North West, increasing access to jobs, education and leisure opportunities.”

There is a compelling case to speed up promoted rail schemes, says TfN. These include the Cumbrian Coast Line, Skelmersdale Line and continued emphasis on quick delivery of Middlesbrough and Darlington Station upgrades.

Improved rail freight access to Northern Ports fully would ensure they can “support international trade as the UK develops new trading relationships across the world”.

Projects include TeesPort, Humber Ports, Port of Tyne and Port of Liverpool along with the Trans-Pennine Route Upgrade (TRU) and diversionary routes such as the Calder Valley and Copy Pit line.

Investment is needed to accelerate schemes that would address congestion at key hubs and improve reliability across the North, says TfN, citing Leeds Station, TRU, Hope Valley line, and interventions in Central Manchester.

A funding commitment now would speed up preparations for the construction of Northern Powerhouse Rail in the mid-2020s. “The opportunity to shorten the business case process is one that, as co-sponsors, we can jointly seek to deliver - creating jobs in the supply chain and giving investors in our cities increased confidence.”

Grants is called on to commit to schemes in the 2020-2025 National Roads Fund programme: a) New River Tees Crossing; b) Tyne Bridge & Central Motorway MRN scheme; c) A500 dualling in Cheshire East (Meremoor Moss – M6 J16); d) A34 Cheadle MRN scheme; e) A1237 phase 1 improvements in York; and f) A59 Kex Gill landslip. “These projects, between them valued at around £400m, could support 1,000 long term jobs, and have a wider impact on the local economy,” says TfN.

TfN wants schedules for strategic road network projects to be brought forward including the A66 dualling, and RIS3 Programme schemes (e.g. A1 upgrade Doncaster – Darrington/A64 Hopgrove). “The impact of the COVID-19 crisis reinforces the call of our Board over the past year for a devolved ‘Northern Budget’ - allowing for investment decisions to be made by the people who live and work in the North of England,” says TfN. “Decision making at a regional level will deliver accelerated investment, increase competitiveness and help stimulate economic growth.”

Transport for the North brings together the North’s 20 local transport authorities and business leaders together with Network Rail, Highways England, and HS2 and works with central government.

Barry White, Chief Executive of TfN, said: “COVID-19 has had a profound effect on our people, businesses and economy and it’s essential that we take action to support their recovery by investing in our region now, and over the coming months and years. Through a sustained Northern Infrastructure Pipeline of transport schemes we can provide immediate confidence and set the North on the path to future growth. That’s now more important than ever.

“The projects and initiatives we’re putting forward are an initial set of quick wins and interventions the Government that will help to rebuild and transform the North of England’s economy. Our plan puts the needs of our passengers and businesses at the top of the agenda, while recognising the critical need to make getting around greener and much more accessible for every one of the North’s 15 million people.

“We’ve always said the North cannot wait at the back of queue and that we need a clear and committed pipeline of initiatives to reverse decades of underinvestment. Our Economic Recovery Plan puts forward tangible ways in which the Government can show commitment to that levelling-up agenda.”

Following the initial bid to the Secretary of State for Transport, Transport for the North will carry out further detailed work on the Economic Recovery Plan, to be considered by its board of political and business leaders on 29 July. This will be available to watch live online, with the agenda and papers published five days in advance.