Transport for New Homes found that Garden Villages will be largely unsuitable for walking and cycling due to their remote location, their layout and their lack of safe routes in and out 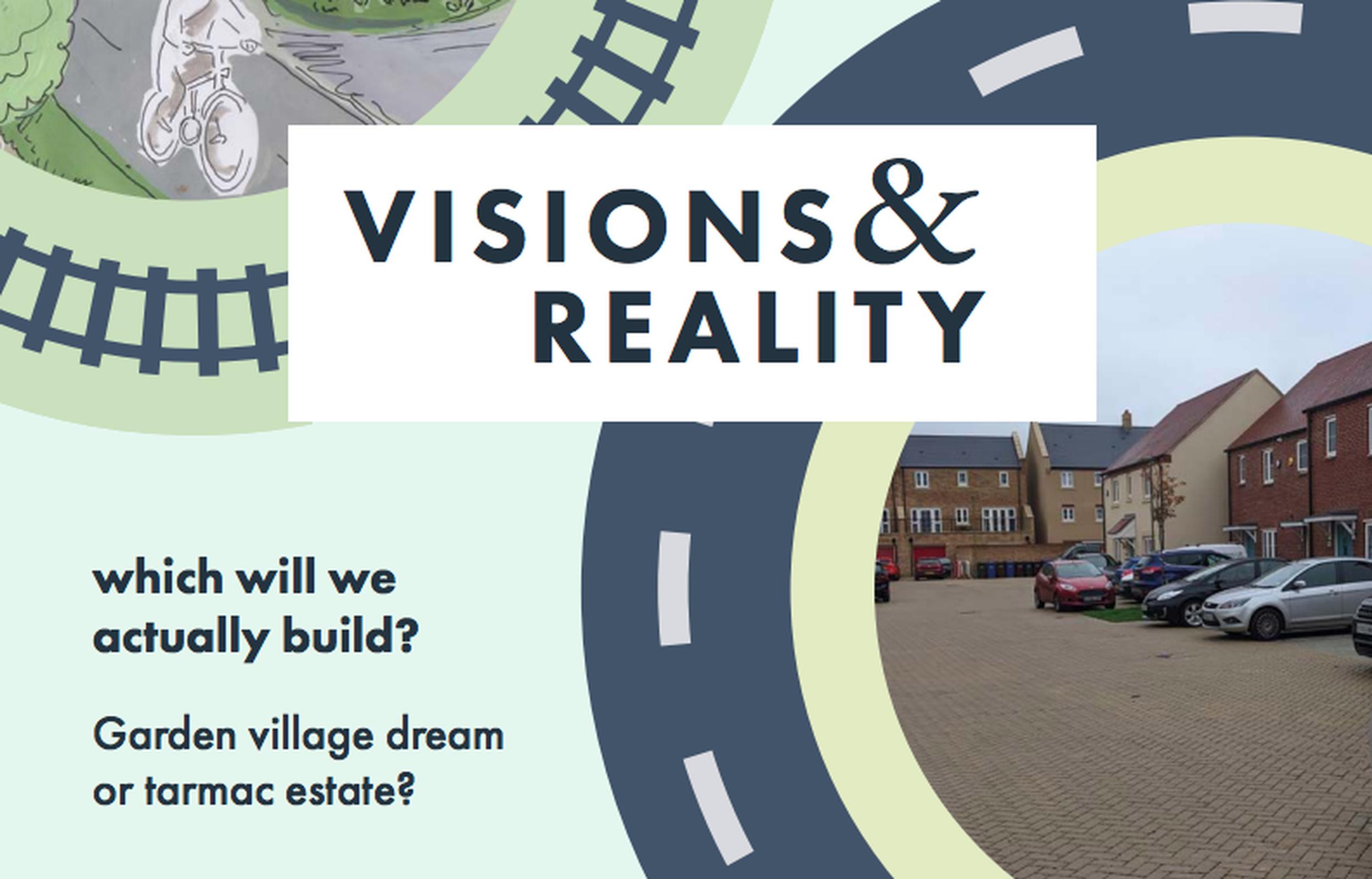 Garden Villages and Garden Towns are at high risk of becoming car-dependent commuter estates, research by Transport for New Homes has found. The group examined plans for 20 Garden Communities and found that they will create up to 200,000 car-dependent households, generating high levels of traffic on surrounding roads including motorways.

It looks like Garden Communities are to become car-based commuter estates just like any other – exactly what the government wanted to avoid. Rather than seeing the emphasis on public transport that the Garden Communities Prospectus promised, with new stations funded at the heart of the development, or firm investment in modern bus rapid transit, light rail or trams, nearly every Garden Community comes with a long list of road improvements such as bypasses, link roads and new motorway junctions

Jenny Raggett, Project Coordinator at Transport for New Homes, said: 'Put forward by the government as an alternative to characterless estates, Garden Villages may well end up with more tarmac than garden, limited public transport, and few ‘village’ amenities to walk or cycle to.'

The recommendations in Transport for New Homes’ report include:

The coronavirus outbreak has placed new emphasis on walking and cycling, with wider pavements and new cycle lanes springing up in cities. The benefits of living more locally have come to prominence.

By contrast, Transport for New Homes found that Garden Villages will be largely unsuitable for walking and cycling due to their remote location, their layout and their lack of safe routes in and out of the estate. Local facilities may well never materialise in these car-based developments: non-driving residents will be forced to walk up to seven miles to buy a pint of milk.

Looking to the future, the need for modern bus, tram and train networks to avert climate crisis is expected to come to the fore. But rather than new or improved public transport, the group found that plans for Garden Villages and Garden Towns promise major increases in road capacity to cater for a massive expected rise in car use. Garden Communities are not being planned with new metro stations at their hearts, nor are high-quality bus or tram routes assured to serve them in the future.

Many Garden Communities are backed by Government funding, the criteria for which are laid out in the MHCLG’s Garden Communities Prospectus. Communities should “be largely self-sustaining and genuinely mixed-use” with “public transport, walking and cycling” enabling “simple and sustainable access to jobs, education and services”. Instead, Transport for New Homes found strong evidence that:

• All 20 of the Garden Communities examined in detail will encourage car dependent lifestyles with the car the primary mode of transport at every single one.

• These 20 settlements will create up to 200,000 car dependent households.

• Only one settlement (Aylesham – although itself not funded by Homes England) offers amenities and a railway station within 1 mile of every home, though the train service is infrequent and there are no safe cycle routes to access it.

• All other settlements failed to provide access to amenities and a railway station within 1 mile of all new homes with safe walking and cycling routes.

• None of the 20 settlements will provide bus services to all households all day, all week.

• Cycle routes from Garden Villages into nearby towns will often be long and dangerous.

• Residents will have to walk up to 7 miles to access a railway station or go to the shops.

Steve Gooding, Director of the RAC Foundation and a Chair of the Steering Group for Transport for New Homes, said: 'The vision for garden developments is laudable but is at grave risk of being missed – far from being delivered in a way that would encourage us to leave our cars at home the reality looks set to ingrain car dependence.

'Living completely ‘car-free’ is probably a pipe-dream outside the centres of our towns and cities – the reality is that many of us will still wish to own and use our cars but not want to be forced to get behind the wheel for every trip we make.

'Good road connections matter: they’re vital for buses, bicycles and, as we’ve learnt in recent weeks, delivery vans too, not just for the private motorist. But they have to be designed with a sensible layout, including wide footways so that walking to the local shops or to school is a safe, practical and appealing proposition.'