There is a direct and indisputable link between the quality of places and their place value, or how they enable users to sustain healthy, socially rich, economically productive lifestyles that minimise environmental impact... 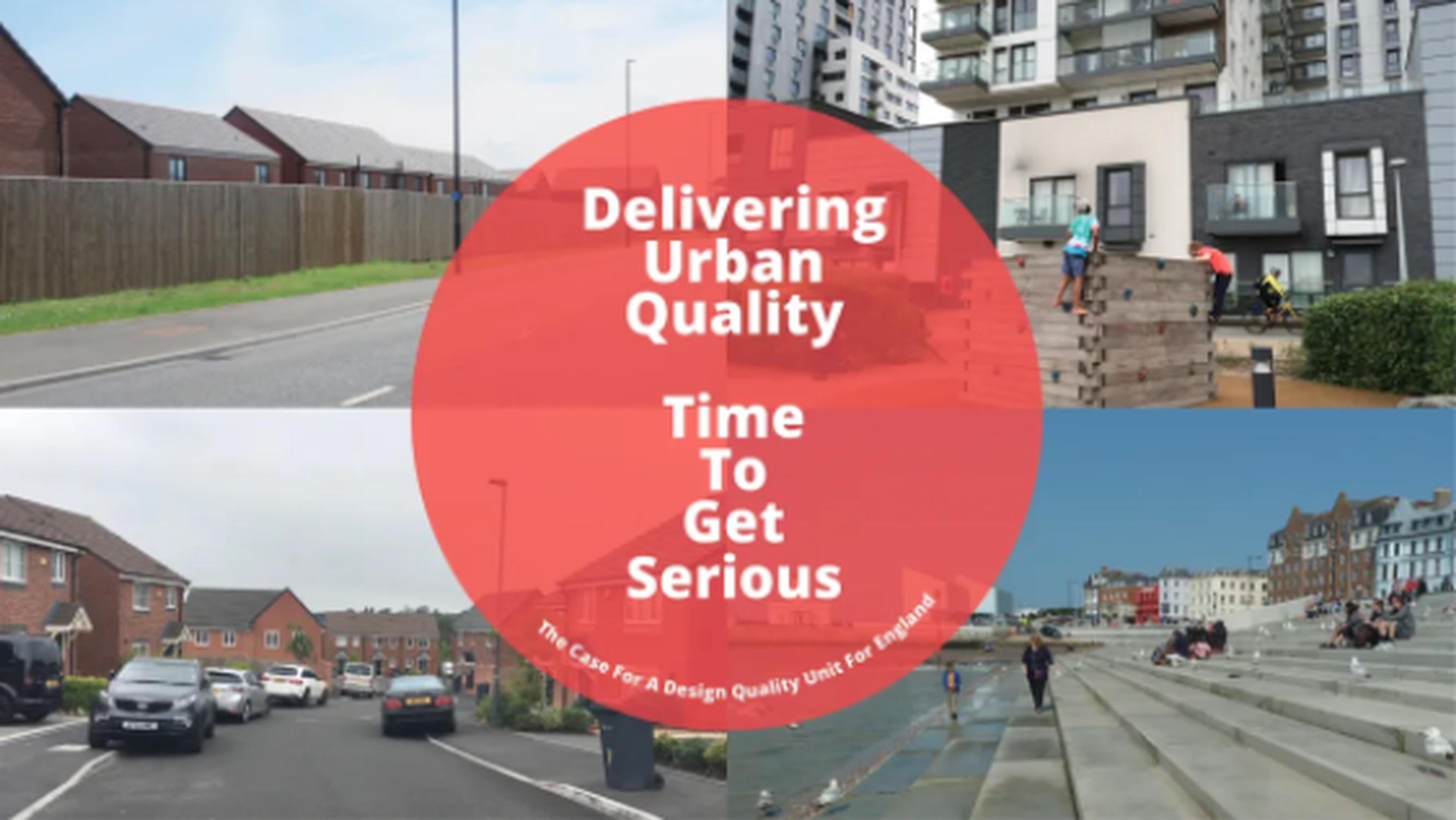 The Housing Secretary Robert Jenrick has said it is time to re-think the planning system 'from first principles' following reports that the government is considering the introduction of US-style zonal planning in the UK.

The announcement came a week after there were cross-sector calls for a design quality unit for England. It is time for Government to set up a Design Quality Unit for England to drive up the quality of urban development in England, says a consortium of organisations comprising the Academy of Urbanism, Civic Voice, CPRE, Design Council, Place Alliance, Trees & Design Action Group, UCL and Urban Design Group.

We have been systematically failing to deliver good quality urban design across England for decades, particularly in our new residential environments, there is now an opportunity for the Government to show real leadership and ambition to help turn the tide

The Unit should build on the work of the Building Better, Building Beautiful Commission (BBBBC), say the group.

In its report Delivering Urban Quality, Time to Get Serious, the consortium explains that it will be difficult to deliver the BBBBC’s proposals 'without a determined and public effort' by the government, which should harness the knowledge and commitment of the built environment sector.

Says Place Alliance, a member of the consortium: 'There is a direct and indisputable link between the quality of places and their place value, or how they enable users to sustain healthy, socially rich, economically productive lifestyles that minimise environmental impact.

'As the UK looks to strengthen its global position whilst levelling up at home, it will be ever more important that the quality of our urban environments enables us to compete for international talent and investment whilst enhancing the everyday well-being and quality of life for all.'

There was an overwhelming concern that greater attention should be given nationally to raising the quality of design, and strong support for the idea of a Design Quality Unit (DQU) to help drive that ambition.  Many questions were raised about the exact form a DQU might take, and only a very small minority view (less than 1% of the comments received) expressed reservations over the proposition.

In February, the organisations behind this pamphlet sent a letter to the Secretary of State for Housing, Communities and Local Government, Robert Jenrick, congratulating the Government on its increasing commitment to deliver a better designed built environment and collectively welcoming the broad thrust of analysis and advice advanced by the BBBBC.

They argued that we have been systematically failing to deliver good quality urban design across England for decades, particularly in our new residential environments and that now there is an opportunity for the Government to show real leadership and ambition to help turn the tide. We collectively urged the Government to set up a dedicated Design Quality Unit for England to confront the challenges head on and focus attention on the delivery of better design.

Housing secretary Jenrick, commenting on the release of a collection of essays on the planning system by right wing think tank Policy Exchange, recently, said: 'The time has come to speed up and simplify this country’s overly bureaucratic planning process.', adding that the government was 'thinking boldly and creatively about the planning system to make it fit for the future.'

His comments come after the Sunday Times reported at the weekend that Jenrick has been working with the prime minister’s controversial chief of staff, Dominic Cummings, on a package of radical planning reforms.

In March 2020, Housing Secretary Robert Jenrick MP made the biggest announcement of his tenure to date, setting out the direction of travel through a set of reforms to planning and housing delivery.

Very little firm detail was announced as much will be subject to the outcome of current or future consultation.  A flurry of further documents and legislation will follow during the year:

The 10-page statement of intent entitled 'Planning for the Future' set out a comprehensive range of initiatives for the coming years, some of which are developer friendly and some of which veer towards empowering local people to increase their say in what gets built locally.