The app enables all cyclists to report issues including potholes, close passes, collisions and obstructions, with capabilities specifically relating to social distancing to follow shortly 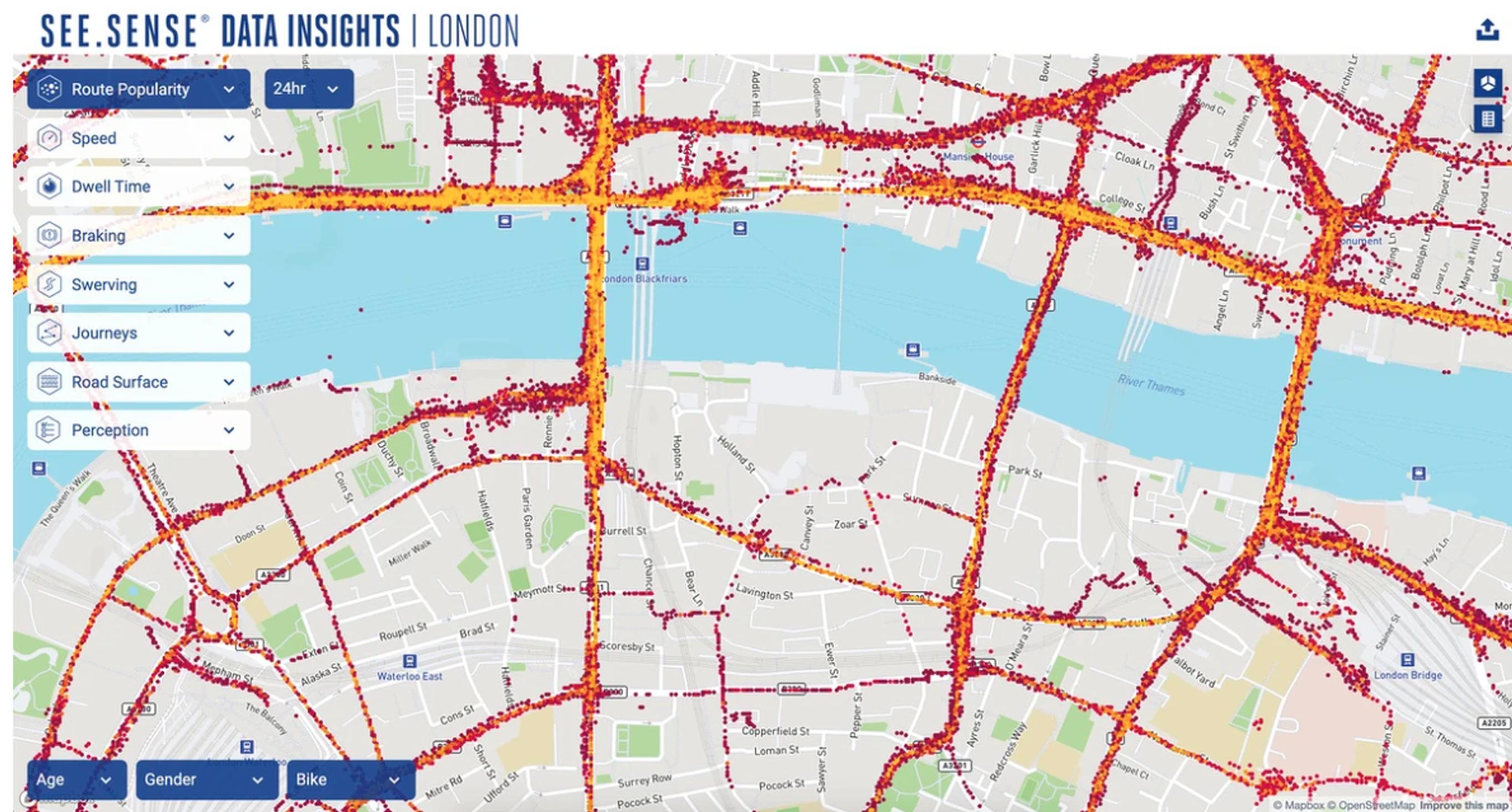 In response to the COVID crisis, See.Sense opened its app to all cyclists, not only users of the light, to help make UK roads safer.

The first element in the See.Sense campaign saw a free feature added to the app that enables all cyclists to report issues including potholes, close passes, collisions and obstructions, with capabilities specifically relating to social distancing following shortly.

See.Sense will be sharing insights in the 'Data for cycle network and infrastructure planning' webinar on June 19

Says Irene McAleese, See.Sense co-founder: ‘We were proud to launch #SeeSenseReport at the start of June 2020. This is a campaign in response to the covid-19 pandemic and crisis for cycling infrastructure. #SeeSenseReport is our new, free app feature (open to all cyclists, not just See.Sense light users) that is designed to empower cyclists to make reports about the location of issues related to their ride, including close passes, collisions, potholes, obstructions or something else.’

Over 100 million points of data have been collected thus far in Oxfordshire, not only showing where and when people cycle, but speeds, obstructions and road surface conditions

The next stage of the campaign will be to release the Infrastructure Requests feature (coming very soon). This added feature will allow cyclists to report the location of where they would like infrastructure or facilities improvements. Check the See.Sense website for further information.

See.Sense works with many local authorities to share cycling data. The Oxfordshire Smart Cycling Project, for example, sees data from the See.Sense app and light depersonalised and shared with county transport planners. Over 100 million points of data have been collected thus far in Oxfordshire, not only showing where and when people cycle, but speeds, obstructions and road surface conditions.

Insights collected from See.Sense lights add to the development of a comprehensive cycling dataset. Other sources of data include Vivacity Lab sensors, which use artificial intelligence to count cyclists and pedestrians passing through over 120 junctions in Oxfordshire.

Innovative technologies like See.Sense are providing the county council with a rich and ongoing source of cycling data that will be used to inform how the county council can reprioritise road space to provide improved cycling routes across the city and beyond.