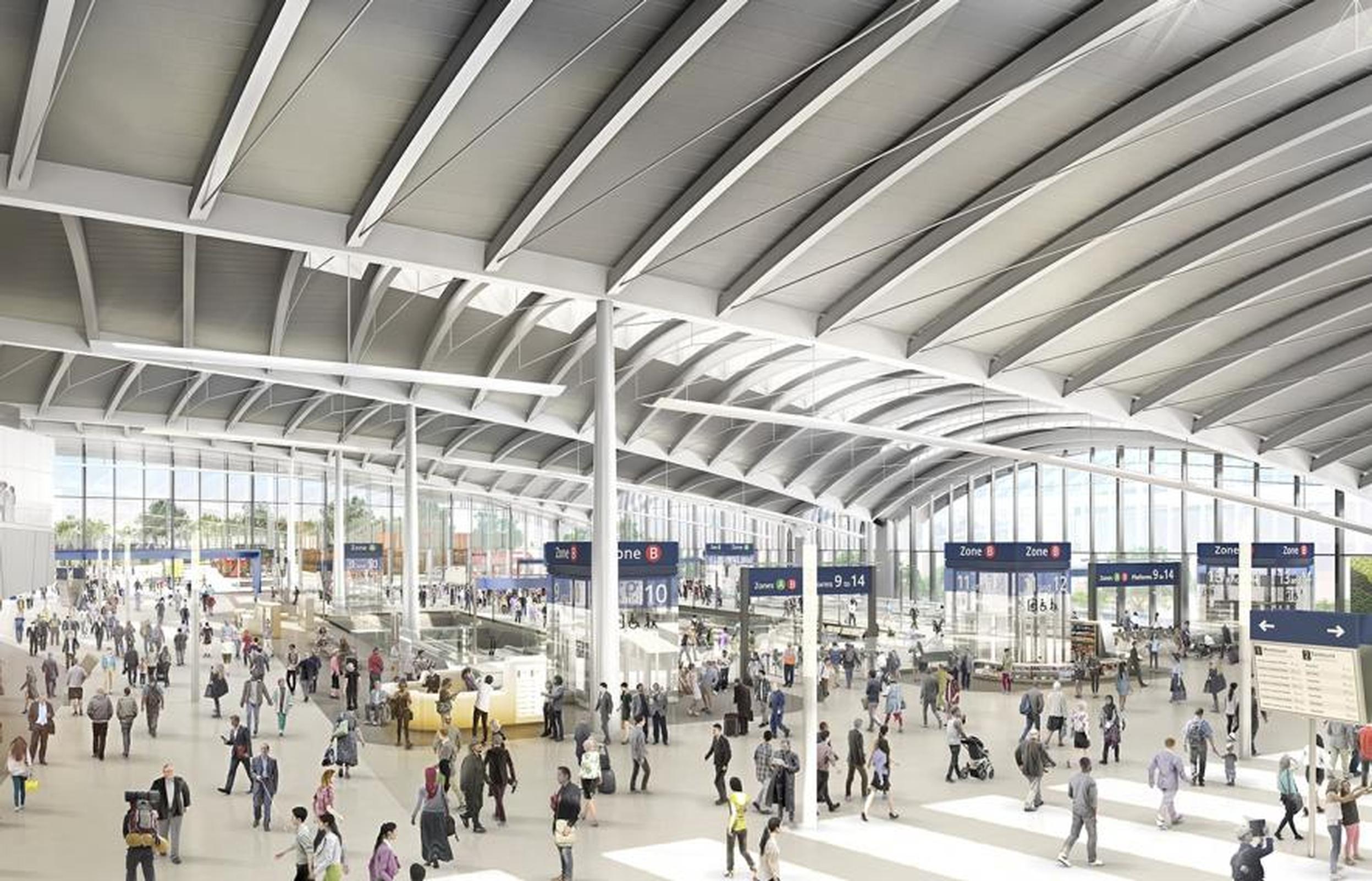 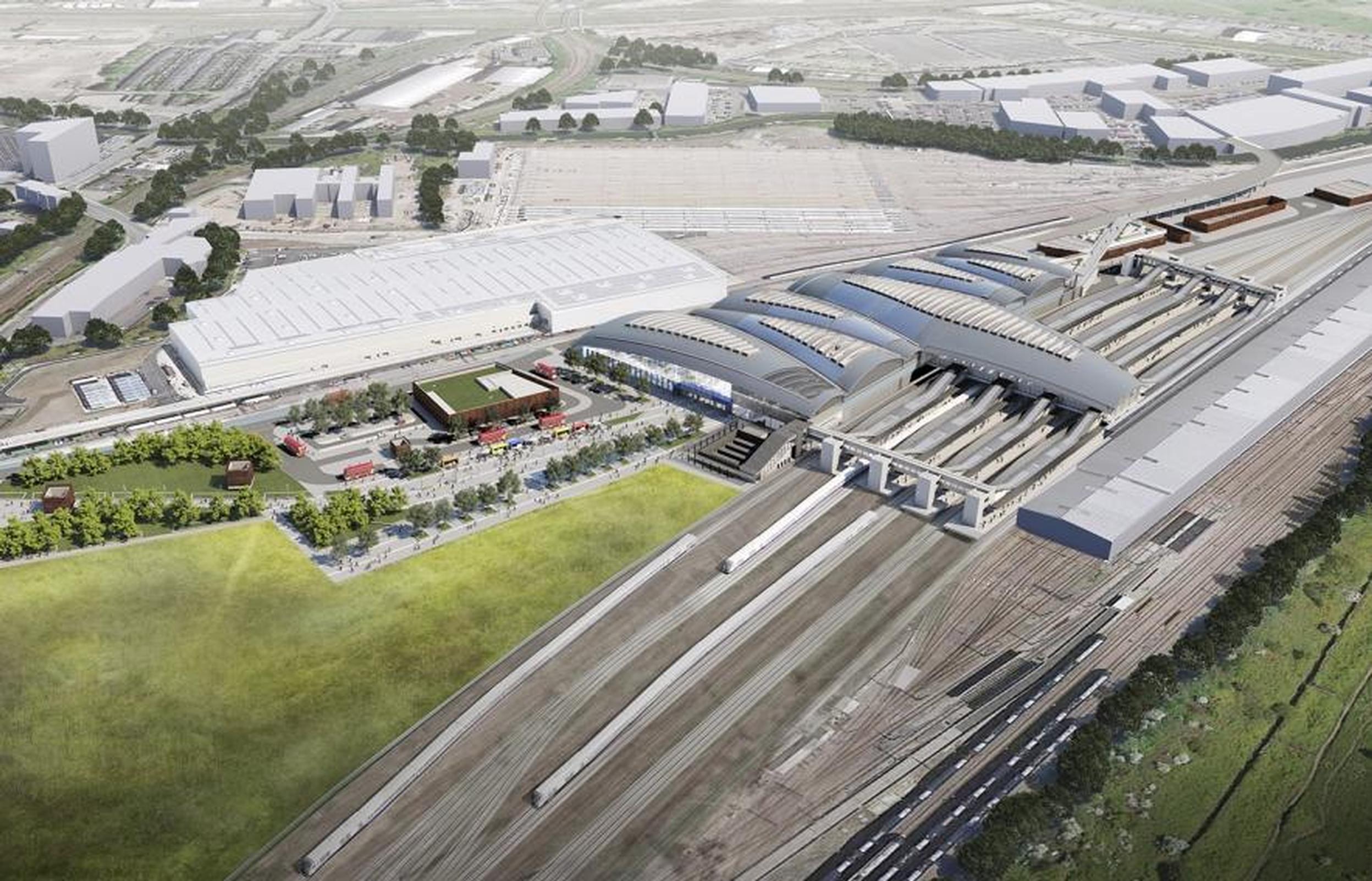 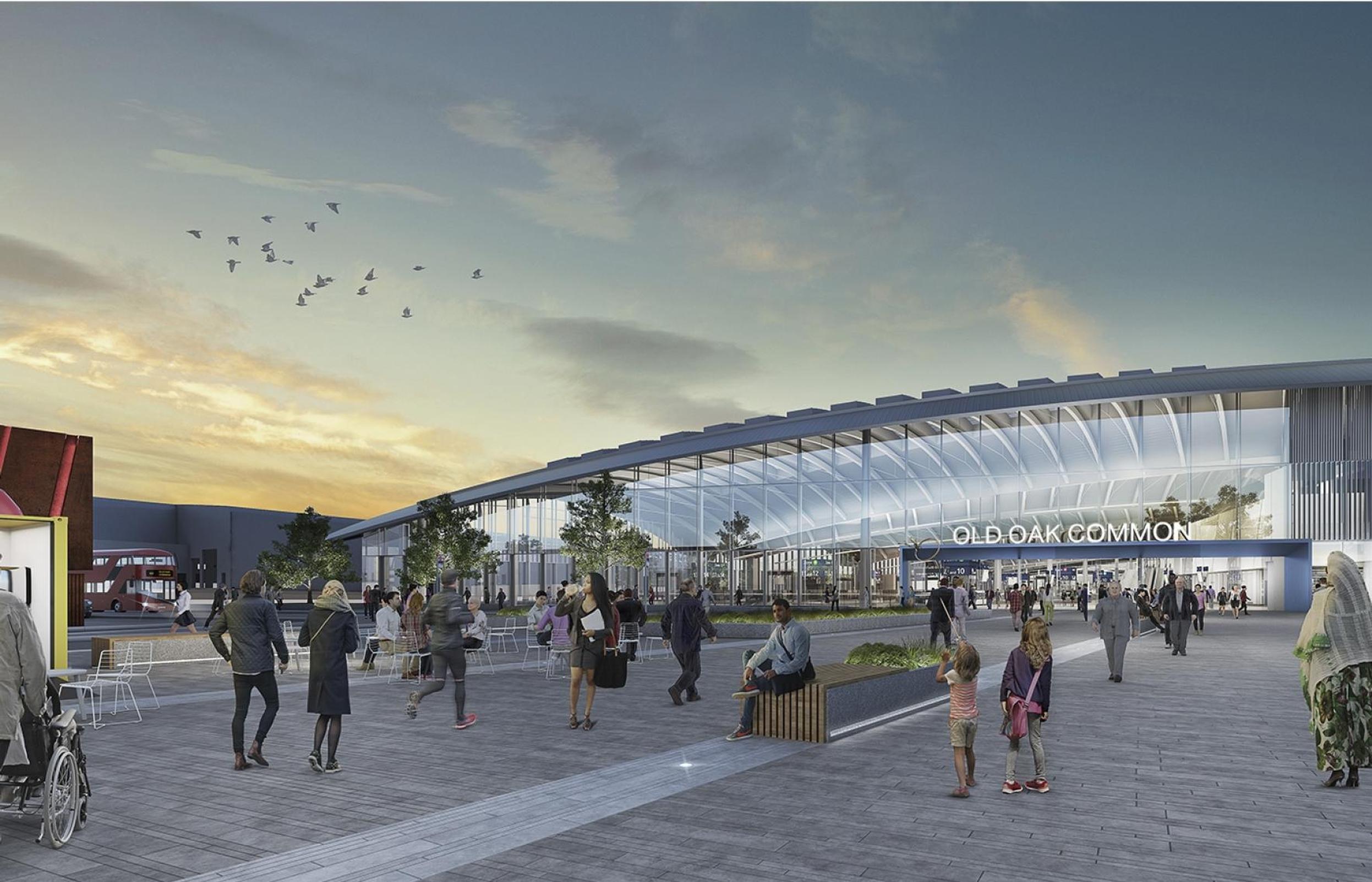 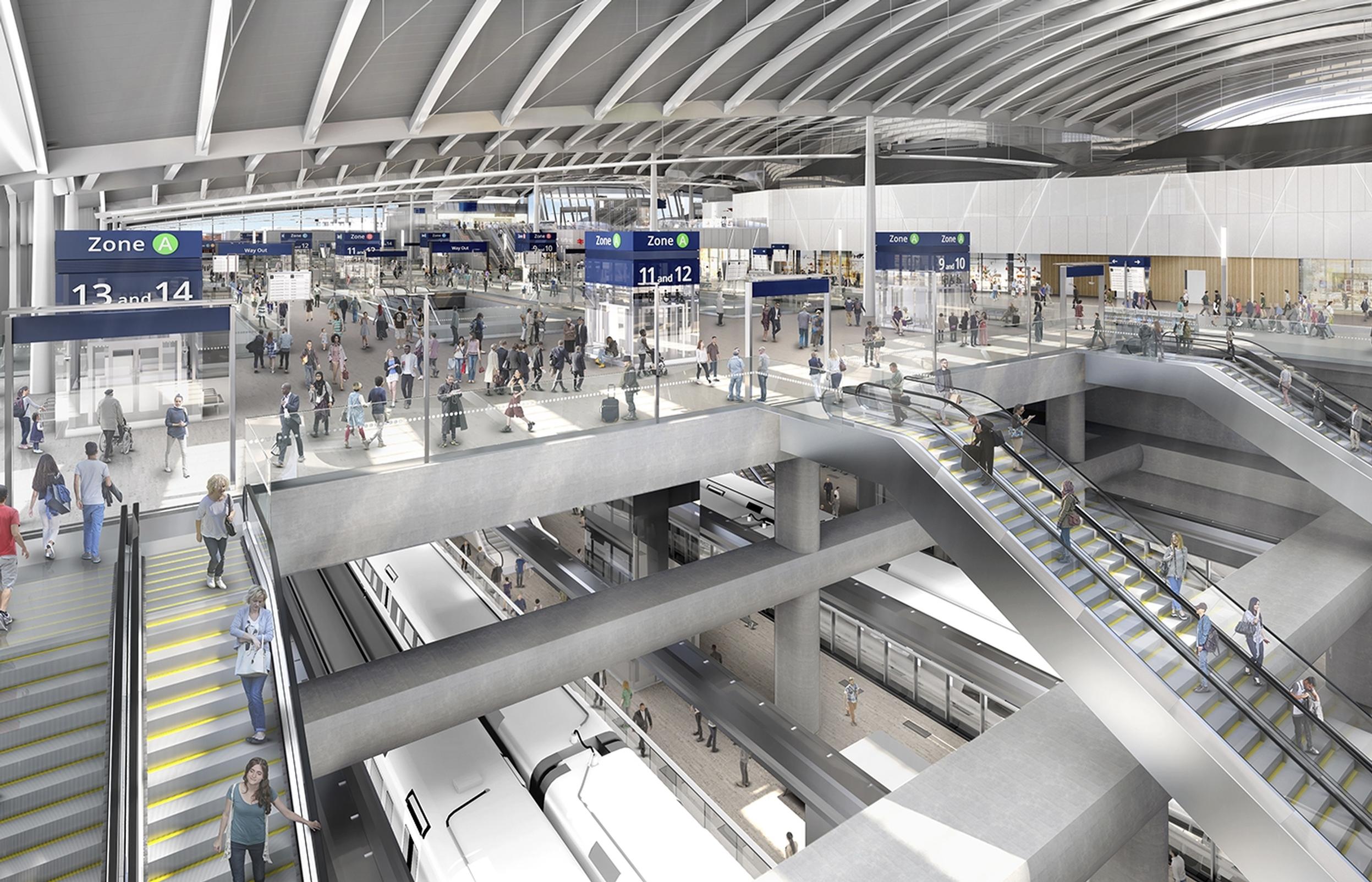 Planning permission has been granted for the £1.3bn Old Oak Common HS2 station. The station will be a major new hub providing connections to conventional rail services including the Elizabeth Line.

The decision by the Old Oak Common and Park Royal Development Corporation means work can now begin at the brownfield site in west London.

The station will have 14 platforms, a mix of six high-speed and eight conventional service platforms, with an 850m long station box. When operational, the station will be used by up to an estimated 250,000 passengers each day.

The station has been designed by Wilkinson Eyre’s design working with engineer WSP. The station will be built by a team led by Balfour Beatty.

The station will feature a sequence of interlocking curved roof forms that have been designed to enhance the open environment of the station and provide natural ventilation. The arch forms also reduce the need for columns to support the roof and provide clear sight lines.

New public spaces are also being created as part of the design including a square directly outside the station. It will include seating and cycle parking and could also be used as a setting for public artwork.

The station sits within a major new area of development, and is anticipated that will act as a catalyst for regeneration and social infrastructure. The development is set to unlock up to 65,000 new jobs and 25,500 new homes.