Weeks, not months, to deliver change

Highway and traffic authorities that have not taken measures to deliver ‘transformative change’ within the timeframe spelt out by the transport minister could be in breach of new Statutory Guidance. In the latest LTT webinar, Robert Huxford explored how best to help local authorities to respond swiftly 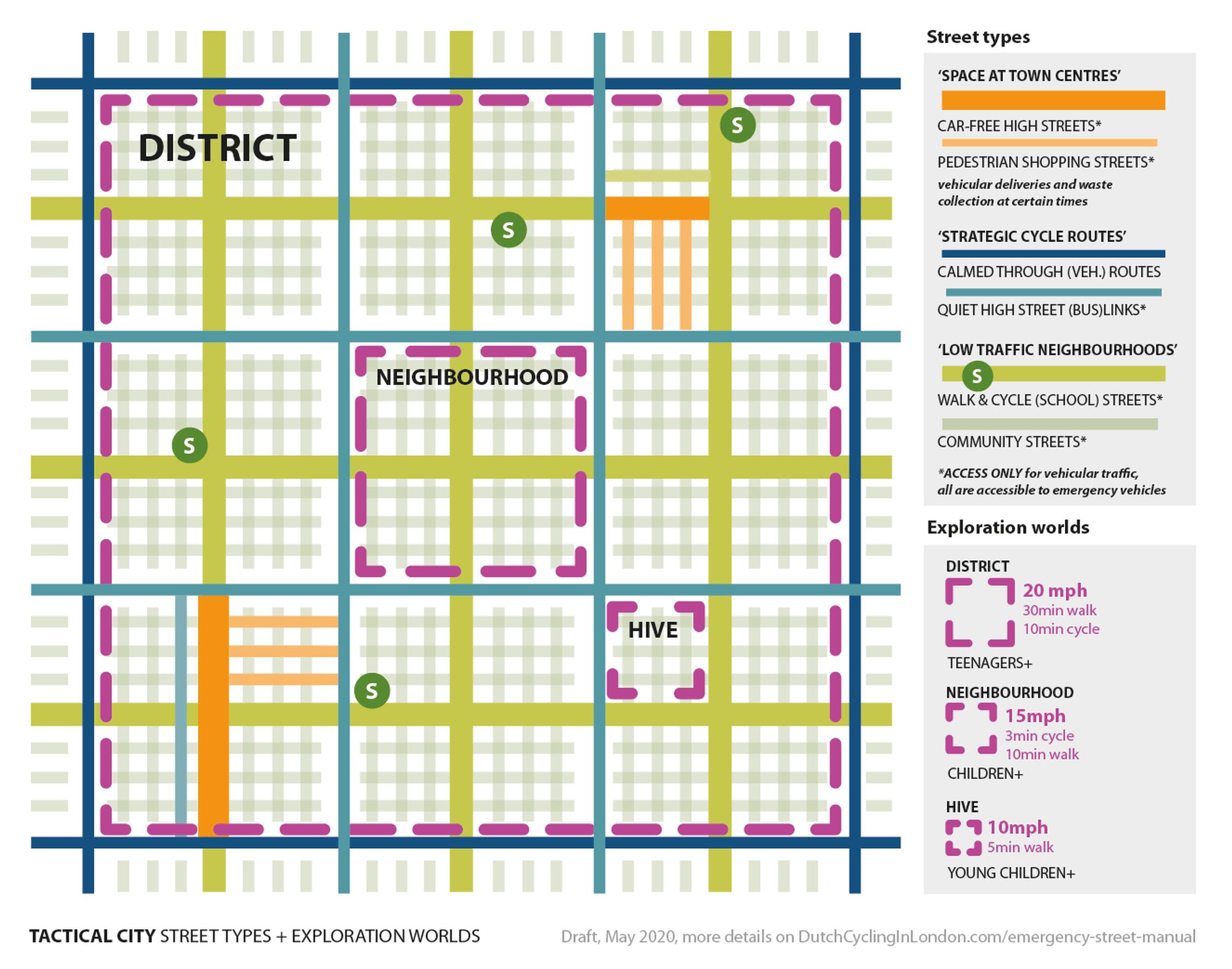 "We recognise this moment for what it is: a once in a generation opportunity to deliver a lasting transformative change in how we make short journeys in our towns and cities.”

This is Secretary of State for Transport Grant Shapps’ message in the foreword to the statutory guidance on network management in response to COVID-19. He then goes on to mention the benefits of active travel, including health, reduced air pollution and carbon emissions and local economic benefit.  To anyone who has campaigned for these sorts of measures, these words will be welcomed wholeheartedly; but are they just that, words?

In law, statutory guidance is a type of guidance that councils must follow unless they have a very good reason not to. It is not something that can be noted and then ignored.  A council may deviate from statutory guidance where it judges on admissible grounds that there is good reason to do so, but they do not have the freedom to take a substantially different course.

The Statutory Guidance is issued under Section 18 of the Traffic Management Act, and relates to the discharge of the Section 16 Network Management Duty.  Implicit in this duty is a whole-network approach, and not piecemeal measures. The Statutory Guidance specifically calls for “whole-route” approaches to create corridors for buses, cycles and access only on key routes into town and city centres.

The measures listed under the Statutory Guidance are all the things that one would expect, such as installing ‘pop-up’ cycle facilities, widening footways, pedestrian crossings and refuges, encouraging walking and cycling to school using ‘school streets’, widening existing cycle lanes to maintain social distancing and reducing speed limits.

The Statutory Guidance “expects local authorities to make significant changes to their road layouts to give more space to cyclists and pedestrians” and that “measures should be taken as swiftly as possible, and in any event within weeks, given the urgent need to change travel habits before the restart takes full effect”. That is weeks, not months.

There is also a raft of existing statutory duties that impel action: duties under the Highways Act 1980, Road Traffic Regulation Act 1984, Road Traffic Act 1988, as well as the Public Sector Equality Duty under the Equality Act 2010.

But the big question is whether local authorities have the resources to respond in time with the extensive network approach required?  The annual funding for local councils in England is nearly £12 billion less than it was a decade ago.

Spending on highways and transport services (including public transport subsidies) is down by 42 percent over that period, from around £146 per head in 2009-10 to £86 per head in 2019-20, according to the Institute for Fiscal Studies. Skilled staff have been lost, and now, with staff in lockdown and some re-allocated to other COVID-19 emergency tasks, the size of the challenge cannot be understated.

The amount of new funds being made available by central government, is £0, £50, £100 million or £2 billion depending on your perspective. The reality is that light, cheap and quick solutions within a coherent network plan will be required if local councils are to secure the street space required necessary to “change travel habits before the restart takes full effect”.

it would take £20 billion to permanently transform the quality of life for people who live in the UK’s urban areas with high specification low traffic neighbourhoods, and quality cycle routes. That’s one fifth the cost of HS2 for a national project that would directly benefit around 80 percent of the population

Progressive councils are introducing the measures under their own considerable statutory powers, making experimental traffic orders where necessary.   Many are able in theory to accelerate the plans that they were working on prior to the pandemic, but these may be in a minority. Councils need as much help as possible.

Rather than each trying to find its own way, it would make sense if there were detailed guidance on what to do and where. There are highway, public realm and urban design practitioners who are in a position to provide their expertise.

Saskia Huizinga, a public realm specialist, has been developing a simple street typology that could be very quickly applied to generate a network system of safe shopping streets, strategic public transport and cycling routes, as well as a local network for walking and cycling to enable safe travel to schools, shops and surgeries. David McKenna has developed principles for the Landscape Institute, along with advice on temporary measures and the importance of avoiding unsympathetic designs that could actually increase danger.

Councils already have street classification systems, not only the network classification that drivers recognise, but also systems for prioritising highways maintenance, winter maintenance, and even litter collection which classifies streets as high, medium and low intensity of use, and of course there is TfL’s nine street type system. There is no need to start with a blank sheet of paper.

The layout of most urban areas falls into three basic types: radial, grid and linear, and it should be possible to produce guidance for standard situations based on the intended function of each street and its physical dimensions.  Ever since the 18th century there has been a standard range of footway, carriageway and highway widths.

If the “within weeks” requirement of the Statutory Guidance is to be met, then local government needs detailed guidance within days.   A coalition of expert practitioners, professional institutions and interest groups, along with central and local government, could be the answer.

After the crisis, it is to the long-term that we must turn our thoughts.  Most councils have declared climate emergencies. The Statutory Guidance provides the authority to turn these words into deeds.

Temporary measures can make way for permanent improvements, and I estimate that it would take £20 billion to permanently transform the quality of life for people who live in the UK’s urban areas with high specification low traffic neighbourhoods, and quality cycle routes.

That’s one fifth the cost of HS2 for a national project that would directly benefit around 80 percent of the population!  But without a change in travel habits brought about in the next few weeks, the once in a generation opportunity will have been lost. We must act, and we can.

Robert Huxford is director of the Urban Design Group. Along with other professional bodies, Robert is working to create the coalition and the guidance that is needed, so please contact him by email at robert.huxford@udg.org.uk to find out more