How to protect cab drivers from COVID-19? 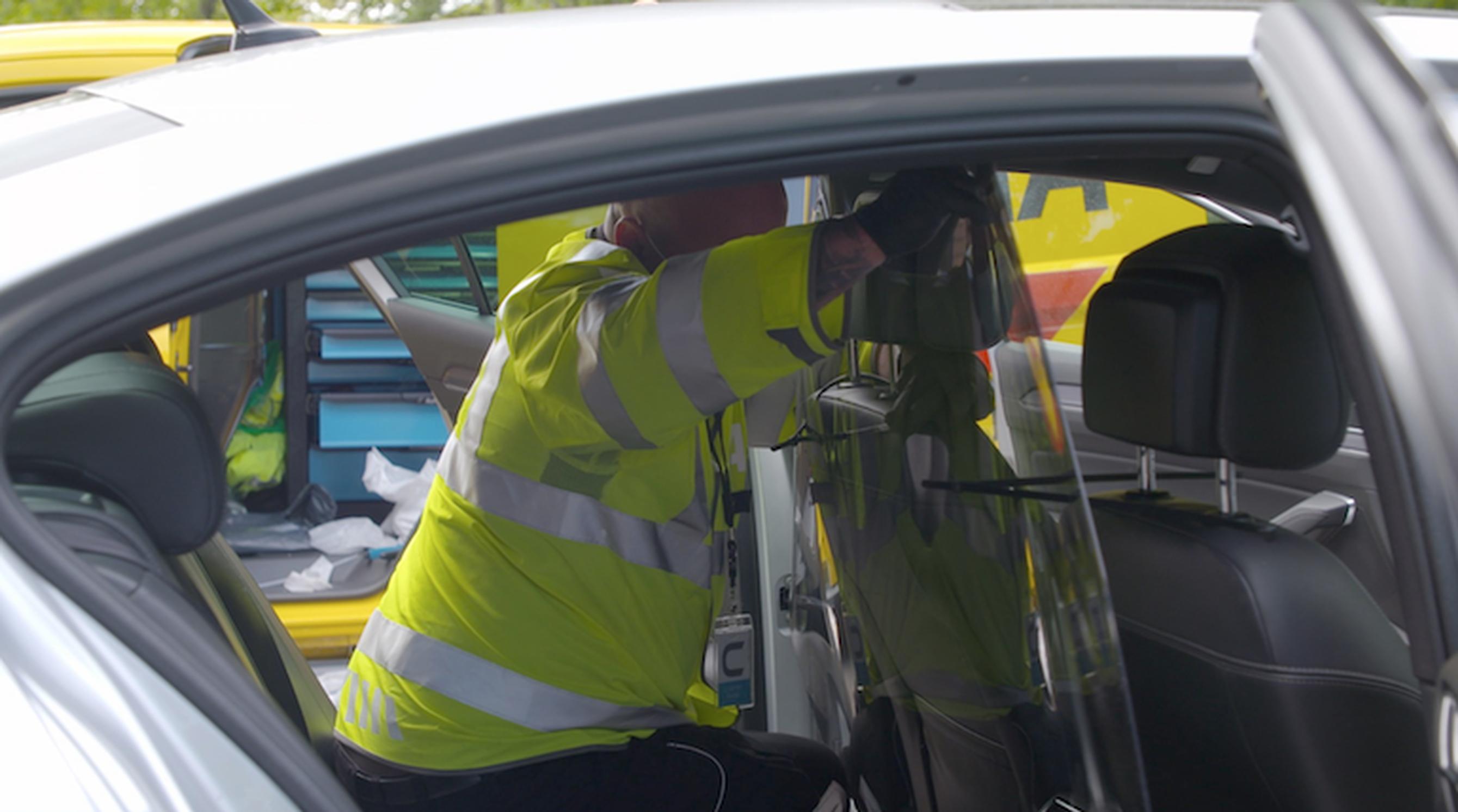 Commercial and private drivers of passenger vehicles have been among the groups worst affected by the disease due to the difficulties of social distancing in a confined space.

This has led to minicab companies taking safety measures such in response to the UK’s government’s easing of some coronavirus restrictions and people return to work. Taxi companies are distributing free personal protective equipment (PPE) to drivers and installing screens inside vehicles.

London’s largest private hire car operator, Addison Lee, is fitting perspex partition screens between drivers and passengers across its 4,000 vehicles next week. The screens need to be flame-retardant and shatter-proof.

Liam Griffin, chief executive of Addison Lee, said: “We know there is significant demand from drivers, passengers, businesses and the general public for more to be done to make transport cleaner and safer as we go back to work, including calls for the introduction of partition screens into private hire vehicles. That's why we have taken the decision to begin rolling out the installation of safety screens between drivers and passenger seats.”

The company is using an electrostatic antimicrobial cleanse of vehicles and aims to facilitate social distancing by encouraging passengers to use the rear seats of its seven-seater vehicles.

“If London is to gradually get moving again as the government adjusts its advice, it is vital to ensure that the public transport network is not overwhelmed, and that people have a clean and safe way to travel as they go back to work. This represents an enormous challenge for policymakers, businesses and commuters in the capital.

“Private hire vehicle (PHV) passenger services with strong safety and environmental standards are vital to ensuring individual car users do not swamp London’s roads, as has been seen in other countries where lockdowns have lifted.”

London’s estimated 21,000 black taxis are already fitted with partitions between drivers and passengers, but most minicabs in London do not have dividing safety screens installed. Transport for London (TfL), which regulates taxis in the capital, has updated its guidance for taxi and private hire vehicle firms, advising firms to have drivers and passengers socially distance, with passengers sitting in the back seats of cars. It advises drivers to carry a bottle of hand sanitiser gel in their vehicle that contains at least 60% alcohol.

When it comes to PPE such as face masks, gloves or partition walls, TfL said it is waiting for recommendations from the London Strategic Coordination Group (SCG) before mandating additional measures for taxis and private hire vehicles.

Ride-hailing app Uber is piloting the use of partition screens in the North East of England to understand of how to carry passengers on journeys as safely as possible. It has contracted the AA to install partitions in 400 cars in Newcastle, Sunderland and Durham. These are areas where Uber has been able to gain the permission of the regulator or city council, in order to ensure that the screens are installed safely.

The AA will also deep-clean and sanitise every car as part of the installation process.

Jamie Heywood, regional general manager for Northern and Eastern Europe at Uber, said: “The safety of the riders and drivers who use the Uber app is our number one priority. For weeks we’ve been urging people to stay home and make essential trips only. As people start to think about moving again, we hope our pilot in the north-east of England will help bring about a greater understanding of how to get people from A to B as safely as possible.”

Uber said it has handed out over a million single-use face masks to drivers, as well as 95,000 cleaning sprays. And in the coming weeks, it will hand out another two million masks.  It is working with Unilever to distribute free hygiene kits that include antibacterial spray and hand sanitiser to drivers across the UK.

Three drivers with Addison Lee, which carries more than 10 million London passengers every year, have died of coronavirus. Three Uber drivers have been confirmed to have died from COVID-19 in the capital.

Taxi trade body United Private Hire Drivers is concerned that Uber is not providing partition screens to its drivers in the rest of the UK, especially London, which has the largest concentration of Uber drivers in the country.

James Farrar, chair of the trade body, wants Uber commit to limiting bookings to no more than two passengers per vehicle, and to make the wearing of masks mandatory for both drivers and passengers.